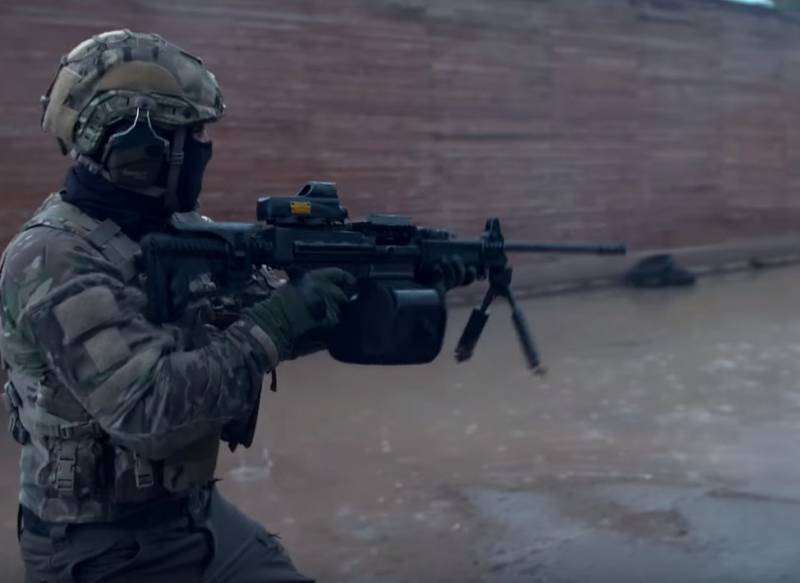 India is engaged in the modernization of the arsenal of small arms weapons their armed forces. A supplier has already been found, and this is not Russia. Although between our countries there have always been strong ties in the arms trade.


Recently, the Indian leadership is concerned about the increasing mortality of small arms, which are equipped with units of the ground forces of the country. The implementation of this task requires a difficult military-political situation in the state of Jammu and Kashmir on the border with Pakistan, as well as in those states of India where various rebel groups still operate.

Recently, the Indian Ministry of Defense signed a contract with Israel for the supply of Negev 7,62X51 mm LMG machine guns. Recall that the Negev light machine gun is one of the most famous Israeli-made machine guns. It is an automatic weapon with gas automatic and air-cooled barrel, and is available in two versions - standard and shortened.

The weight of the weapon is 7,95 kg without a magazine and accessories. The total length of the LMG is 1100 mm and the retracted length is 1030 mm. In semi-automatic mode, the Negev 7,62 × 51 mm fires 600 rounds per minute, while in fully automatic mode the rate of fire reaches 750 rounds. The magazine can be either an assault drum for 100 or 125 rounds, or an ammunition belt.

The machine gun, if necessary, can be equipped with several optical sights, such as a reflex sight with day / night illumination, a multi-purpose reflex sight with two laser pointers (visible and infrared), a weapon sight with a red dot, a magnifying sight x3 with a TAVOR adapter, a day sight with x4 magnification, multifunctional night vision mini-monocular, self-luminous reflector for 40 mm grenade launcher and laser pointer.

Note that in 2018, India has already signed a contract for the purchase of 40949 such machine guns. Then this decision was the first large-scale modernization of the arsenal of small arms of the Indian army in the last twenty years. The main requirement of the Indian command, which was presented to the purchased weapons, was its compatibility with all additional accessories, including optical sights.

Currently, India has decided to purchase an additional number of machine guns. According to the terms of the contract, approved by the country's defense minister Rajnat Singh, India will acquire 16 modern machine guns. As emphasized in the country's military department, the Negev 479x7,62 mm LMG is a battle-tested weapon that is used in several countries around the world.

The Indian military believes that a machine gun will significantly increase mortality during the battle, allowing soldiers to shell a large territory. Accordingly, the combat power of the ground forces units will increase, which will lead to an advantage during clashes with the enemy.

At one time, India considered the possibility of acquiring small arms from the Russian Federation, but then decided to abandon this idea and bought machine guns from Israel. And this is not the first refusal of the Indian side, our traditional partner in the arms trade, to conclude contracts with Russia.

Ctrl Enter
Noticed a mistake Highlight text and press. Ctrl + Enter
We are
India accuses Pakistan of using TOW TOW in Jammu and KashmirIndia will build a network of strategic tunnels at the Chinese and Pakistani borders
198 comments
Information
Dear reader, to leave comments on the publication, you must to register.