The unpopular Winter War became the forerunner of the Great Victory 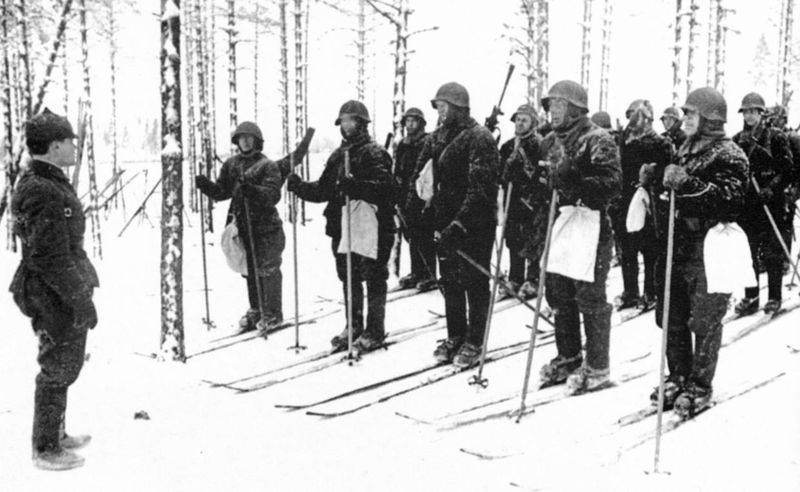 The story from the distant Civil

This war is unpopular among Russian politicians and historians, and among the people. The reason for this is two important factors: the heavy losses suffered by the Red Army in battles with the Finns, and the capture of foreign territory. The second factor was a particular irritant because it conflicted with the official interpretation of the wars, divided by Soviet ideologists into “just” and “unjust”, which were synonymous with liberation and predatory wars.

Because of the Soviet-Finnish war of 1939-1940, it was customary to speak in passing (almost a tongue twister) so as not to touch upon issues that were painful for ideology. Such a silence came sideways when, in post-Soviet times, tolerant historians emphasized the annexation of Finnish territories, without delving deeply into the nature of the conflict.

Meanwhile, its roots must be sought in the hot times of the Civil War, when Finnish nationalists, encouraged by the granted independence, dreamed about "Great Finland" and rushed to the Russian North. Stories Two Soviet-Finnish wars of that period are known (1918–1920 and 1921–1922). Both of them took place on Russian territory.

There was a time when the white finns (remember those?) Controlled up to five volosts of the Arkhangelsk province. They created an unrecognized North Karelian state on these lands, which ended its existence under the terms of the Tartu Peace Treaty between the RSFSR and Finland of October 14, 1920.

Soviet-Finnish wars of the twenties, domestic historians regarded as a fight against foreign intervention. After the passage of time, from which side do not come to these conflicts, it is difficult to choose another assessment.

As the Finnish authorities recorded the USSR as their enemy

These wars left a heavy imprint on the relations between the two countries. Finnish newspapers have long practiced hatred of Soviet Russia, set the people to reject not only the country and the system, but also ordinary Soviet people. The authorities also did not have a special love for neighbors.

A case is known when Finnish President Svinhuvud, during his visit to Berlin in 1937, told the Germans that "the enemy of Russia should always be a friend of Finland." Meanwhile, at that time, relations between our countries were built on the Non-Aggression and Peaceful Settlement of Conflicts between Finland and the Soviet Union, signed in the winter of 1932.

Despite this interstate agreement, Swinhuvud has already conceived the Soviet Union as an enemy of Finland. Against such an emotional background, in 1938, negotiations began between the two countries on territorial exchange. Moscow, in anticipation of a major war, asked to move the Finnish border 90 kilometers from Leningrad and lease the USSR four islands in the Gulf of Finland. As compensation, Finland was offered a territory in East Karelia with an area of ​​more than five thousand square kilometers, twice the size of the land requested from the Finns by the Soviet Union.

The Soviet Union learned from the failures of the Winter War

As they say, word for word - came to hand. Negotiations on the exchange of territories only led to increased tension in relations between the two countries. It all ended in a hot war, indicating that the theme of the territories adjacent to Leningrad was extremely important for the Soviet Union.

The formal reason for the war was the so-called Maynil incident. On November 26, 1939, near the village of Mainil near the Finnish border, our post was fired by artillery. The USSR sent Finland a note of protest. The Finns rejected her without pleading guilty.

Countries began to prepare for war. It began just four days later. The Red Army attacked the Finns on the Karelian Isthmus. Military aviation carried out the bombing of Helsinki, but did so extremely unsuccessfully. Due to pilot error, bombs fell on the residential sector. Western media are filled with illustrations of the destruction of peaceful Finnish houses. The USSR was recognized as the aggressor and expelled from the League of Nations.

The Red Army faced big problems. Military historians believe that Soviet strategists underestimated the enemy and the conditions of the war. Stalin called it harsher. The fact is that the Winter War was preceded by a victory on Khalkhin Gol, the annexation of the western territories of Belarus and Ukraine occupied by Poland. These successful events for the Red Army took place literally within six months before the war with Finland. They formed in the command staff, according to Stalin, the psychology "throw caps."

The war had to be fought in wooded and marshy areas and low temperatures (frosts reached -40 degrees). Failures of equipment, frostbite of personnel followed. They leveled the fire and numerical advantage of the Red Army.

Faced with this, the Red Army suffered heavy losses. “The most tragic episode of the first stage of the fighting,” says military historian Dmitry Khazanov, “was the defeat of the 44th Infantry Division in the battle on Raat Road. By January 8, 1940, almost the entire compound was killed or captured, and only a small part of the military managed to get out of the encirclement, abandoning all equipment and convoys (the Finns got 37 tanks, 20 armored vehicles, 350 machine guns, 97 guns, 160 cars, all radio stations) ".

The command of the compound, led by brigade commander Alexei Vinogradov, was sent to the tribunal and then shot. By February, the order at the front was brought in and began to crowd out the Finns. By mid-March, the Red Army occupied more than 11 percent of Finland. After which peace was concluded on the terms of the Soviet Union.

The Soviet government and the command of the Red Army took into account the lessons of the Winter War. Defense Minister Marshal Kliment Voroshilov, Hero of the Civil War, was dismissed. Stalin no longer trusted him with such large-scale operations.

The 1st rank commander Semyon Tymoshenko was appointed Minister of Defense. It was under his leadership that the troops of the Northwestern Front stormed the "Mannerheim Lines" and put an end to the Soviet-Finnish War.

Under Minister Tymoshenko, combat training plans and the tactics of armored forces were revised. We took into account many other things. For example, in aviation they worked out the start of engines at low temperatures. This was very useful in the battles near Moscow in 1941, when Soviet pilots flew to combat missions in severe frosts, but the Germans did not. Made adjustments to the design of weapons and equipment. They began to use units of skiers. He came to the troops "Molotov cocktail."

The hard lessons of the Winter War, which claimed the lives of 120 thousand Red Army soldiers, became, in the opinion of military historians, the forerunner of our Great Victory over Nazi Germany.

We are in Yandex Zen
The tragedy of the American army ("The Atlantic", USA)
Great Finland Project
152 comments
Information
Dear reader, to leave comments on the publication, you must to register.