Admiral Kuznetsov: the smoke cleared. Damage assessment and reflection on the future of an aircraft carrier 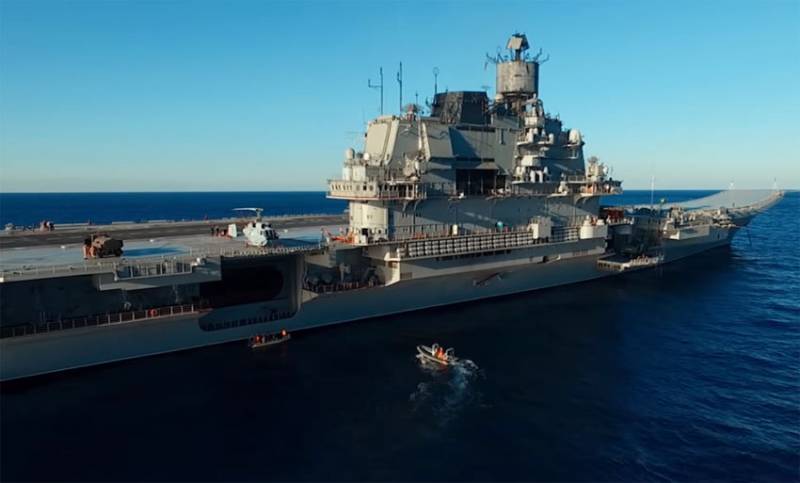 The smoke from the fire disappeared on the only Russian aircraft carrier, and what is happening to Kuznetsov now and what will happen to it in the future?


First of all, it should be noted that the panic suggestions that were heard after the last state of emergency regarding the fact that now "the old man will be sent to the scrap" are not confirmed. As far as we know, the ship is still at the berth of the 35th shipyard near Murmansk in anticipation of the resumption of full-scale repair work. Also, the allegations that, as a result of the fire, their estimated cost soared either to 90, or to 95 billion rubles, were not justified. As the president of the United Shipbuilding Company JSC Alexei Rakhmanov said on this occasion, there can be no question of such figures.

The damage is definitely great - shipbuilders tentatively estimate its size at 300 million rubles. Many experts are skeptical of such estimates, believing that the numbers are underestimated.

However, the final conclusions will be made only after the announcement of the report of the special commission dealing with both the investigation of the causes of the emergency and the assessment of the extent of its consequences. It was tentatively expected that she would finish her work in January, but so far no official statements had been made by her members, therefore, the line under the proceedings was most likely not drawn. Either summed up, but they have not yet decided to announce the results of the assessment.

One way or another, but at the beginning of this year, the same Mr. Rakhmanov confidently said that the December fire would not have a significant effect on both the timing of repairs at Admiral Kuznetsov and their estimated cost. In any case, if last year the head of the USC firmly promised that the aircraft carrier would be commissioned in 2021 with a delay of a maximum of four months from the terms specified in the contract, now, according to him, the ship will be able to go to sea trials later - in 2022. However, the point here is not only in the fire, but also in the need to carry out a number of additional actions that have already been revealed in the process of work that has begun.

According to available information, after an emergency, which became the subject of a criminal case instituted on his fact, at the Zvezdochka branch in Murmansk, where Kuznetsov is now located, security measures were significantly increased, especially when conducting welding and other similar work, for discipline and compliance with the necessary rules and they are watching the norms there, as they say, in all eyes.

Be that as it may, but at the Naval alternatives to the return of the Tavkr, which some have already hurried to write off, fleet Russia today simply does not exist. Farewell to "Admiral Kuznetsov" will mean a bold cross on the Russian deck military aviation, which will later have to be revived from scratch. Our Navy, of course, needs a nuclear submarine or a “pair of frigates,” the cost of which some experts compare the price of repairing an aircraft carrier. However, no one will be allowed to launch a knife for the sake of momentary interests, one of a kind and not having analogues at the present time. To call such a decision reasonable would definitely be difficult.

We are in Yandex Zen
Situational analysis of the death of the MH17 flight (Malaysian Boeing 777), made on the basis of engineering analysis from 15.08.2014
Syria: Americans scare themselves, and Asma Asad buys chairs
100 comments
Information
Dear reader, to leave comments on the publication, you must to register.