What is happening in Idlib on the eve of the meeting between Putin and Erdogan: the alignment of forces 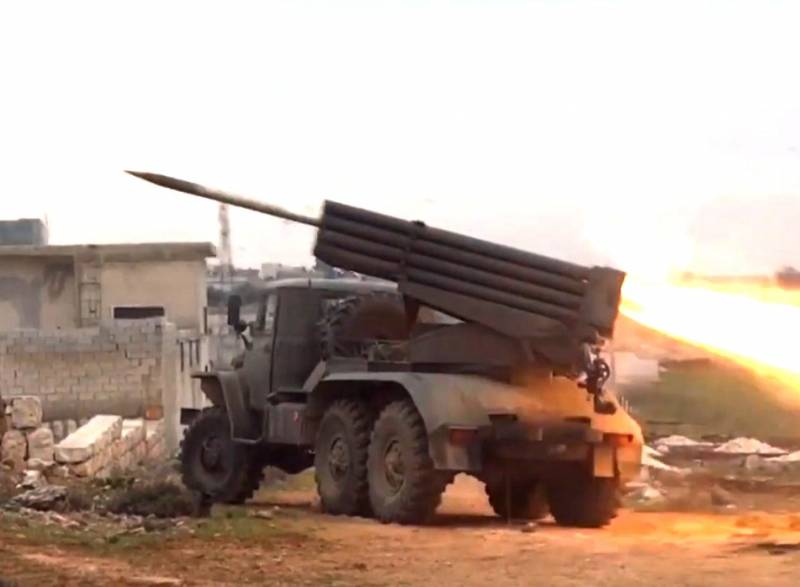 Today, March 5, a meeting between the presidents of Russia and Turkey, Vladimir Putin and Recep Erdogan, will take place in Moscow. But in northern Syria, the situation remains extremely tense.


None of the warring parties currently has an absolute advantage over the enemy, which would allow it to establish control over the province of Idlib. This situation has developed thanks to the support of two strong states: the Syrian Arab army supports aviation Russian Aerospace Forces, radical formations - Turkey, which sent an impressive contingent to Syria.

Currently, the alignment of forces in the province of Idlib is as follows. The Syrian Arab army, the main participant in the hostilities of the legitimate government of Damascus, has concentrated an impressive group of troops in the province with tanks, artillery, anti-aircraft systems.

The main striking force of the SAA is the 25th Special Forces Division (Tiger Forces). It was her fighters who played a crucial role in regaining control of Serakib. Another important division is the 11th Panzer. From the air, CAA is covered by the Syrian Air Force and the Russian Air Force.

In addition to the regular government forces and the Russian Air Forces, Shiite militias, including the Lebanese Hezbollah and volunteer forces equipped with Shiites from Afghanistan and Pakistan, are fighting in Idlib on the side of Damascus. They also suffer heavy losses (Turkish media recently reported the deaths of dozens of Shiite fighters).

The armed formations of the militants are scattered. Basically, it is “Khayyat Tahrir al-Sham” (the former “Jebhat-en-Nusra * * - banned in the Russian Federation), the so-called Front of National Liberation * and the Syrian Free Army, as well as numerous formations, subordinating, in fact, only to their own to field commanders. The TNF and the SSA, combined into the SNA (Syrian National Army) are actually acting in the interests of Turkey and are supported by the Turkish armed forces. 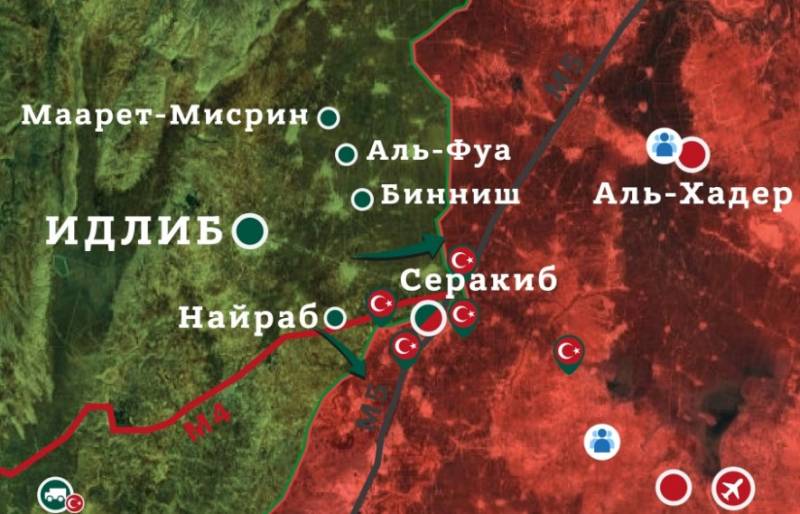 Now Turkey has concentrated an impressive military group in northern Syria, the size of at least the size of a mechanized division. The total number of pro-Turkish units and Turkish troops in the provinces of Idlib and Latakia is at least 50 thousand people, including about 15 thousand of them - soldiers and officers of the Turkish regular army.

Thus, the number of pro-Turkish formations together with the combat units of the Turkish Armed Forces is almost equivalent to the number of government troops, but thousands of Turkish troops are concentrated in Turkey in Hatay province and can also cross the Syrian border at any time, thousands of soldiers are engaged in ensuring the operation while in Turkish territory.

But the number of militants and the Turkish military is not an obstacle for the Syrian government forces, which continue to successfully advance, albeit not at such a decisive pace.

According to HalabTodayTV, parts of the Syrian Arab army in the province of Idlib conduct shelling of militant positions north-east of the city of Idlib, as well as in the vicinity of Binnish. Under fire - the fortifications built by the militants of "Khayyat Tahrir al-Sham" (banned in the Russian Federation).

In the vicinity of the village of Tranba, Syrian government forces managed to repel the militants' attack. Another attack was reflected in the area of ​​Shanshara - an archaeological site, which is listed on the UNESCO World Heritage List. In both cases, the terrorists were forced to retreat.

Clashes between militants and parts of the Syrian Arab army also developed in the area of ​​Tadif. Al-Fatyr settlement was also taken by government forces the night before.

While Recep Erdogan was going to meet with Vladimir Putin, the Turkish military arranged for the arrival of the next convoy to Syria. In the area of ​​the settlement of Batabu, a column of Turkish military equipment was spotted, which was obviously sent to support the militants.

We are in Yandex Zen
The attack on the Russian aircraft and the political situation in Turkey
Syria: Americans scare themselves, and Asma Asad buys chairs
37 comments
Information
Dear reader, to leave comments on the publication, you must to register.