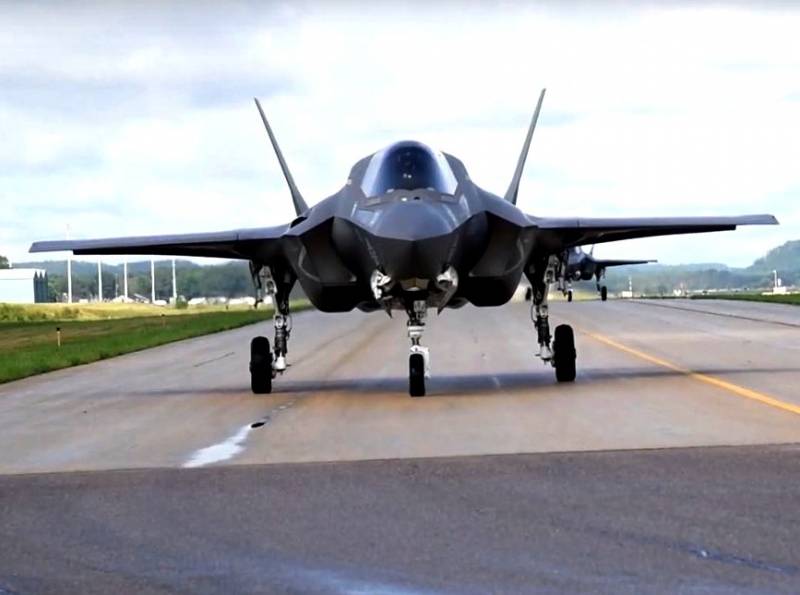 Italy’s acquisition of fifth-generation F-35 aircraft unexpectedly led to controversy between the two armed forces, which should be available to the aircraft. The Italian Air Force and Navy can no longer decide who will get the most F-35B aircraft, having entered into a kind of battle for fighters.


It is known that by now the Italian government is going to purchase 90 F-35 aircraft, including 60 F-35A and 30 - F-35B. Of the thirty F-35B aircraft, 15 should go into service with the Air Force and 15 into the naval forces aviation Naval forces.

On February 22, 2020, the Italian Air Force received its first F-35B STOVL aircraft (short take-off and vertical landing). The STOVL stealth aircraft is considered indispensable for expeditionary operations in the Air Force Command, especially from short runways. For example, in the same Africa, for every runway suitable for use by a conventional aircraft, there are ten short ones that can only be used by an aircraft of the STOVL type.

However, even the US Air Force, which is incomparably more likely than the Italian Air Force, to participate in expeditionary operations, including at an enormous distance from the American borders, does not consider it necessary to purchase F-35B aircraft. Therefore, the persistence of the Italian Air Force command, wanting to find such aircraft, was skeptical about the highest naval officers and military experts who left the ranks of the naval forces.

So, Admiral Luigi Binelli Mantelli, who previously held the post of chief of staff of the Italian Navy, wrote an open letter to the Italian Minister of Defense Lorenzo Guerini, in which he tried to describe all the disadvantages of the delivery of STOVL aircraft to the Italian Air Force. The admiral believes that the F-35B should go exclusively to the service of the country's Navy, since version B will be more expensive to maintain than version A, which is already used by the Air Force.

The admiral’s position is understandable: initially, the Italian fleet claimed 22 F-35B aircraft. If only 15 aircraft are at the disposal of the Navy, this means that no more than 8-10 aircraft will be in constant readiness, which the admiral considers to be clearly insufficient for the Italian naval aviation.

Dissatisfied with the naval command and the fact that the aircraft was delivered to the air force and the pilots of the Air Force, thus, will be able to begin training on a new fighter earlier. Meanwhile, maritime operations are much more complicated and naval pilots need more time to master the latest technology. Since the F-35B is a much more complex aircraft, pilots will also need to prepare for a long time. But for some reason the Italian government did not take this circumstance into account.

However, be that as it may, the Italian armed forces have at their disposal the latest STOVL fighter. The most reasonable would be to combine all the F-35B, which will be in service with the Air Force and the Italian Navy.

Given today's limited budgets, it makes sense to have a single base for all F-35Bs, on which you can focus on training, maintenance and logistics,
- emphasizes the Italian analyst Alessandro Marrone.

Retired general Leonardo Tricarico, the former commander of the Italian Air Force, who cites the British model as an example and model for Italy, is in solidarity with him. Squadrons of the F-35B Navy and US Air Force share one base in Norfolk, under the control of the Royal Air Force. If Italy chooses a similar scenario for the placement of aircraft, then all 30 Italian F-35V may be at the military base of Amendola in Puglia.

By the way, the Amendol base began to be prepared for the deployment of new aircraft in 2012. However, the naval command believes that the base in Grottaglie, which is also located in Puglia, but closer to the port of Taranto, where the aircraft carrier of the Italian Navy "Cavour" is based, would be much better. Who will win the dispute is not yet clear.

We are in Yandex Zen
F-35A and the new look of Hel Haavir. Netanyahu's loud statement "stumbles" about the power of modern Iranian air defense
How the US and the allies got the worst of the newest combat aircraft
13 comments
Information
Dear reader, to leave comments on the publication, you must to register.