Squat and hybrid: what will be the tanks of the future 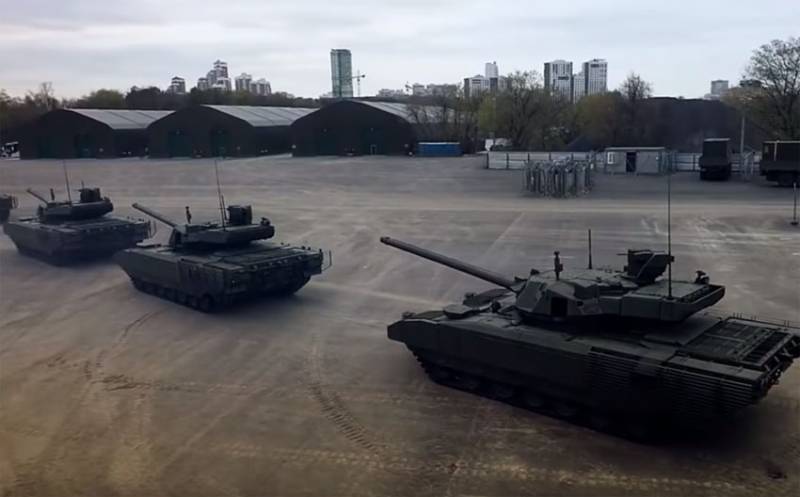 I often have to answer questions that are related to this or that type of weapon. Oddly enough, but an excess of information is sometimes even more harmful than a lack. Today the conversation will be about tanks the future. And in general, is there a future for tanks ...


I understand where the "wind blows". Why did questions arise about the future of tank units and formations? It is from the excess of information from "scientists and forecasting experts" of modern wars. There, the point of view about the decline of tanks as weapons matured.

What is this point of view based on? First of all, on the appearance in the arsenal of the army of light and quite effective TCP. Today, a soldier does not need to overcome open areas crawling to throw a grenade. Enough "Flies" or the like weaponswhich is enough even in a motorized rifle unit.

There is another point of view related to faith in people. Once upon a time, in childhood, my father seated me on my knees and letting me, the five-year-old kid "steer" MAZ-502, said a phrase that has helped me so far. “Remember son, everyone who rides along the road near, behind, in front, towards - fools. So drive smart. Be smart! Take a look at the road: it happens when two fools meet. ”

Quite a lot of readers believe that there will be no greater war. And tanks for a breakthrough of defense or vice versa, for defense will no longer be needed. After all, it’s not fools that Europeans or Americans once again brew the same porridge that was brewed in the 30-40s of the last century. Well, drivers on the road also do not want to get into accidents, but accidents every day ...

There are also “great American generals,” thanks to whom there was a belief in the power of high-tech, or rather, high-precision weapons. From there, the so-called contactless war. We’ll shoot missiles at each other, launch robots and sit in control centers for thousands of kilometers, while these pieces of iron with electronic filling will destroy each other. Not a war, but a chess tournament.

Well, the last argument from the series “look at it yourself”. Modern war is fleeting. And combat missions will be mainly solved by the MTR and units or formations of quick response. Undoubtedly, MTRs and rapid response units are good for “plugging holes” and performing local tasks. But I’ll look at the paratrooper brigade or even the Airborne Division, which will "trample on the forehead" at a fully equipped motorized rifle regiment.

No, the time of the tanks has not passed and will not pass yet. In one of the articles I already wrote the reason why this will not happen. How many missiles do not start, how many robots do not use, but the main task of any battle or battle, the occupation of enemy positions, is performed by a motorized infantry soldier. A soldier stepped over an enemy trench, took an enemy dugout, dined on an enemy battery, that’s all. And the tank for this very soldier is a huge assistant, defender, fortress and percussion fist.

What is a modern tank? The same T-34 or "Tiger", the same cars from the First World War, but with improved features, stuffed with electronics and automation, with better armor. But, all this just changes the tactics of tank combat, but does not change the essence of tank units. Either an armored fist, or a mini-fortification on tracks in defense.

What will the tank of the future look like?

If you look at the world tank building, then two directions of creating modern vehicles are revealed at once. The first direction, constantly criticized by our "sofa tankers", but recognized as the main one today in the overwhelming majority of manufacturing countries, is the modernization of existing models of machines.

Sometimes I am amazed at the liberal attitude of readers towards Western tank builders and intolerant towards ours. Upgrading the Abrams for the ninth (!) Time to the level of M1A2 SEP V2 is good, but the T-72 is bad. The Germans upgraded their Leopard 2 to the 2A7 + level, good. We with our T-90 "are hopelessly behind." Even the Ukrainians are upgrading their T-80UDs to the T-84 Oplot. Strange, at least the point of view.

Do you know how many and which countries are actually developing new tanks? They don't talk about the need for creation and so on, but do they? Only five countries! Russia, China, North and South Korea, Japan. Plus the Turks, who created the tank more in order to enter the list of manufacturing countries.

Based on the main task of the tanks in battle, the machine must be able to destroy everything that prevents the motorized rifle from completing the task. Some readers, having seen enough of the films about the war, are sure that the tank must first destroy the enemy’s tanks. Sheer stupidity. Tank battle is an exception to the rule. The combined arms commander has enough TCP to destroy enemy tanks. Tank versus tank is "the king’s last argument." But quite possible in war.

The Russian tank will most likely have a cannon of the same caliber as now - 125 mm. This will increase the length of the gun barrel. In this case, we will be able to use armor-piercing sabot shells with an extended armor-piercing core. However, it should be noted that we already have another tank gun with a caliber of 140 mm. However, its use in modern vehicles is problematic due to the sharp reduction in the tank's ammunition.

Western tanks, most likely, will use exactly 140-mm guns. At least, the Germans are already actively working with just such an instrument for their Leopard. And the Americans are developing just such a gun.

The next important question is the height of the machine. Tanks will become squat. The fact is that the main requirements of tank customers are simple and understandable. Firstly, the tank should be invisible for as long as possible. Secondly, the tank should have the smallest possible area both in the frontal and lateral projections. Thirdly, the tank should “hold the blow”, be resistant to hit by shells and other PTS.

The tank will become more mobile. Already today, great attention is paid to this. Especially on heavy western cars. So, firstly, engine power and torque will be increased. Something revolutionary in engines will not happen? The same diesel engines and gas turbine engines ... But still, the appearance of hybrids is possible. And hybrids in this case are not at all a tribute to fashion, but a matter of efficiency, including the fuel supply and its consumption, and therefore the tank’s power reserve.

Further, one should expect the massive appearance of hydromechanical automatic transmissions. At least they are already being used in Western countries today. I don't think that we and China will lag behind for a long time in this matter.

You can endlessly talk about promising tanks. But I have one more task today. Answer the questions of those who have already "buried" the tanks. Therefore, I touched only a small part of the promising developments that already exist. Tanks be! Let them look a little different. Let them be stuffed with electronics. Let them have a lot of protection systems, but they will still be tanks. Those same armored fists of motorized riflemen.

Ctrl Enter
Noticed a mistake Highlight text and press. Ctrl + Enter
We are
The tragedy of the American army ("The Atlantic", USA)Strangulation: the context, conduct and consequences of the American naval blockade of China
59 comments
Information
Dear reader, to leave comments on the publication, you must to register.