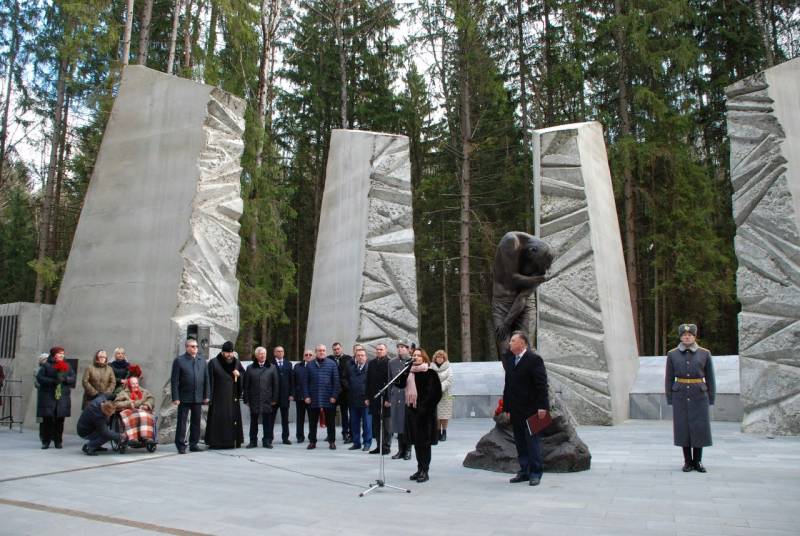 One of the main claims put forward by Warsaw to Moscow is the accusations of "Katyn execution" that have been exaggerated for more than seventy years. To argue on this issue not only with russophobic Polish patriots, but even with representatives of the domestic liberal public, who is scolding “repentance” for yet another “totalitarian atrocity,” is an empty matter, because no arguments will be heard. Therefore, we just dwell on some questions, honest answers to which will make us look at the Katyn affair from another perspective.


First of all, let’s talk about what constitutes an “unbreakable card” in the speckled deck of those who claim that Polish officers were shot in 1940 at the evil intention of the NKVD - either in pursuance of a direct order, or with the full approval of Stalin personally. That is, about allegedly authentic documents confirming this version.

Yes, something like that exists: he walks all over the Internet, being in the public domain, the “Beria memorandum” in which he convinces Stalin to lime all Polish prisoners of war. It seems to be important and genuine paper, but it’s exactly what seems to be. It is issued not according to the rules of office work, there is no date on the document. It is somehow strange, alarming ... With the "decisions of the Politburo" on this issue - and even worse. On one of the extracts for some reason there is a seal ... of the CPSU, which was born already in 1952, and during the events described it was called the CPSU (b). But then even more interesting. Discrepancies that make you think - like from a cornucopia.

The highest party authority instructs the top three bodies of the NKVD to consider the cases of captured Poles. Well, everything converges - the Beria executioners, threes, executions ... There is only one detail - by a joint decision of the USSR Council of People's Commissars and the Central Committee of the All-Union Communist Party of Bolsheviks, all up to one trio were disbanded and were strictly forbidden back in 1938, that is, two years before the alleged execution. And the composition of the “repressive organ” is obtained, according to “genuine documents”, rather strange: Vsevolod Merkulov, Bogdan Kobulov, Leonid Mashtakov. Yes, the names are famous, but the point is in the posts. The first as of 1940 is the head of the NKVD State Security Directorate, the second directs the Main Economic Directorate, and the third - the accounting and registration department at all. Such is the composition of the "shooting three" - this, excuse me, is nonsense. There are similar inconsistencies, which indicate that those who were in the USSR, at first during Khrushchev’s time, and then under Gorbachev, “collected materials” regarding Katyn, so that they could “repent” for their imperfections and heartily. But exceptionally superficial.

Now about the issues related to the burials directly found under the Goat Mountains. That is, specifically physical evidence and evidence, which, as everyone knows, constitutes the basis for the prosecution and acquittal in any investigation. Before turning to details, I want to ask: why doesn’t anyone bother with the moment that almost all the “mass graves of the victims of Stalinist repressions” that were “discovered” by the Germans in the USSR were “located” exclusively in those places where the Nazis themselves carried out mass executions of civilians, and certainly in a year, or even more after this area was occupied by them? In the case of Katyn, the interval was from 1941 to 1943. Doesn't it suggest any thoughts?

As a matter of fact, the main evidence smashing the version of the "enkavedesh shootings" to smithereens is the generally recognized fact: all the victims were killed by 7,65-mm Geco 7,65 D bullets. A similar ammunition was used for the German pistols Walter and Mauser. It would seem, what else is there to talk about? However, the “prosecutors”, both international and domestic, have an “explanation” on this score: they say that the insidious executioners of the NKVD, foreseeing in advance that their terrible crime could be solved, specifically “executed” those executed not from Nagans or TT, but exclusively from German weapons and German cartridges. To, so to speak, cast a shadow and make confusion. No, you think about it: in 1940, the Third Reich is still not our enemy, there is a non-aggression pact, and the nostradamus from the Beria’s department will already foresee not only the war, but also the fact that the Wehrmacht will reach right up to Smolensk - a trait that many summers will have. 1941 seemed unreal! And at the same time, they exclusively knit Poles with German-made cords, dig ditches and graves with pedantic geometric accuracy, more typical of Germans than our brother ... Here are insidious monsters!

There is still a lot of details of the same kind: the fallen leaves discovered in the graves, which in no way could get there in the month of April, but are understandable if the Nazis executed the shootings in the fall of 1941. Letters of the Poles dated much later than the "execution of the NKVD", suspiciously well-preserved newspapers, it is not clear how they got to the prisoners at all. And also - documented evidence of local residents that before the war, there were no "closed zones" specially protected and inaccessible to ordinary citizens in the Katyn Forest. They appeared only with the advent of the Nazis. Well, then the Polish graves “suddenly showed up” ...

There are diary entries of Nazi officers and functionaries, right up to the doctor of Goebbels propaganda, directly confirming: Katyn is a colossal provocation of the Third Reich aimed at denigrating the USSR and driving wedges between it and its allies, as well as inciting hatred of the Poles towards the Russians. Alas, the plan was a complete success.

The “official confession of guilt of the USSR,” concocted and announced in the days of Gorbachev, is the essence of the link in the endless chain of his betrayals of the country and deliberate acts aimed at its destruction. The final point in the Katyn case, alas, will not be set for a very long time. It is easy to give birth to lies with a certain effort. Destroy is much more difficult.

We are in Yandex Zen
Where can the road of memory and repentance lead us?
Situational analysis of the death of the MH17 flight (Malaysian Boeing 777), made on the basis of engineering analysis from 15.08.2014
176 comments
Information
Dear reader, to leave comments on the publication, you must to register.