RF and ATS before a serious choice. Consequences of the construction of fortified areas of the Turkish NE near Ed-Dan 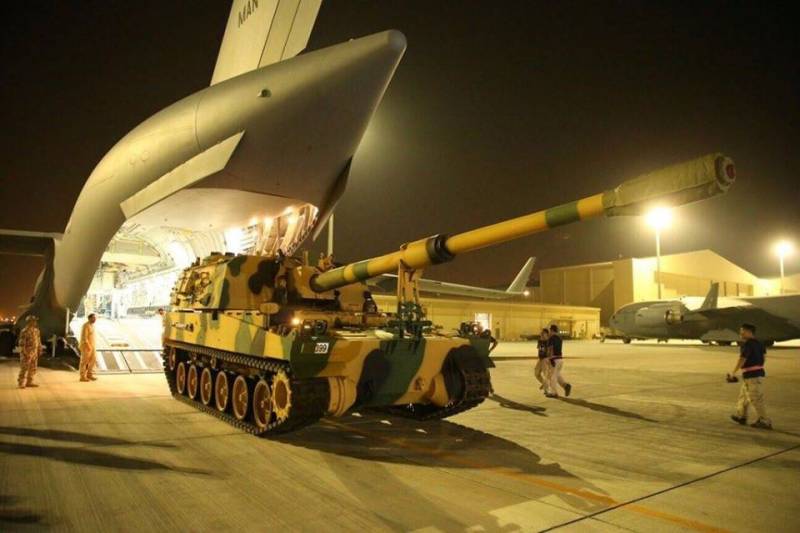 While numerous Syrian and domestic military-analytical portals, citing information from military commanders and SAA troops staying at strongholds near the M5 motorway, continue to replete with reports of the successful and rapid advance of the mechanized units of the Syrian army in the eastern operational direction of Big Idlib , focusing the audience on the inviolability of the position of the CAA command, even against the background of threats and ultimative rhetoric from the head of the Turkish defense department X Ulusi Akar and President of the Republic of Turkey Recep Erdogan, the real operational-tactical alignment in the northwestern regions of the Idlib theater of operations continues to be extremely controversial.

In particular, despite the recent suppression of the firing positions of the militant Islamist formation Tahrir al-Sham in the villages of Kafr-Amma and Kafr-Dail, the currently successful development of the Syrian government’s offensive will be relevant only until the assault units of the SAA enter the eastern approaches to Kafr-Karmin, Turmanin and Al-Beitarun, who are the main links in a hurried manner erected the first line of defense of the Turkish Northeast in the north-eastern part of the "Idlib viper." The complexity of the breakthrough of this defensive line is due to several factors of an operational-tactical nature.

Firstly, the construction in the three above-mentioned cities of the powerful fortified areas of the Turkish army, which have not only standard observation posts with stationary and mobile optical-electronic, radio-technical and radar artillery reconnaissance systems, but also impressive anti-tank arsenals based on the TOW-2A / B self-propelled anti-tank systems, equipped with anti-tank guided projectiles BGM-71E and BGM-71F, as well as anti-tank / multi-purpose missile systems UMTAS / OMTAS. As you know, the former have a semi-automatic control system for wires, as well as tandem cumulative warheads and warheads of the "shock core" type with the ability to destroy obsolete MBTs of the T-72B family, equipped with DZ type Contact-5 and without active defense complexes.

The more advanced anti-tank guided missiles of the 3rd generation UMTAS / OMTAS anti-tank systems, developed by the Turkish military-industrial concern Roketsan and put into serial production on August 24, 2018, are equipped with the new generation IIR dual-band TV / IR GOS operating in television and medium-wave infrared (3-5 microns) ranges. At the same time, the medium wave infrared photodetector type IIR (“Imaging Infrared”) boasts not only the standard mode of direction finding, tracking, and “capture” of the most heat-contrasting areas tanks and enemy self-propelled guns (a weapon during active fire work and the engine-transmission compartment), but also by the regime for generating a detailed infrared “portrait” of the target with identification of the most vulnerable sections of the enemy unit.

This type of infrared seeker allows UMTAS / OMTAS anti-tank missiles to dive at a target at angles of up to 90 degrees (and in some cases with negative angles) in the terminal section of the trajectory, which can be seen in the Roketsan video demonstration materials posted on YouTube in 2019. It is logical to assume that even the presence of Drozd-2 and Arena-M active defense systems, whose guidance radars and transport-launch mortars cover the elevated sector in the range of only 0 to 20 °, will not protect the Syrian T-72A / M1 / B from the latest Turkish ATGM UMTAS / OMTAS.

The second and no less significant factor, which excludes the rapid breakthrough of the Syrian army units deep into the northern areas of the Greater Idlib, is the small geographical dispersion of the fortified areas of the first line of defense of the Turkish NE and Tahrir al-Sham, erected in the cities of Kafr-Karmin, Turmanin and Al- Beitarun. Unlike, for example, from the Turkish Armed Forces support / observation posts Nos. 9 and 10, which are tens of kilometers apart, the aforementioned fortified areas are located no more than 5-7 km from each other, which completely excludes the possibility of moving mechanized units of the SAA, bypassing the radius of destruction of the ATGMs of the TOW-2, UMTAS / OMTAS family, anti-tank artillery, as well as the main M60T Mk.2 Sabra battle tanks equipped with 120-mm MG253 guns with very decent ballistic parameters.

Thirdly, in addition to the first defense line described above, the Turkish army's engineering units erected a second and third defense line, the echelons of fortified areas stationed in the cities of Sarmad, Ed-Dan, Tell-Adeh, Tennura, Ash-Shayuh Hassan, Zarzitah and Katurah. In the vicinity of these settlements, the batteries of the self-propelled guns T-155 "Firtina" and MLRS T-122 "Sakarya" are deployed, the operators of which are ready to join the counter-battery "pick-up" with artillery batteries of the Syrian Arab army any minute. At the same time, do not forget that all the firing positions of the Turkish artillery will be covered by the multifunctional F-16C Block 50+ fighters of the Turkish Air Force operating in the following terrain (hiding from the Russian S-400 deployed near the Khmeimim Aviation Aviation), as well as numerous air defense systems, including the upgraded SAM "Hawk / -PIP-R".

This is evidenced by the recent relocation to the Khatay silt (to the Turkish-Syrian border) of the Koral electronic warfare complex, which can both carry out electronic and electronic reconnaissance and partially cover the limited sectors of Idlib from PFAR radars Sh-141 mounted on multi-role fighters bombers of the Su-34. Conclusion: the successful suppression of the numerous fortified areas of the Turkish NE in the so-called Idlib de-escalation zone, as well as the opposition to tactical aviation The Turkish Air Force (against the background of the SAA offensive operation) can be carried out only with the integrated use of all tactical aircraft deployed at the Khmeimim air base in conjunction with the recently deployed Tu-214R strategic optoelectronic and radar reconnaissance aircraft, which has the most interference-protected in Russian VKS AFAR radar side view MRK-411.

The provision of the “green light” for the command of the Syrian air defense forces to use the Buk-M2E military air defense systems against Turkish aviation can also contribute. Further forecasting of scenarios for the development of the situation on the Idlib theater may be objective only after analyzing the results of negotiations between senior representatives of the Russian and Turkish establishments in Moscow.

We are in Yandex Zen
The “Idlib sled team” of the USA and Turkey is just the beginning. Preparing a blow to new directions
The attack on the Russian aircraft and the political situation in Turkey
122 comments
Information
Dear reader, to leave comments on the publication, you must to register.