The war in Syria: a list of people wishing to divide the country into warring parts 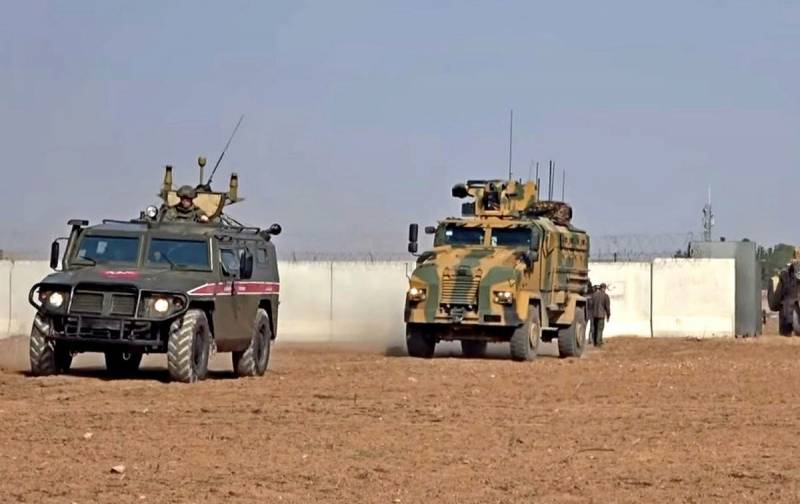 The events in Syrian Idlib, when the government of Turkey and Syria came together in direct confrontation, threatened the integrity of this Arab republic. Bashar al-Assad showed a bleak prospect of gaining territories beyond the Euphrates, Kurdish regions and Idlib that are not controlled by Damascus. In this regard, a legitimate question arises: who needs a divided Syria?


The answer must be sought in the goals and interests of states plunged into the Syrian conflict. In whose interests is the division of the ATS into warring units. There are several such main interests here: the United States of America, Turkey, Israel and not only. Each of them has his own individual party in this big geopolitical game. There are other participants in this situation - Iran and Russia. Their role and goals are also worth talking about.

The civil war in Syria can be seen as the result of a tear in the nomenclature clans of Damascus. However, it is painfully connected with the "Arab spring" that swept in 2011 in the countries of North Africa and the Middle East, inhabited by Arabs.

The "spontaneous" protests that brought down the governments of half a dozen countries in the region brought Arabs an American-style democracy, while using the latest American technology, using the Internet, television, mobile communications, and other modern communications.

The moderators of the "Arab Spring" were US civilian political structures associated with their highest authority. At one time, it seemed that the process got out of American control and the Islamists saddled it. But it soon became clear that these forces were controlled by the same Americans who were actively supplying Islamists with money and weapons.

In Syria, the interests of the parties did not coincide. The Islamists tried to make their radical theocratic state here. America was completely useless. She was more comfortable with controlled chaos. In addition, the brutality and barbarism of Islamic terrorists outraged the civilized world. I had to pull them.

Meanwhile, America has long defined its goals in the region. In the world, this policy has been called "divide and conquer." The Americans formulated the section by gently revealing to the world all kinds of maps and schemes for a possible state reorganization of the Middle East.

There was something to rule over. The region’s oil and gas (and recently found new large deposits) are important components of the global economy. Syria in this sense is both a mining country and a logistics region for energy. The Americans destroyed all this and now, right before the eyes of the whole world, they are brazenly pumping oil in the Syrian Zaevfratie. They definitely do not need a complete and united Syria.

Tehran in Syria has very different reasons. In recent years, Iranian ayatollahs have been able to find a balance between their religious preferences and political ambitions. So Iraq fell into their sphere of interests with the prevailing, as in Iran, Shiite population, half Shiite Lebanon and the secular state of Syria, ruled by representatives of another Islamic movement - the Alawites.

Iran clung to its teeth with Syria. He supported government forces weapons, in money, sent his military formations. Tehran has put a lot at stake in Syria, and all in order to gain control and influence in a large region - from Afghanistan to the eastern Mediterranean. In these plans, the ayatollah does not fit into the divided Syria. Then an extremely important link may fall out of their sphere of interests.

Ankara is also interested in united Syria. This removes a number of threats for her. First of all, Kurdish. After all, the Kurds did not abandon plans to create their own state, screening out eastern Turkey right up to the Black Sea coast. Separated from Syria, the Kurdish enclave could accelerate the implementation of these plans.

Of great importance for Turkey are the communications connecting it through Syrian territory with the oil fields of the Middle East. For example, we can recall the oil pipeline from Iraqi Kirkuk to the Turkish port of Ceyhan. It is important not only for the Turkish economy, but also makes it a regional energy cluster.

The irrational policies of Turkish President Recep Erdogan are blotchy on this pragmatic picture. Experts believe that Erdogan was captured by neo-Ottoman dreams. He wants to expand not only Turkey’s influence in the region, but also its borders.

The reason for this was chosen rather dubious - the protection of Turkoman in Idlib. It is doubtful because Turkey is by no means a mono-ethnic country of the Turks. And in Idlib, no one really threatens the Turkmens, except for the same Islamists armed with Ankara against Damascus.

Today, control of Idlib has become the main goal of Turkey’s policy towards Syria. Already reached the armed clashes of the military of the two countries. This choice was made by President Erdogan. Does Turkey Need Dismembered Syria? Is not a fact. It is enough for Ankara to realize the irrationality of its current policy so that its pendulum goes in the opposite direction.

Syria for Israel is largely a "birth injury." At the time of the formation of the Jewish state, the Syrian Arabs behaved extremely unfriendly. It must be remembered that Damascus is the oldest capital of the world. Here religions originated, nations, peoples, cultures mixed up. And all this has passed through the centuries.

Now that the Syrian cities have suffered from the war, many have paid attention to the fact that residential buildings with a thousand-year-old are destroyed history. They have been transmitted from generation to generation for centuries. This way of life was the meaning and core of the Syrian people.

The first was shaken by the separation of the state of Israel from this multi-ethnic and multi-confessional world. The Syrians answered with bloody pogroms in almost all of their ancient cities. Then there were wars, the legacy of which was the painful loss of the Golan Heights for Syria.

Now, under the pretext of fighting the Iranian military, the Israelis are constantly bombing Syria, bringing new destruction to its land. Israel needs a weak Syria, and even better - fragmented, with an endless internal war.

Russia is the only country that operates under the current Syrian law. Russian troops in the SAR - at the invitation of the legitimate authorities. Russia provides assistance in the fight against terrorism and is trying to resolve the civil conflict. Russia is actually opposed to everyone who wants to use chaos in Syria in their geopolitical interests.

Russia also has its own interests in this country. First of all, this is an expansion of the military presence in the eastern Mediterranean. It allows you to stop possible strategic threats at distant approaches to its borders.

And, of course, the military presence in Syria allows you to control this region rich in hydrocarbons. Russian oil and gas companies are actively working in it. They develop and expand their activities here. New deposits recently discovered in the region make it even more attractive for Russian companies.

The interests of Russia are organically combined with the interests of Syria itself. We need peace, public order, peace and well-being of people in it. This can be achieved only by a single, integral and well-governed country.

Hot days are in Idlib. The government army cleans the province from militants and the foreign military forces supporting them. Let's hope that this land will soon come under the power and control of Damascus.

We are in Yandex Zen
Turkey against the Kurds. Is there a new phase of conflict ahead?
Syria: Americans scare themselves, and Asma Asad buys chairs
53 comments
Information
Dear reader, to leave comments on the publication, you must to register.