Baltic Army: what will happen if NATO does not help 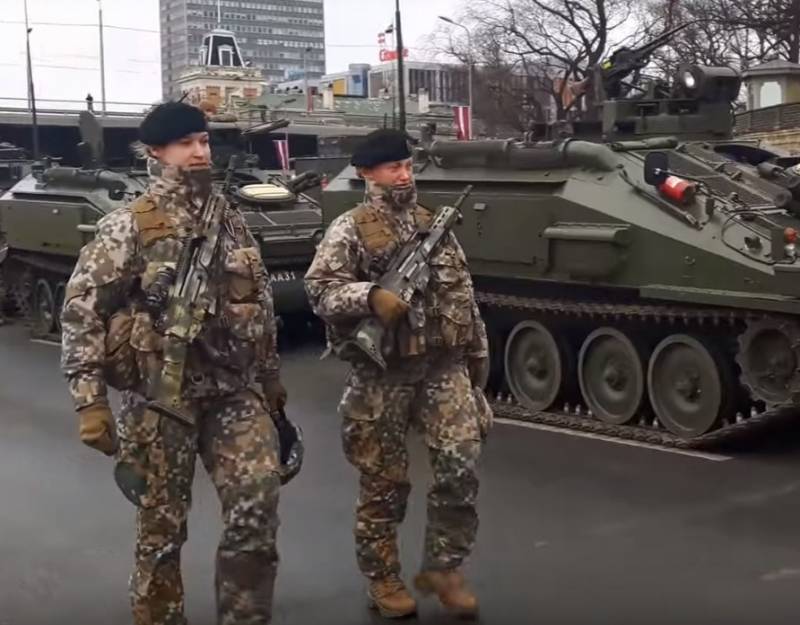 Three Baltic republics insist on expanding the military presence of the United States and NATO on their territory. The authorities of these states are panicky afraid of Russia, but at the same time they understand that without the help of the West in the event of a conflict with our country they are doomed.


Small population, small territory, scarce economic resources - all these factors do not allow either Lithuania, Latvia or Estonia to have numerous and efficient armed forces. Although rattle weapons in the Baltic States they love - they constantly hold parades and exercises, send 10 soldiers to NATO contingents in the Middle East.

What are the armed forces of the Baltic countries today, if you do not take into account the military potential of their NATO allies? In other words, we are pondering what will happen if NATO does not help its Baltic friends.

The small army of Lithuania

The largest armed forces in the Baltic states are Lithuania. Their number is 19 thousand 224 people. The main combat units of the ground forces are two brigades - the Zemaitiya motorized infantry brigade and the Iron Wolf mechanized brigade. In addition, there is also an engineering battalion. The country's air force is about 1200 military and civilian specialists: an air base, an air defense battalion, and a command center. Three transport planes and three helicopters are not great power in order to confront not only Russia, but also much weaker states. Another 600 people serve in the Lithuanian Navy. A separate branch of the armed forces - Special Operations Forces, existing since 1995.

The armament of the Lithuanian army is carried out by its NATO allies - the USA, Denmark, Poland, Germany. At the same time, the Lithuanian troops were actually given over to foreign command: the Iron Wolf brigade is operatively subordinate to the headquarters of the German Bundeswehr division, and the Zhemaitia brigade is subordinate to the motorized infantry division of Denmark. At the same time, the Lithuanian authorities in 2019 announced the need to increase the number of army personnel by 25% - up to 26 thousand people. 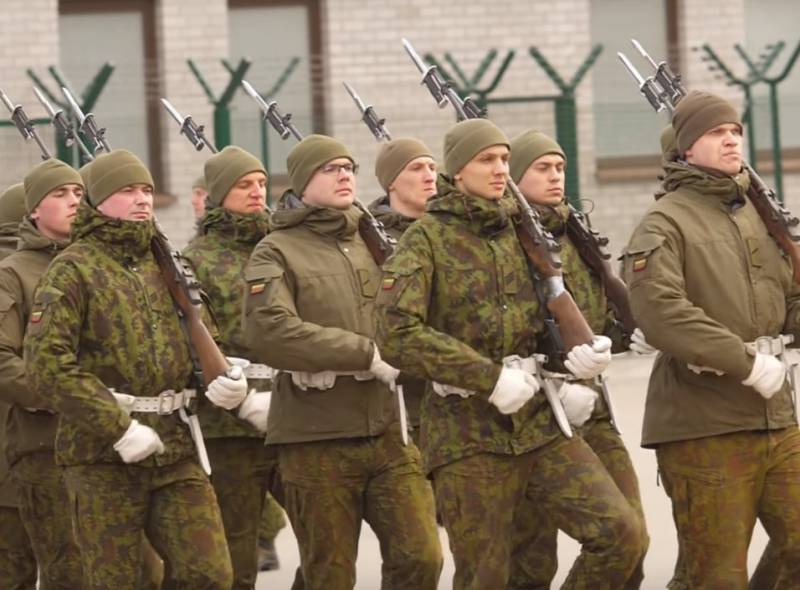 But even generous funding does not help motivate young Lithuanians to join the armed forces: a trip to work in Western Europe becomes a much more attractive life scenario for guys from simple families. And the 26th armed forces are only two Russian divisions, so if it makes any sense to increase the size of the Lithuanian army, it’s only for the pockets of Lithuanian officials from the defense department.

Latvia: in honor of 102nd place

Ground forces - this is an infantry brigade of two battalions and a small unit of special forces, as well as parts of the military police and staff services. The Air Force is armed with 3 aircraft and 6 helicopters, the number of personnel is 319 people. The Latvian Navy has 587 sailors and 5 ships. In addition to the army and the militia, another 2,5 thousand people serve in the border guard. 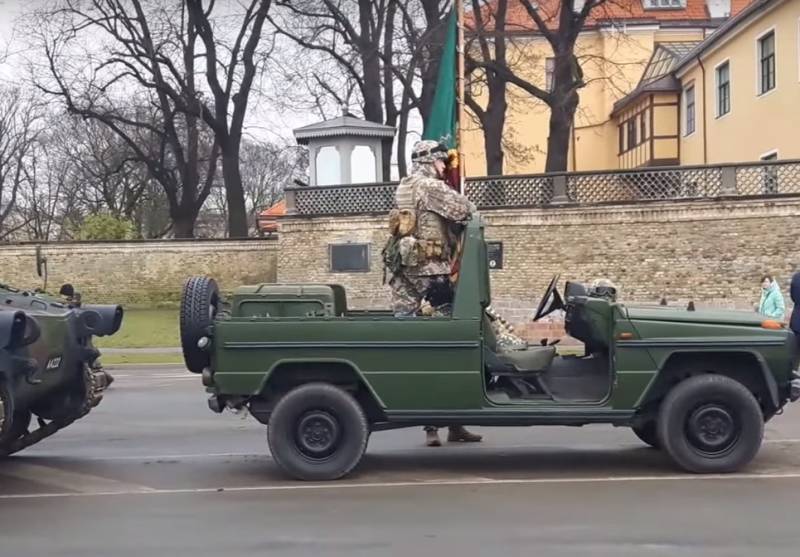 Having an even weaker army than Lithuania, Latvia, nevertheless, expects to hold out for at least a week in the event of an imaginary attack by Russia, and then the soldiers will allegedly proceed to a guerrilla war. In fact, if NATO does not promptly intervene in the conflict, then within one to three days the resistance of the Latvian armed forces can be suppressed.

Estonia: few soldiers, but many ambitions

Estonia in the mentioned ranking of the armed forces - in 119th place, behind not only Latvia, but also Niger, Honduras and Botswana. The number of Estonian armed forces is 6400. Ground forces - 2 motorized infantry brigades (the 2nd consisting of only 1 battalion) and a guard battalion of the military police, the Air Force - 4 helicopters and 4 transport aircraft, the Navy - 3 mine sweepers and 2 control ships. Another 4 helicopters and 3 aircraft are in service with the Estonian Coast Guard. 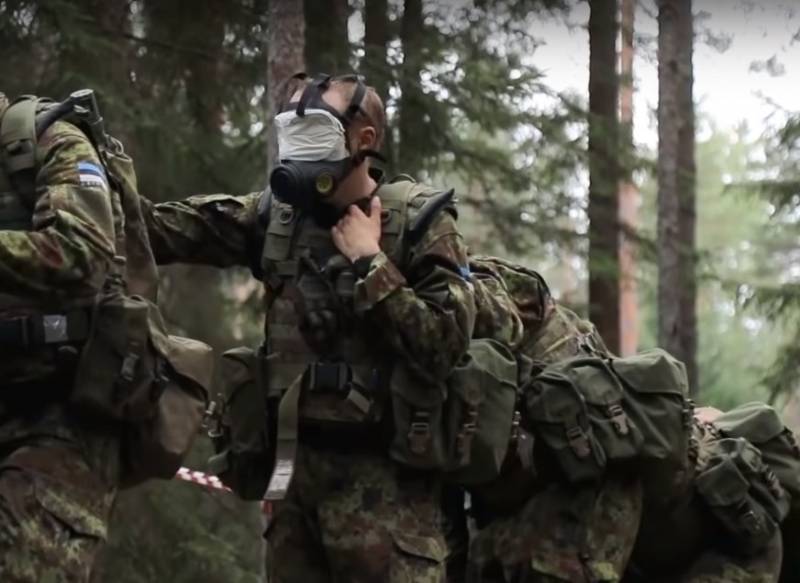 But with such a modest size and armament, Estonia, like its neighbor Latvia, is not alien to militaristic ambitions. True, Tallinn cannot realize plans for the militarization of the country at its own expense, and rather rapidly drives itself into ever greater debts to the United States and the EU. However, skeptics generally doubt the need for the Estonian army as such, since NATO troops are based on the territory of the country. It is clear that in the event of a real armed conflict with Russia, the Estonian armed forces will be defeated instantly.

Thus, the military potential of the Baltic republics is so meager that it does not allow them to defend their sovereignty on their own, if anyone needs it at all ... An armed conflict not only with Russia, but also with any other neighboring country, for example, Belarus is fraught for the Lithuanian, Latvian or Estonian armies with complete defeat. Of course, some fighters will go over to partisan resistance, but the Baltic armies will not be able to keep not only the borders, but also the capitals of their countries.

However, nobody is going to attack these small states with the overwhelming ambitions of the authorities.