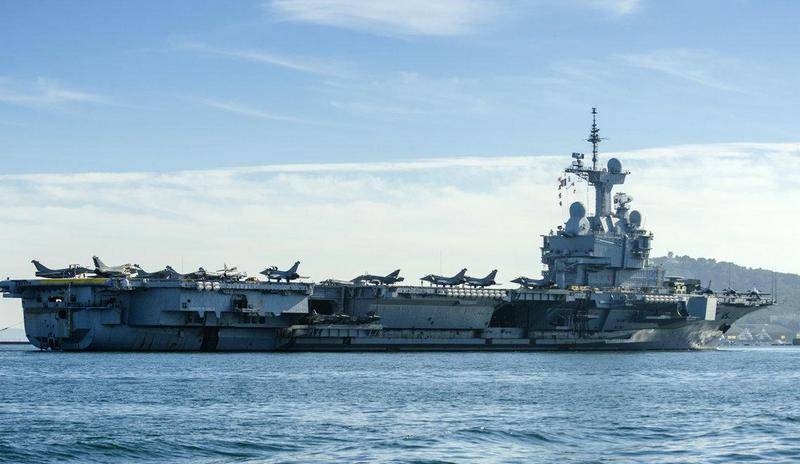 France moved its carrier group closer to the coast of Syria. Currently, the ACG, led by the nuclear carrier Charles de Gaulle ("Charles de Gaulle") is located only 120 km from Syria, which allows striking at targets on its territory and neighboring Iraq, follows from new satellite images.


It was previously stated that the French aircraft carrier will head to the Syrian coast to support the French contingent in the fight against the Islamic State banned in Russia. The aircraft carrier went on a campaign on January 22 of this year from the naval base in Toulon. On board are 18 Rafale M multipurpose fighter-bombers, two E-2C Hawkeye long-range radar detection aircraft and three helicopters.

The French Navy’s AUG also includes two missile frigates, an atomic strike submarine, and a supply vessel. In addition, a Greek frigate joined her. Currently, the aircraft carrier group runs near the Russian military bases in Syria - Tartus and Khmeimim.

According to the Russian Ministry of Defense, recently, US aircraft fly along the Syrian coast almost daily, and on some days - several aircraft at once.

We are in Yandex Zen
The only French aircraft carrier Charles de Gaulle R91 is afloat again
"Charles de Gaulle" will strengthen the grouping of the Western Coalition
74 comments
Information
Dear reader, to leave comments on the publication, you must to register.