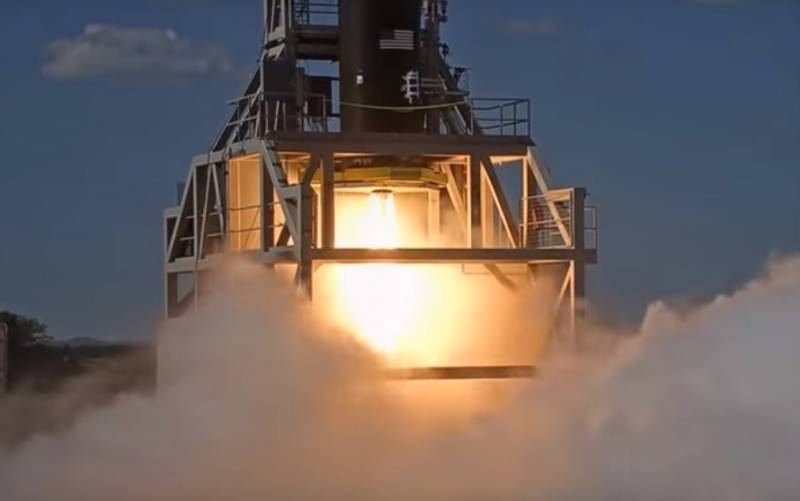 Ukraine expects closer cooperation with the United States in the field of arms production and the space industry. Now Trident Defense is looking for American partners to create new projects in the defense sector.


First, let's talk a little about Trident Defense itself. This company was founded by Maxim Polyakov, an investment company Noosphere Ventures, located in the USA, in the state of California and working in the field of information technology. Polyakov’s company has branches in 16 countries and more than 5500 employees, most of whom work in Ukrainian divisions.

Trident Defense is the Ukrainian division of the company, which is located in the Dnieper (former Dnepropetrovsk) - the center of the defense and high-tech industry, known since Soviet times. Maxim Polyakov created this company to attract American and international investment in the Ukrainian space industry, which, in his opinion, has very serious prospects. Maxim Polyakov himself is called the Ukrainian Ilon Mask. Such a comparison has a right to exist, if only because Polyakov, like Musk, uses the help of the American administration.

As you know, Ukraine is still actively using the Soviet foundation, which it inherited from the times hated by the modern Kiev regime. This is the industrial and scientific infrastructure in large urban centers, and the educational system, especially the technical one, which has not yet been completely destroyed by post-Soviet westernization.

The presence of qualified personnel who are ready to work for much less money than American or European specialists with the same level of training makes Ukrainian defense enterprises profitable partners for American companies. The same space industry in the Soviet era was at a very high level in the Ukrainian SSR and even now the traditions of the space industry school founded in the Soviet era have not yet completely gone.

Now Ukraine is increasingly trying to make a name for itself in the global arms market. And she pretty much succeeds. At least in the register of exporters weapons Ukraine is in 14th place. But it is one thing to sell off old Soviet-made military equipment and quite another to introduce innovative technologies, and even make them attractive to foreign buyers. Trident Defense is just working to begin the production of American weapons on the Ukrainian subcontract. At the same time, the company will provide its technical capabilities and trained personnel, and the United States - technology and financing.

Project managers hope it will be commercially successful. At least in the space sector, Firefly Ukraine is already quite successfully operating - the "daughter" of the Texas-based Firefly Aerospace. For the United States, investment in the Ukrainian military industry is valuable not only in terms of financial returns, but also as a way to further extend and deepen its influence in Ukraine.

Now representatives of Trident Defense are literally inviting American companies to cooperate with them, promising extremely favorable conditions in the event of production opening on Ukrainian territory. At the same time, the company emphasizes that it considers Ukraine as a large and promising American military partner in the region. Therefore, investors should be calm: in the foreseeable future, the United States will continue to invest heavily in the Ukrainian defense sector.

We are in Yandex Zen
Situational analysis of the death of the MH17 flight (Malaysian Boeing 777), made on the basis of engineering analysis from 15.08.2014
Strangulation: the context, conduct and consequences of the American naval blockade of China
17 comments
Information
Dear reader, to leave comments on the publication, you must to register.