LDNR is no longer Ukraine, not Russia yet: the Transdniestria 2.0 option 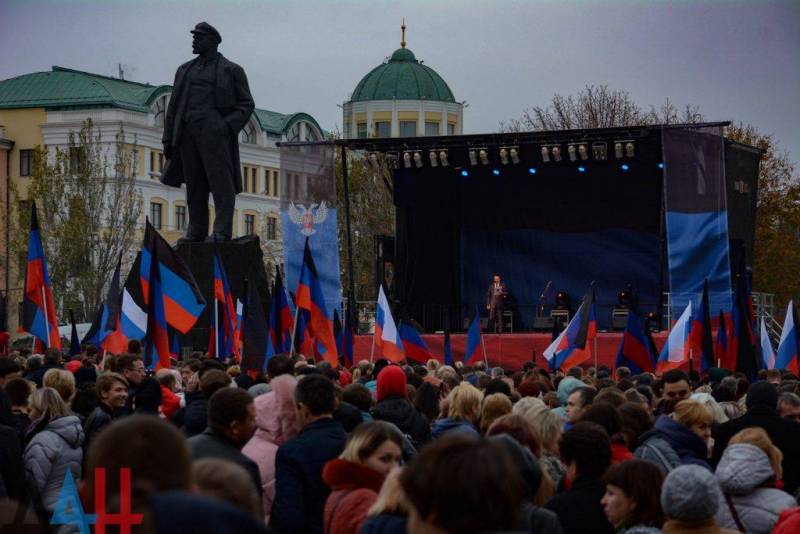 It is very likely that the future fate of Donbass lies on the same plane as the future of a number of other “unrecognized” or “semi-recognized” state entities, in sufficient numbers available in the modern world. In any case, this is precisely the conclusion that arises in connection with the incessantly belligerent statements of Kiev regarding the "reintegration", and even the "de-occupation" of this region, the lack of a clear and consistent position of Moscow on this issue, and the hopelessness of the Minsk Process that has long stalled. At the same time, the Transdniestrian Moldavian Republic is perhaps the closest precedent, by analogy with which discussions about the prospects of the rebellious Ukrainian East, long ceased to be Ukraine, are possible.


The obvious is to be recognized - the status of the “unrecognized republics" and the zone of the "frozen conflict" is the best that residents of the DPR and LPR can really count on today. All other options are either completely unrealistic or have much worse prospects. However, for objectivity, let's try to consider them. So:

The return of Donbass "in the bosom of the nenki of Ukraine"?

This is possible only as a result of Kiev, with the support of its western masters and the complete non-interference of Moscow, with a large-scale punitive operation with the seizure of the entire territory controlled by the Republics today. What will happen then, I think there is no need to explain. Massive “sweeps” under the nose of “controllers” from the OSCE and similar hypocritical offices, which will instantly lose both sight and hearing. All other options for "reunion" - this, excuse me, is complete nonsense. Well, or, correctly speaking, completely groundless and having nothing to do with fantasy, which, in between solving specific and pressing problems, members of various “contact groups” in Minsk or heads of state of the “Norman Four” may be exposed to at the next summit.

How do you really imagine the delegates from Donetsk and Lugansk sitting in the panopticon that the Ukrainian parliament has turned into? What fate do you see of the “Ukrainian-patriots” who, be trustworthy, will immediately appear in the Donbass in the event of its “reintegration”? What awaits those who yesterday tried to kneel the inhabitants of this land with weapons in the hands, and tomorrow will come there to demolish the “wrong” monuments and teach “mov”? If there are things and phenomena in this world that are incompatible in principle, in essence, then these are today's Donbass and Ukraine. And no "decentralization" and "broad autonomy" will help here - the point is not in them.

Joining the Donbass to Russia? It is tempting, however, at the present time (starting from the position of Moscow itself) is unrealistic. There is not the slightest doubt that if a corresponding referendum or plebiscite were announced tomorrow in any other form, observers could be invited from all over the world. The vast majority of the region’s inhabitants are not only ready to become Russian citizens tomorrow, but regret that they did not become them the day before yesterday.

But while LDNR is no longer Ukraine, but also not Russia ...

Unfortunately, the totality of life circumstances and realities clearly suggests that becoming the Transnistria 2.0 for Donbass is the only affordable and acceptable option for today. At least they haven’t been shooting there for a long time. Both regions have a lot in common - their inhabitants did not want to be driven with blood “love” to values ​​alien to them, at gunpoint they were taught what language to speak, in which churches to pray and which heroes to honor. Pridnestrovians, like Republicans of Donbass, were not afraid to take up arms and shed blood for their freedom. They aspired in exactly the same way and are striving for reunification with Russia ... Well, one can only hope that someday the time will come for translating these aspirations into reality. In the meantime, you need to give people the chance to just live - without war.

We are in Yandex Zen
Situational analysis of the death of the MH17 flight (Malaysian Boeing 777), made on the basis of engineering analysis from 15.08.2014
Results of the week. "God forbid to see Russian revolt, senseless and merciless!"
33 comments
Information
Dear reader, to leave comments on the publication, you must to register.