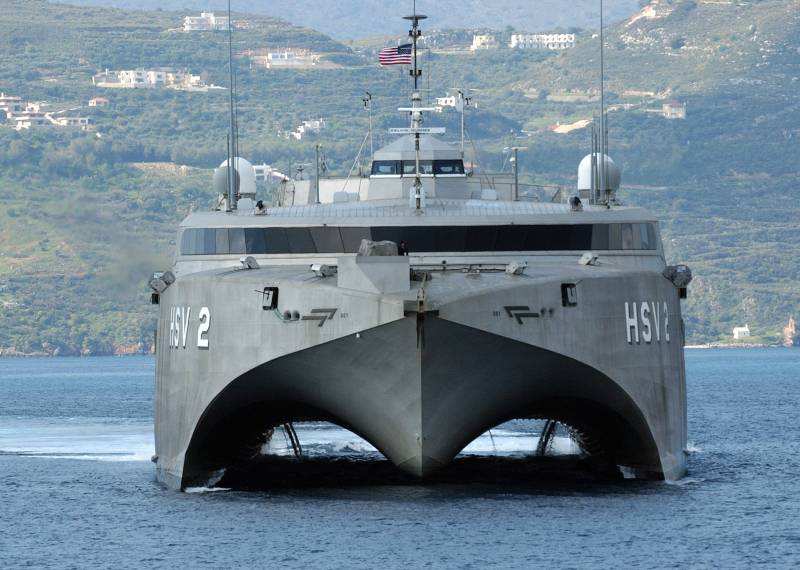 Ankara’s aggressive actions, which have recently become increasingly assertive, have led to another geopolitical “shift”, this time in the Mediterranean. In the last days of January, the Greek parliament ratified a new military cooperation agreement with the United States. The document expands the scope of cooperation between the two countries in the defense sphere more than significantly. In fact, the US military received a full carte blanche to use the entire military infrastructure of Athens in their interests, and in addition, the prospects for increasing the number of own bases in the country. The military-strategic balance in the region has undergone significant changes and is far from for the better for us.


From now on, the Pentagon can dispose in Greece almost at home. Recall, the first similar document, the so-called Base Agreement, was signed in 1990. However, despite the plural in the title, the United States in accordance with it received only the Suda Bay base in Crete, the existence of which also had to be renewed every year. Admittedly, over time, the penetration of the United States war machine into Greece gradually increased. Still, the country is a member of NATO and cannot get away from it anywhere. For example, at the airbase of the 110th wing of the Greek Air Force in Larisa, the American MQ-9 Reaper UAVs somehow unobtrusively settled - exactly the kind with which they struck to destroy Kassem Suleimani. These deadly "birds" settled there seemingly temporarily.

The new treaty not only fully legalizes and legitimizes their basing, but also involves the creation of new, more serious facilities of the US armed forces. So, in Alexandroupolis and Stefanovikio, it is planned to create air bases for attack helicopters of the US Air Force. Significant improvement and expansion will be subjected to the Cretan Suda Bay. However, the main point of the agreement is the permission given by Athens to the overseas allies for the use at its discretion of any military facility on the land of Greece. Typically, the duration of the contract remains a mystery for seven seals. The country's defense minister, Nikos Panayotopoulos, only insists that the agreement will definitely “benefit” Greece and its people. The Greeks were simply pushed to a closer military alliance with the United States.

In Athens, no one thinks to hide the fact that all these actions are a response to the actions of Turkey, showing intentions to resolve long-standing disputes over the maritime borders and the rights to extract minerals in the shelf waters of the Mediterranean Sea in their favor exclusively by virtue of a strong one. One cannot but take into account the fact that between Ankara and Athens lie centuries of fierce hostility and bloody wars, which by no means promote mutual trust and good neighborliness. A non-healing wound is the problem of Cyprus. The armed conflict between the Greek and Turkish parts of the population of this island was “frozen” only after the intervention of international peacekeeping forces, but it could break out again at any time. The last straw overflowing Greece’s patience was the recent conclusion between Ankara and Tripoli of a bilateral agreement on a new demarcation of the marine economic zone, according to which the Turkish side intends to begin exploration and drilling off the coast of Cyprus in areas that the Greeks consider their own.

Words are no longer limited here. A few days ago, the Turkish seismological vessel Orus Reis arrived to the coast of the island, who came there just for mineral exploration. The Mirage 2000 multi-purpose fighter of the Greek Air Force was lifted into the air, which, according to the statement of the head of the Greek Navy headquarters Nikos Martirosyan, "took aim" at uninvited guests. However, the Turk demonstration of power performed by a combat vehicle of not the first youth was not particularly impressive. Obviously, because of this, the voices of those who call not only for the speedy purchase of the MQ-9 Guardian UAVs, but even for joining the American F-35 program, sound louder in Athens. It is extremely difficult to assume that one of the poorest countries in the European Union would have sufficient funds to purchase the world's most expensive fighter jets. And Washington will probably not do charity work.

Be that as it may, but fears of being defenseless in the event of a possible armed conflict with Turkey are pushing the Greeks into very energetic actions. What will happen between Ankara and Athens, it will be seen. In the meantime, our country is clearly losing. A sharp increase in the capabilities of the Pentagon in terms of basing (primarily combat aviation and Navy) in this region poses a threat to the Black Sea coast of Russia, especially to the Crimea. Reverse in Athens is unlikely to give. Consequently, Moscow will now have to respond to all this.

We are in Yandex Zen
Turkey and Greece. Cold War airspace
Strangulation: the context, conduct and consequences of the American naval blockade of China
38 comments
Information
Dear reader, to leave comments on the publication, you must to register.