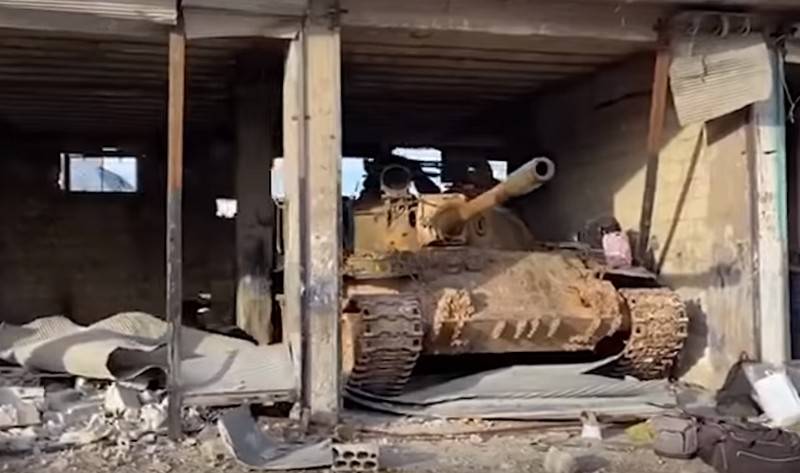 Another positive news came from Syria. Following the information about the complete encirclement of the city of Maaret-en-Numan, which is of crucial strategic importance, data appeared on the capture of this city by government forces. It is reported by RIA Novosti with reference to a military source.


According to the news agency, the Syrian army has established full control over the city of Maaret-en-Numan and has already begun to mine.

Army units began to consolidate their positions in Maaret en Numan. At the same time, the engineering forces of the Syrian army began to mine
- RIA Novosti source said.

Information about the capture of the city was confirmed by the portal Al-Masdar. According to him, government forces not only took the city, but also knocked out militants from the former military base of Wadi al-Deyf, also located in this province. According to the portal, the militants defending the city decided not to continue fighting for it and retreated. As a result, fighters of the 25th division of the special forces of the Syrian army entered Maarat-en-Numan.

Earlier it was reported about the complete encirclement of the city by government forces and the continuation of the offensive by the Syrian Arab Army (SAA). Maaret-en-Numan himself is located in the south of Idlib province and was a major outpost of terrorists from the Jebhat al-Nusra group, banned in Russia.

The ongoing offensive by the Syrian government forces seriously worried Turkey and the Turkish Defense Ministry issued a statement in which it threatened a decisive response to the Syrian troops if they would threaten the security of Turkish observation posts in Idlib.

Despite the truce announced on January 12 in Idlib, the regime continues to kill civilians by attacks from land and air, causing them to become refugees in difficult winter conditions. In the event of a threat to the security of our observation and control points operating under the agreements in Astana and Sochi, the most decisive and tough answer will be given
- said in a statement.

In addition, according to Syrian human rights defenders, in the province of Idlib, the recently hushed White Helmets again “stirred”. The appearance of the “White Helmets” was recorded in the village of Einat in the province of Idlib. In total, local residents counted more than 40 people in 6 cars. It is assumed that these "figures" will once again try to provoke using a chemical weapons to accuse Damascus and disrupt the offensive.
Ctrl Enter

We are in Yandex Zen
Syrian army completes militant encirclement at Maaret en Numan
The militants refused to surrender the city of Maaret al-Nuuman in the Syrian province of Idlib
43 comments
Information
Dear reader, to leave comments on the publication, you must to register.