Operation Dawn in Idlib: SAA is trying to cut off militants from Turkish posts 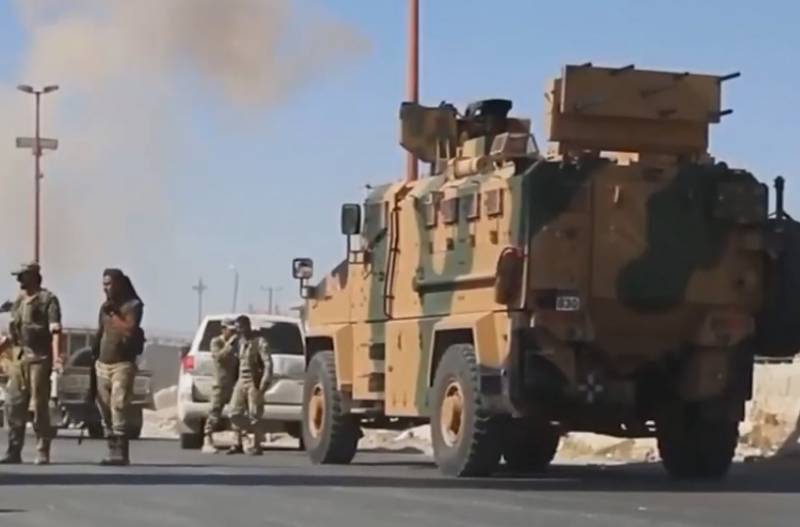 Due to constant provocations and violation of the ceasefire by militants of the radical organization Khayyat Tahrir al-Sham (formerly Jebhat al-Nusra - banned in the Russian Federation), units of the Syrian government (Arab) army (SAA) and its allies had to renew hostilities.


The jihadist group in question stood out from the banned Jabhat al-Nusra in Russia after the latter was included in the international list of terrorist organizations. Then she subjugated several detachments of pro-Turkish militants to herself and “changed the sign”.

The main reason for the transfer of Syrian government troops to offensive operations was the shelling of residential areas of Aleppo, which were carried out by militants from the territory of Idlib. The army is rapidly advancing towards the city of Maaret-en-Numan in the southeast of the province, where militants retreat. This locality is very important from a strategic point of view. Significant forces of the Khayyat Tahrir al-Sham militants are located there.

Offensive operation CAA received the name "Dawn in Idlib." Its main goal is to push the radicals from the outskirts of the city of Aleppo, followed by taking control of the entire road leading from Aleppo to Hama through the territory of Idlib province.

The offensive is supported by the Syrian Air Force. Help Syrian military aviation also have the Russian aerospace forces. They bomb the positions of the radicals in Idlib and in the southwest of Aleppo.

And not far from the border of Idlib with the province of Hama, militants fired at the Syrian military from improvised multiple launch rocket launchers. Their positions were in the area of ​​the village of Kafr Zeta. In addition, positions of government troops near the village of Al-Barasa were subjected to rocket-artillery shelling.

On the night of January 25-26, the CAA forces liberated the villages of Maar-Shamsha and Tell-Manis, after which they advanced towards the abandoned Wadi-Deif military base in order to approach the city of Maaret-en-Nuuman, which is under the control of jihadists. Now they are less than one kilometer from the city, not far from the Kuranaish district. On this site, the offensive is carried out by fighters of the 25th special forces division of the Syrian army. Previously, this unit was known as the Tiger Forces. Offensive action is supported by Syrian aviation.

At the same time, the Syrian Air Force attacked the militants' fortifications in the vicinity of the villages of Ad-Dan, Benin, Sarjah, Shinan, Maar-Dubs, Ruweih and Khan as-Subul.

The radicals report large losses from government forces, but the Syrian Ministry of Defense does not confirm these data. But it is reliably known about the heavy losses of the Khayyat Tahrir al-Sham militants as a result of shelling of their positions by the Syrian military.


According to recent reports, the Syrian military aircraft attacked the positions of militants in the vicinity of the settlements of Kafrum and Sarjah. At the same time, terrorists habitually cling to neighborhoods with civilians, and then accuse the SAA of "firing at the civilian population."

During Operation Dawn in Idlib, armored vehicles are actively used, which tries to cut off the militants from the strategically important road on which they often receive supplies. A separate aspect: the offensive is conducted so as not to “affect” the Turkish observation posts, which the militants also try to use as a screen for their actions. At the same time, the special forces of the 25th brigade is doing everything to cut off the most combat-ready formations of "Khayyat Tahrir al-Sham" from Turkish posts. So it will be possible to inflict a final defeat on the militants.

Before the start of the military operation, the Syrian Foreign Ministry addressed the UN Security Council and the Secretary-General of the United Nations, Antonio Guterres. It spoke of the difficult humanitarian situation in Idlib and Aleppo caused by the actions of the militants. The appeal also said that the SAA will continue the fighting until a complete victory over the radicals.
Ctrl Enter

We are in Yandex Zen
Militants "Hayat Tahrir ash-Sham" in Idlib - Turkey: Just try to disarm us
Group "Hayat Tahrir al-Sham" captured the Syrian Idlib
24 comments
Information
Dear reader, to leave comments on the publication, you must to register.