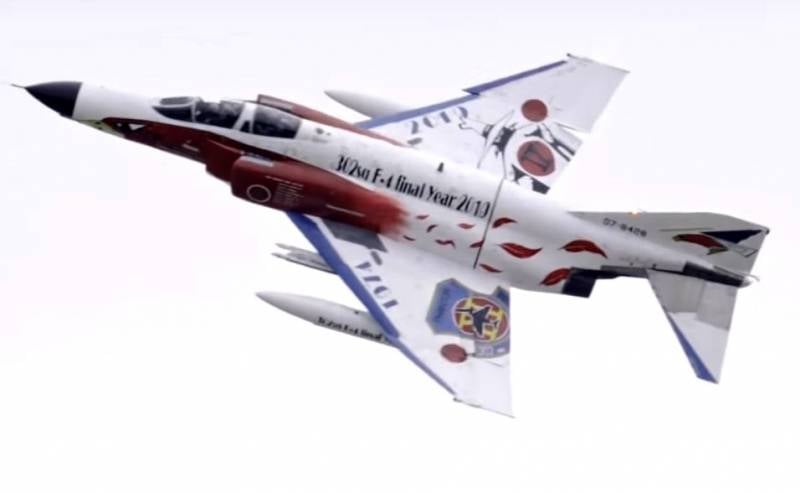 The legendary Phantoms complete their journey as part of the Japanese Self-Defense Forces. Military aviation The land of the rising sun goes to fifth-generation fighters, and the F-4EJ becomes history.


2020 will be the last year of operation of the famous F-4EJ aircraft by the Japanese Air Self-Defense Forces. So, on January 7, 2020, training flights of the last two units took place, which are still armed with the legendary Phantoms F-4. We are talking about the 301st fighter squadron and 501th reconnaissance squadron.

Another unit, the 302nd fighter squadron, made its last flight on the Phantoms on March 19, 2019, after which it was relocated to the Misawa air base, where the squadron personnel will have to service and operate the fifth-generation F-35A aircraft. The 301st Squadron now awaits its turn, which this year will also be transferred to the base in Misawa and transferred to the F-35A.

For a long time, "Phantoms" were a kind of symbol of post-war Japanese aviation. More than fifty years ago, back in 1968, Japan ordered the F-4EJ fighter from McDonnell. The production of the air car was to begin at the factories of Mitsubishi Heavy Industries. However, the first 13 aircraft were built by McDonnell and were only assembled in Japan. In May 1972, the first Japanese-built aircraft took off. In total, Mitsubishi built 127 127 F-4FJ. By the way, it was the 1972st Hikotay fighter squadron that received the first new aircraft in 301.

In addition, from November 1974 to June 1975. McDonnell built and shipped 14 RF-4EJ reconnaissance aircraft to Japan. Unlike the F-4EJ, the serial production of scouts in Japan was not deployed, since the Self-Defense Forces did not need a large number of reconnaissance aircraft and the costs of their serial production were considered inappropriate.

The last modernized version of the Phantom used in Japan was the F-4EJ “Kai” (“extra”). In the mid-1980s new pulsed Doppler radars AN / APG-66J, central computers, IFF AN / APZ-79 systems were installed on aircraft. The aircraft have the opportunity to transfer the advanced multi-mode electronic counter module AN / ALQ-131 and launch the AIM-7E / F Sparrow and AAM-9L / P Sidewinder AAMs (air-to-air missiles).

The RF-4EJ “Kai” is an advanced reconnaissance version of the F-4E, which is almost identical to the RF-4C used in the US Air Force, but does not have several systems, including a set of radar signals and a warning receiver.

By 2007, about 90 Phantoms remained in operation with the Japanese Self-Defense Forces. Then, the number of aircraft in operation decreased, and when Japan was among the recipient countries of the new fifth-generation F-35A aircraft, it became clear that the era of the use of Phantoms in Japanese military aviation was coming to an end. 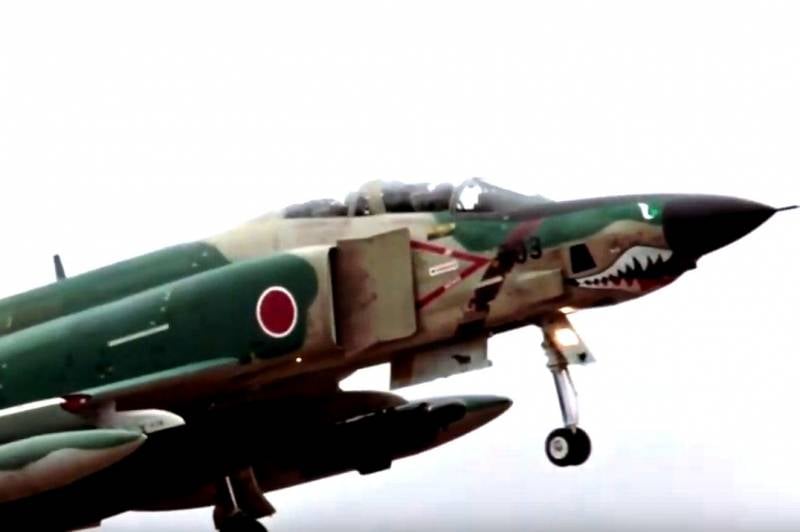 In the video shot by Akihiro Kanai, you can see how the pilots of the 301st fighter squadron fly on the gray F-4EJ Kai Phantoms with a unit frog tail emblem. On the F-4EJ and RF-4E / EJ - pilots of the 501st reconnaissance squadron. Its aircraft are marked with a shark and a woodpecker on its tail - the emblem of this aviation unit. Three types of camouflage are used on airplanes: European on F-4EJ and RF-4E, Vietnamese on RF-4E, and blue marine on RF-4E.

The recent flights of Japanese military pilots on the Phantoms will complete the more than forty-year history of the use of these fighters as part of the Air Force of Self-Defense of the Land of the Rising Sun. Now, the personnel of the Japanese military aviation have another task - to master the F-35A and F-35B. In total, Tokyo purchased 105 aircraft of the first type and 42 aircraft of the second type.

But it is possible that this is not the last purchase. Japan is building its military capabilities with the direct patronage of the United States, which today is more than interested in strengthening the armed forces of its allies in the Asia-Pacific region to confront China and Russia.

We are in Yandex Zen
Su-57 long arm: February launches laid expensive shoulder offspring from Lockheed
F-35A and the new look of Hel Haavir. Netanyahu's loud statement "stumbles" about the power of modern Iranian air defense
24 comments
Information
Dear reader, to leave comments on the publication, you must to register.