Accident Su-57 precisely during acceptance tests has its own plus 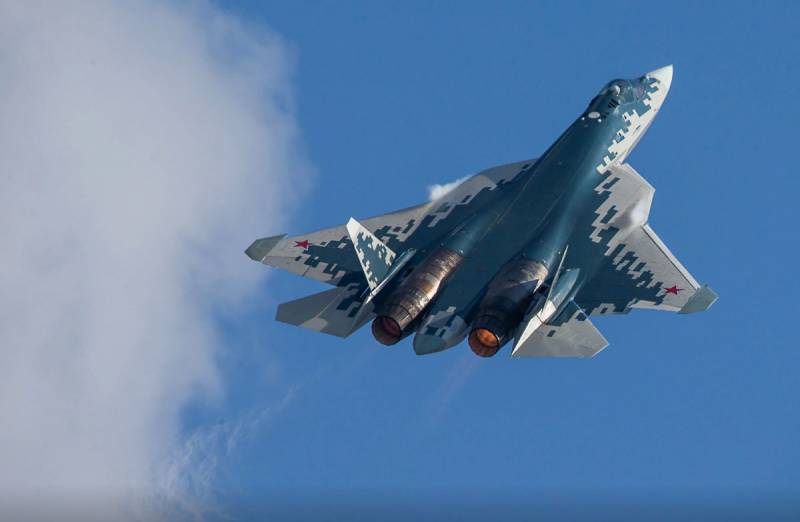 The crash of the new Su-57 fighter in the Khabarovsk Territory leaves more and more questions about the use of a fifth-generation aircraft in real combat operations. Indeed, if not for the accident, then many of the shortcomings of the Su-57 would have remained unsolved.


The fall of the Su-57 in the Far East during the acceptance tests played a very important role in the fate of the fighter. On the one hand, it was a serious blow to the export of Russian aircraft. The very same China immediately doubted in the sense of acquiring a combat vehicle, other potential buyers also thought about it. But at the same time, this incident made it possible to draw attention to those moments which, in the conditions of air hostilities, can become fatal.

Moreover, it is necessary to take care, first of all, of the interests of the Russian Aerospace Forces: they are the main buyer of the PAK FA aircraft. Currently Russian aviation takes part in hostilities in Syria. And if the Su-57 aircraft, having collided with the aircraft of a probable enemy in the sky, could not show the declared super maneuverability, this would have an extremely negative effect on the entire air operation as a whole.

Among the main problems inherent in the new machine, experts single out, firstly, the use of new control systems. At the same time, experts believe that the control system installed on the Su-57 is one of the most advanced in modern aviation. But it needs to be mastered.

Speaking about the engine of the aircraft, the honored military pilot of Russia Vladimir Popov at one time noted that the Su-57 is characterized by an unstable control system, which makes it possible to achieve high maneuverability of an aircraft. But its stability and controllability are very much dependent on the new engine, since the power plant and aerodynamic components are tied to each other.

The second possible problem is the tail. On the Su-57 it is represented by all-turning trapezoidal stabilizers, includes keels with small air intakes that allow cooling aircraft equipment. Keel deviation is used as an aerodynamic brake.

In addition to these problems that could lead to a car crash, the Su-57 has other obvious disadvantages. For example, many experts talk about problems with electronics, which is primarily due to the lack of domestic high-tech industries in Russia in this area.

Also, the aircraft has certain problems with stealth, which allows some experts to doubt the Su-57’s belonging to fifth-generation fighters. The lack of stealth for modern fighters is a significant minus, which greatly complicates the most combat use of the machine against a serious enemy, which has its own good aviation and developed air defense systems.

In any case, the fact of the plane crash will force manufacturers to double-check the control systems and engines of the combat vehicle. This is the main plus of the incident. And this is not an attempt at any excuse. Although certain financial losses will follow for the manufacturing company, but an extra recheck of the aircraft will make it possible to protect the lives of our pilots, and increase the reputation of the domestic military aircraft industry in the world fighter market. It is better to notice and eliminate the shortcomings on time - before the aircraft enters the troops, even if an accident occurs, than to “miss” them and then face a whole series of negative consequences.

We are in Yandex Zen
The tragedy of the American army ("The Atlantic", USA)
Situational analysis of the death of the MH17 flight (Malaysian Boeing 777), made on the basis of engineering analysis from 15.08.2014
49 comments
Information
Dear reader, to leave comments on the publication, you must to register.