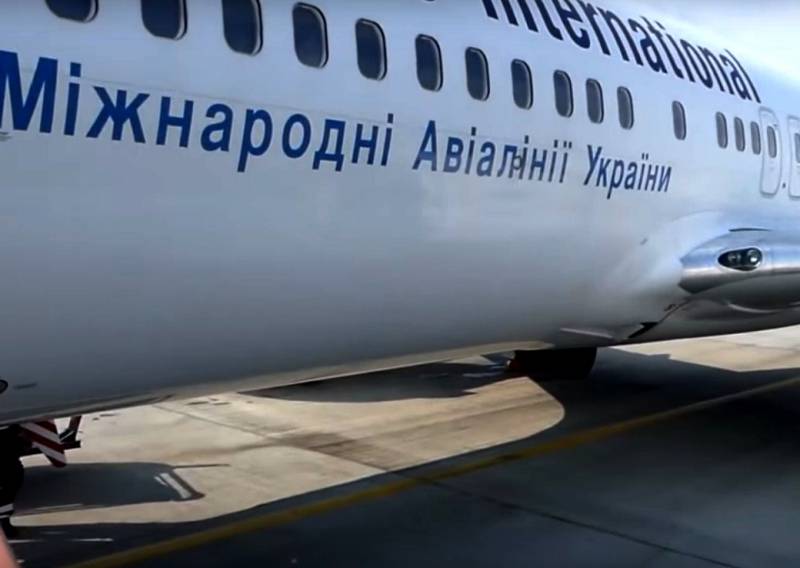 The fate of flight recorders of a Ukrainian airliner that fell in Iran haunts Kiev. The Ukrainian authorities are persistently trying to get the "black boxes", competing for them not only with Iran, but also with the "independent side" - France.


The Prosecutor General’s Office and the Security Service of Ukraine have formally requested Iran to transfer the Boeing black boxes to the Ukrainian side. On the one hand, everything looks quite logical - the shot down plane belonged to the Ukraine International Airlines company, that is, it is Ukrainian property. The crew of the aircraft was also represented by Ukrainian citizens. Accordingly, the aircraft's flight recorders are also the property of the Ukrainian company.

However, at present, the Iranian intelligence services are conducting an investigation into the circumstances of the tragedy, as the airliner fell in Iran, and most of the dead were Iranian citizens. According to the Iranian authorities, this happened as a result of a mistake in the country's air defense system. Iranian Islamic Revolutionary Guard Corps aerospace forces officers have already been arrested, who admitted that they took the plane for an enemy rocket. If the investigation is carried out by the Iranian authorities, then it is advisable for them to have the "black boxes" of the aircraft at their disposal.

At the same time, realizing that the world community may not appreciate the results of the investigation conducted by Iranian special services, on January 14, an official of the Iranian judicial system, Golyamkhosein Esmayili, said that Tehran was considering the transfer of flight recorders to France. Among Western countries, France stands out in that it has relatively acceptable relations with Iran and is less dependent on American pressure. Apparently, this is why Tehran is more inclined to trust the French as "independent experts" in investigating all the circumstances of the incident.

However, representatives of the Bureau of Investigation and Analysis of Civil Security aviation France has so far been denied the fact that they received "black boxes". Moreover, the organization’s experts claim that they will take part in the investigation and really get acquainted with the flight recorders, but the investigation itself will be conducted on the territory of Ukraine.

It turns out that Ukraine begins the struggle for "black boxes" with Iran. But the position of Ukraine can hardly be unbiased, given the specifics of modern relations between Kiev and Washington. So, Ukraine has already announced that the investigation will be conducted under the articles of the country's Criminal Code, providing for liability for the intentional killing of two or more persons and for the destruction of an aircraft. Although if a missile was launched as a result of an error, then what kind of premeditated murder can we talk about?

Iran is now in a very difficult situation. On the one hand, if he doesn’t hand over the “black boxes” to Ukraine, he will attract further suspicions that the authorities have something to hide regarding the reasons for the crash. But, on the other hand, to give “black boxes” to Ukraine - this means actually transferring them to the Americans, and they will try to present the information in the most advantageous way for themselves.

So, the Ukrainian side may say that Iran shot down the plane deliberately, not as a result of an error, in which case the United States will get the opportunity to rigged "confirmation" of its constant accusations of terrorist activity against Tehran.

It is from these fears that Iran is trying to attract as many independent parties as possible to the investigation. So, besides France, the issue of attracting Russian specialists is also being discussed. Moreover, the experience of studying “black boxes” in the West is very strange, if we recall that the flight recorders from the Boeing shot down over the Donbass have been reading for the sixth year already.

However, the president of the Ukrainian air carrier UIA Evgeny Dykhne is confident that the likelihood of transferring “black boxes” to Ukraine is still very high. After all, Tehran, in his words, has almost nothing to hide regarding the crash of the plane.