Pentagon: We have no evidence of Suleimani’s preparations for attacks on US embassies 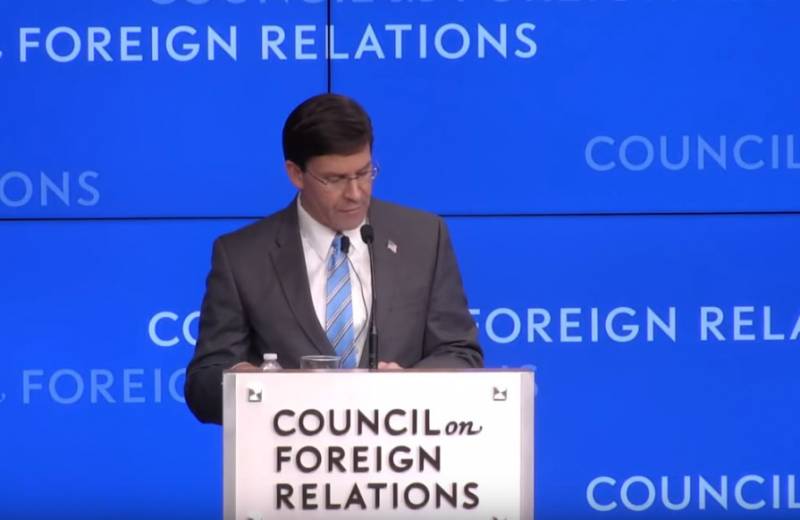 The Pentagon once again makes it clear that there is information inconsistency in the US administration. Recall that a day after the elimination of Iranian General Kassem Suleimani, Donald Trump literally announced the following: “This was done since Suleimani was preparing attacks on American embassies in different countries.” Trump’s speech included words about Iran’s preparations for attacks on the “4 US diplomatic missions.”


The US Department of Defense, a few days after Trump's statements, says that they did not have any data on Kassem Suleimani’s preparations for attacks on US embassies.

US Secretary of Defense Mark Esper:

We have no evidence that Iran was preparing attacks on our four embassies. At least I have not seen any such evidence yet.
Moreover, Esper, realizing that such words can cause Trump's anger, added that he still shares the president’s words.

From the statement of the head of the Pentagon:

US embassies, of course, are a prime factor in the US presence in the region. Therefore, of course, I share the president’s words that they can attack our diplomatic missions in the Middle East.
As you can see, in these statements, causal relationships are lost. After all, the phrases “planned attacks on 4 embassies” and “may attack our embassies” (especially after the US actions against the same Suleimani) have different semantic meaning.

So far, everything fits into the typical American manner of using force to accuse an opponent without providing at least some evidence. A striking example from the relatively recent past is the invasion of Iraq after Secretary of State Powell demonstrated the famous test tube with white powder. Chemical weapons not found in Iraq, and almost 17 years after the invasion.
Military Reviewin Yandex News
Military Reviewin Yandex Zen
46 comments
Ad