Formal bombing. Iran hit US bases to save face?

January 9 2020
48
Iran’s attacks on US military bases in Iraq, apparently, did not lead to any kind of large-scale destruction and casualties. This gives rise to skeptics to say that in Tehran, they specifically planned only formal responses to the assassination of General Kassem Suleimani. 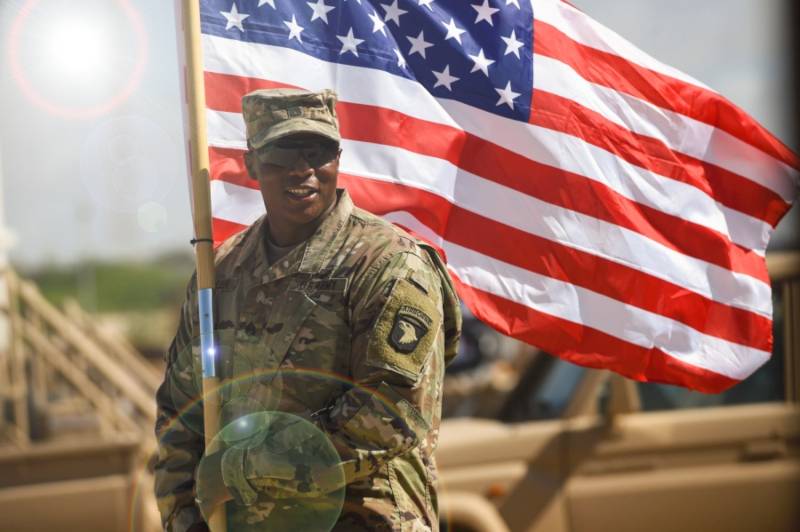 The Washington Post published the opinion of an unnamed U.S. administration official who stated that the Iranian authorities had carefully studied where and how to beat in order to cause only minimal damage to the Americans and, at the same time, reassure the country's population with the illusion of revenge for the death of a popular general.

The American side could be aware in advance of the objects that would be hit in order to evacuate personnel and valuable equipment. Moreover, the Iranian military could inform Washington about the impending attacks. Of course, not directly, but through Iraqi intermediaries - Tehran announced its intentions to Baghdad, and the Iraqi side has already transmitted valuable information to the Americans. As a result, Iran was able to save face, but also to avoid harsh retaliatory actions by the States.

It is clear that if 80 American troops really would have died at American military bases, the Pentagon’s reaction would have been lightning fast. And American rockets, aviation would strike already on the territory of Iran itself. But that did not happen. Therefore, the version voiced by The Washington Post has a right to exist. Moreover, CNN also voiced it, also referring to unnamed sources in American diplomatic circles.

After all, with all the originality and importance, Major General Suleymani was only one of the many Iranian military leaders. He has already found a replacement. And it is unlikely that the Iranians themselves would benefit from a war over the death of this person. Indeed, in a war, hundreds of thousands of Iranians, both soldiers and civilians, would not simply have perished.

The fact that the US is now ready for negotiations with Iran means that in reality Washington was not interested in starting a global conflict in the Middle East. The actions of both the United States in terms of the assassination of Suleymani and Iran in terms of striking at military bases were more demonstrative in nature. Moreover, it is possible that they were oriented to an internal audience even more than to an external one. Donald Trump wanted to show Iran his readiness for tough actions, and the Iranian leadership needed to respond no less abruptly to the “Big Shaitan”.

True, one more important factor should not be ruled out - the struggle of political forces both within the American and within the Iranian leadership. So, in the United States, by no means the entire establishment was pleased with Trump's actions. And the American president could be required to negotiate with Iran.

As for the Iranian side, everything is more complicated there. The Iranian elite does not consist of continuous "frostbitten" fanatics. To many Iranian politicians there is no reason for an armed conflict with the United States, it is much more important to come to an agreement and establish relatively neutral relations.

At the same time, both in the USA and Iran, of course, there are forces and are interested in further confrontation, so in the foreseeable future we will witness no less interesting events. While some politicians will try to normalize the current situation, others will wind it up.

A very interesting event is a sharp change of opinion of the Ukrainian leadership regarding the catastrophe of the Ukrainian liner in Iran. Immediately after the crash, Kiev completely ruled out any version other than a technical malfunction, but on the afternoon of January 9, Ukraine already called the missile attack one of the most likely versions of the crash. It is clear that at the suggestion of the Americans, who have an unconditional influence on the foreign policy of Kiev, the Ukrainian side can easily blame the Iranians for what happened.

We are in Yandex Zen
Why Trump killed Suleimani and why it matters to us
The assassination of General Suleymani. Is a new war in the Middle East waiting for peace?
48 comments
Information
Dear reader, to leave comments on the publication, you must to register.