To whom did the fallen PR fighter harm? 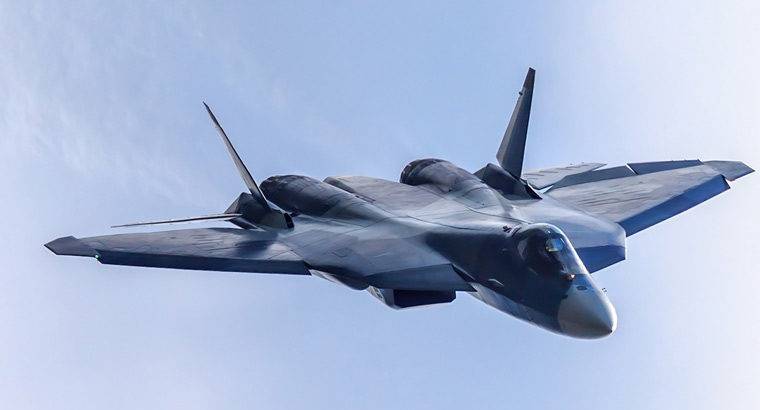 With regard to the fallen Su-57, such a sensation arose. Say, almost a cross on the entire program, the first production copy and all that. Zrada, as it is.


True, it is not entirely clear why such a noise. Airplanes are falling. Moreover, they do this systematically and regularly, regardless of the country of origin and destination. Just falling.

For comparison: F-22 in similar situations there were 10 times, plus sent two pilots to the other world. And nothing, no one screams to the whole world. F-35 thrice gasped to smithereens.

Everything is in order.

Moreover, since this is not about something serious for the country.

Someone can object now, how frivolously, the country's defense on the map, the plane crashed, everything is bad, the polymers are stealing ...

The PR fighter fell. Yes, this is a little unpleasant, because it is late for a year, but they should have been handed over to the New Year for the VKS. So what? What changed?

To begin with, the first plane, in addition to political tasks, does not solve anything. As neither the second nor the tenth decides anything. Because they are all PR aircraft ...

Today, not the Su-57 is responsible for the safety of our air borders. It is assigned to the Su-35 and all the rest (Su-30, MiG-29SMT and so on). Derivative modifications are all from the same Su-27 and MiG-29.

Su-57 ... Well, it fell. Well, crashed. It happens. But this did not in any way affect the combat effectiveness of the country's aerospace forces. Actually, the first batch of 12 aircraft (squadron) - it is about nothing. Moreover, the first 10 of 12 aircraft will be assembled with engines of the "first stage".

Well, we can not yet establish the production of aircraft engines. It happens. We have sanctions, gas pipelines and a lot of things, not up to the engines.

The engine, according to the project with which the Su-57 could fly in supersonic sound without afterburner, is a necessary thing. But if we can’t, what now? Shoot yourself? Dismiss and imprison all involved?

Well, it’s complete, we have not the year 1937 in the yard. Not I said, the president said!

There is no radar with AFAR ...

Is it really so hard to wait until 2029? Well, for sure it will be! And then we will reveal to the whole world our real fifth-generation fighter, and then we’ll bend, and repeat everything else.

In short, shiver, the whole world. Russians are coming.

In the meantime, normal generation 4 fighters, spent and studied, which are the Su-35, will cope with the tasks of protection and defense. And the under-plane of the incomplete generation, which the Su-57, will quite wait until it is brought to mind. And today, in fact, the next modification of the Su-27, which is the fact of the Su-57, is neither needed nor interesting to anyone.

They said: while the Su-35 is relevant, it is not necessary to tear on the British flag.

And nobody will be torn, the most important thing. First of all, it is not needed by the videoconferencing, this Su-57. It really just is not needed, because after 15 or 20 years, when it takes its final form, other pilots will have to be trained for it. These, today's, will be retired for a long time.

In addition, let's honestly and frankly recall, for whom was this PR fighter made at all?

It was made for those who want to buy it. That is, it was developed in cooperation with India, which was going to exploit it, and then it was supposed to sell it, well, to those who can not master the construction of the aircraft, but can pay.

In fact, the fifth generation of the Su-57 is not yet. Until there is a radar with AFAR and a normal engine. What the Indians quickly understood and dumped from the project.

The result is a plane that no one needs. We do not need, we are better armed. Hindus do not need them the fifth generation give. In general, no one needs anything, the guys from Peru were babbling about buying 3 (THREE !!!!) airplanes, and about a dozen Vietnam “expressed interest”.

The queue for the Su-57 somehow very quickly resolved thanks to the Indian partners, who timely shared information on how Su-57 corresponds to the fifth generation.

On the other hand, we don’t know who these brave guys are? We know perfectly. So there is nothing surprising in the behavior of our Indian partners. Everything is natural.

So, the Su-57 was built by order, in cooperation and for the Indians, Arabs and South Americans. Moreover, let's really look at things: from the very beginning we were told about the "export potential" and all that, no one said that thousands would build it for the videoconferencing.

It was you and I who began to yell, which we also needed. And yes, I myself also adored this chorus.

Well, now, when it turned out that the whole world of the Su-57 to put it mildly, is not needed, what remains? That's right, bring to mind, still put a normal engine, a normal radar, finish it, once the funds and resources have been spent, and sell to ourselves.

And what a normal option. To make a fighter from a PR fighter in this way.

And yes, there is a PR fighter.

To remove this frankly mocking prefix is ​​a good thing and, perhaps, even useful for the country. That's just really not in a hurry. Quickly, only bad deeds are done, such as a PR atomic aircraft carrier and a PR atomic destroyer.

But if something is wrong, a radar with AFAR, or the engine is there - you need to calmly. Something like the engines for our ships. Slowly, with feeling, really, with arrangement.

Where, one asks, are we in a hurry? What is for Russia with its millennial history the extra 20 years spent on building the ship? Yes, a trifle, dust in the wind.

The main thing is that everything that really should guard and preserve our peace does not go to ashes. This is a more urgent task than PR projects of military managers.

So the appearance of the first "serial" Su-57 was pure PR. Advertising, which is known to be the engine of commerce.

So nothing but the ability to shove a half-fifth generation plane crashed. The main thing is that the pilot catapulted and would be alive and well. The rest is slag and PR. Still rivet.

And yes, no damage has been done to our defenses. This is also important. And the reputation ... C'mon, it's a bargain. We still have so many opportunities ahead, with a PR bomber and a PR attack aircraft, for example.

The main thing is the direction, the rest is the little things.

We are in Yandex Zen
A great interview with Sergey Lavrov: about Ukraine, Obama and Iran
What you didn't want to know about England
144 comments
Information
Dear reader, to leave comments on the publication, you must to register.