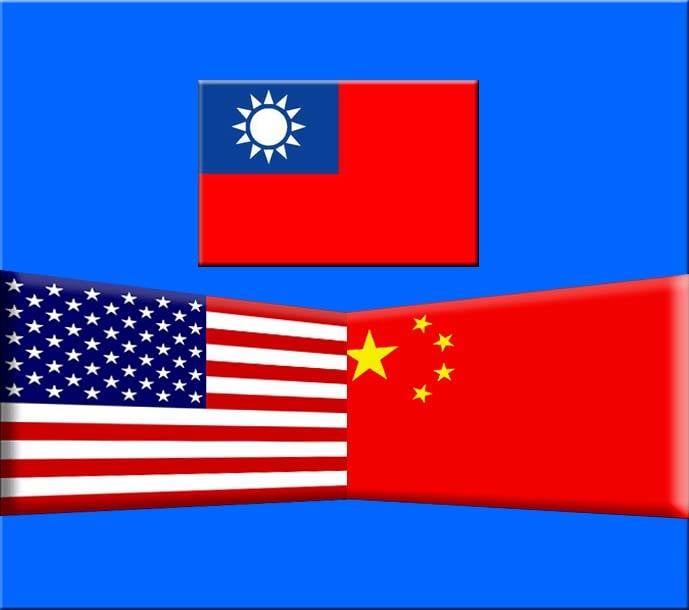 Since December, China has suspended consideration of applications from the United States to call American ships and aircraft in Hong Kong. This also applies to visits to Hong Kong by US military vessels to replenish supplies. And one cannot but admit that this decision is a very restrained response to the law "On Human Rights and Democracy in Hong Kong" signed by Donald Trump at the end of November.

Recall that this law allowed the United States to introduce new, as well as extend the old sanctions against enterprises and officials of the PRC, whose activities in the United States will be considered as a threat to human rights in Hong Kong. 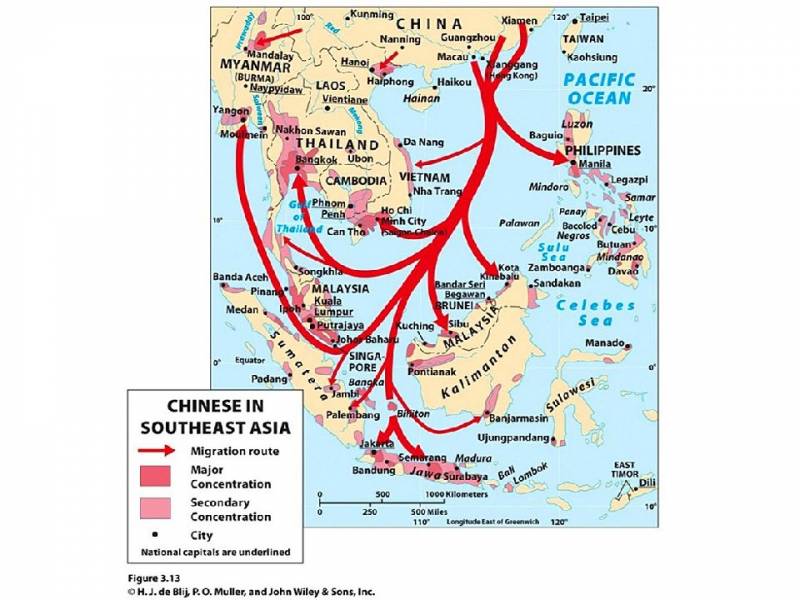 Announcing the Beijing response, the Chinese Foreign Ministry spokeswoman Hua Chunying said that "the United States should stop interfering in China’s internal affairs. Moreover, the PRC may take other steps to protect its sovereignty." However, it seems that this is nothing more than bravado.

It is difficult to assume that the United States and its allies, primarily the former owner of Hong Kong - the United Kingdom, will refuse to continue to intervene in the situation in this region, at least not to influence the local situation. Moreover, the Hong Kong factor, because of its well-known financial and economic role, has long been a convenient lever for China to put pressure on Beijing on geopolitical and economic issues ("Hong Kong. Deng Xiaoping's main mistake).

It is known that the authorities and the media of most countries in Southeast Asia since mid-2019 have almost unanimously called on the United States in connection with the situation in Hong Kong to actively counter China's claims to almost all the islands of the South China Sea. And, as can be seen on the map above, these claims seem to someone very serious.

This appeal was heard in Washington on time: on November 4, US Secretary of State Mike Pompeo stated that “we hesitated and did much less than we should when China threatened its neighbors such as Vietnam and the Philippines when it lodged claims on all of South China sea". But in the same tone, Beijing has not yet answered ...

The underlying cause of Beijing pragmatism is that the PRC has long become a foreign policy and economic hostage to its active market reforms, which started back in the late 70s of the last century. And the point here, as it turns out, is not only that the economies of the PRC, "non-communist China" (Taiwan), Hong Kong and Aomin each year have more and more "market" similarities with each other.

More importantly, the active involvement of the PRC in the world economic system does not allow Beijing to adequately respond to separatist “events” warmed up from outside, not only in Hong Kong, but also in Tibet and the Xinjiang Uyghur Autonomous Region. Even communist Beijing is unable to get away from political and economic control of the United States with the full support of transnational capital.

Beijing is unable to overcome ...

Beijing cannot influence the traditional US policy of “re-equipping” Taiwan and its legal isolation from China, which has gained new strength since the mid-2010s. Taiwan, where China’s leader has been in power for many years as the “fourth” member of the anti-Hitler coalition, Generalissimo Chiang Kai-shek, was woven into the transnational economic system in the late 50s. 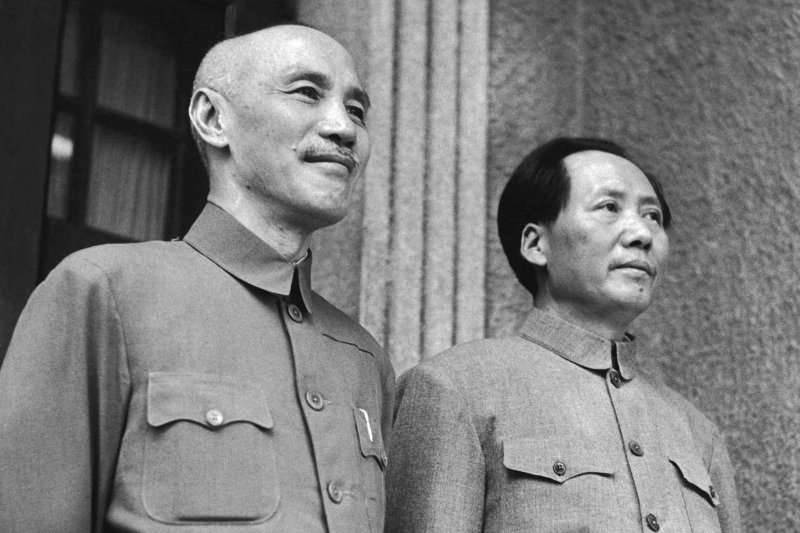 Infrequently it was possible to see a number of leaders of two Chinas: Chiang Kai-shek and Mao Zedong
And this completely "special" country still categorically does not agree with Deng Xiaoping's famous concept of "One country - two systems", which has already literally served the poor service of Beijing in Hong Kong. On the island, they simply consider their continental tribesmen to be temporarily lost. Moreover, there many are convinced that someday not Taiwan will join the PRC, but all one and a half billion “lost” Chinese will be taken for granted the primacy of the island. 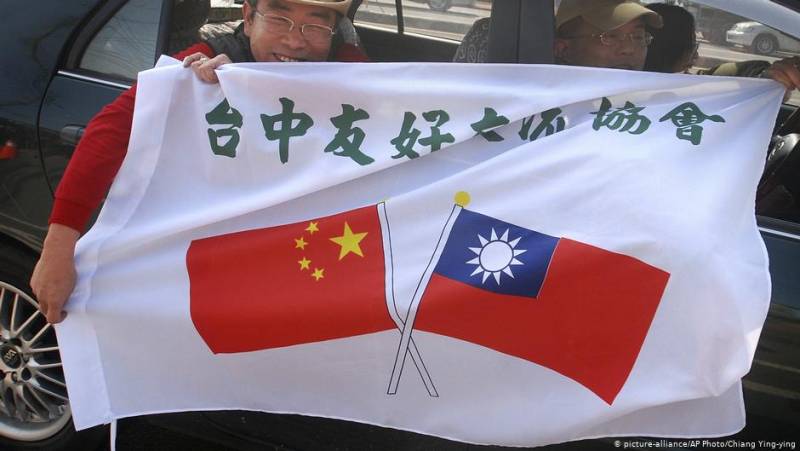 According to the State Department and the US Department of Commerce (2019), the economic and, therefore, domestic political stability of the PRC more than half depends on foreign markets open for Beijing - trade and financial. In addition, up to 60% of China's total GDP is achieved through foreign investment and technology. In the segment of processing industries, their share is not less than 65%, and in their export sector - above 70%.

The US share in the balance of foreign trade of China as a whole for many years has been at least 15% (up to $ 200 billion) per year. Moreover, with at least a 25 percent surplus in favor of Beijing. The indicators of China’s trade dependence on the EU and trade surplus in Chinese favor are slightly lower.

Of course, already these levels in themselves limit Beijing’s adequate response to the increasingly widespread and sophisticated intervention of the West, we repeat, not only in the situation in Hong Kong. That is, the overlap or even temporary barriers in the United States and others in the Western markets or in Western investments will further mix Beijing's adequate response to external interference in the PRC's internal affairs.

The same is true of Taiwan’s increasingly restrained response to long-standing support in a number of Western countries, including the United States, of anti-Chinese separatists in Taiwan (the Formosa-Taiwan Liberation Front, which has been in force since the mid-1960s).

Confirmation of such pragmatism is in the preservation, and now the active restoration by Taiwan from the beginning of the 2000s of trade, economic and unofficial consular relations with countries that officially recognize the PRC. Including with Russia and other countries of the former USSR.

Real power, but only partially

But until the mid-90s, Taiwan preferred to completely break off relations with countries that betrayed "non-communist China." Given such socio-political factors, the return of the PRC to the regime of the "besieged fortress" should be recognized as practically impossible. Especially because the pro-communist, or rather, still pro-communist bourgeoisie, which grew out of the era of reforms initiated by Deng Xiaoping, is unlikely to agree to a “countdown”. 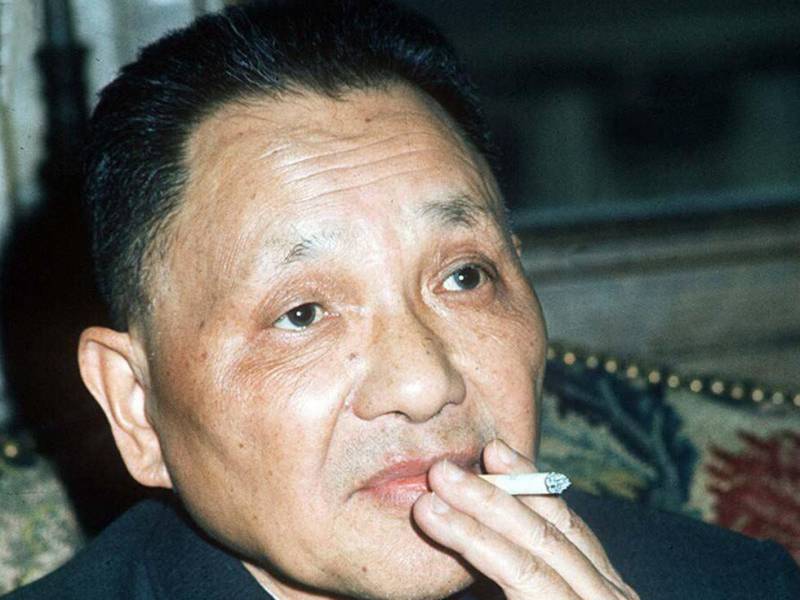 Deng Xiaoping left a very controversial legacy to the Chinese
In this regard, the Carnegie Moscow Center estimates in its study "China: Economic Development and International Security" (2017) are characteristic:
"Given the high interdependence of the national economy with the economies of other countries, especially with the economy of the West, China is unlikely to seriously expand its foreign policy and geostrategic influence."

Even the notorious Zbigniew Brzezinski considered modern China "only partially real power". And the result of the emergence of global economic interdependence, in his estimation, was "the same complete dependence of the PRC on the world market, geopolitical changes and crises", which was always characteristic only of colonial countries. 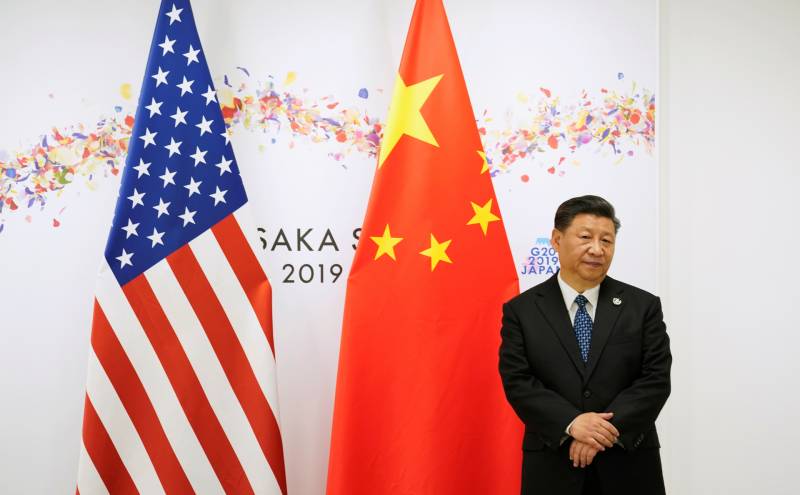 Chairman C now has something to think about
Bloomberg experts, in turn, also noted a very characteristic detail:
"... the axiom of Deng Xiaoping (1984), according to which China should wait and conceal its possibilities in foreign policy as if it had been forgotten in post-Han China."

Now Beijing intends to seriously compete with the USA and the West as a whole
"for the first violins in globalization, contrary to the financial and economic interdependence dictated by her somewhere."

"The interdependence of economies cannot guarantee China a smooth and hassle-free relationship with either the United States or the EU."

And it goes without saying that under the indicated conditions
"... Western officials and companies are actively trying, through laws, standards and trade agreements, to regulate the rules so that China and Chinese companies have to follow them."

In a word, despite the incomparability of financial and economic potentials and positions in the world of China and Taiwan, their "geopolitical vulnerability" is almost identical. Hence the limited capabilities of Beijing and Taipei in adequately responding to all kinds of attacks against them.

But the maximum similarity of the economic regimes of Taiwan and China, achieved to date, actually forces Beijing, let’s say, to follow the path of Taipei. That is, it is more pragmatic to relate to the growing political pressure of the West on the PRC. And Beijing’s militant retaliatory rhetoric and the half-heartedness of its real retaliatory measures are nothing more than a way to save face.