The intrigues of Russian intelligence: a storm in a glass of water from CNN 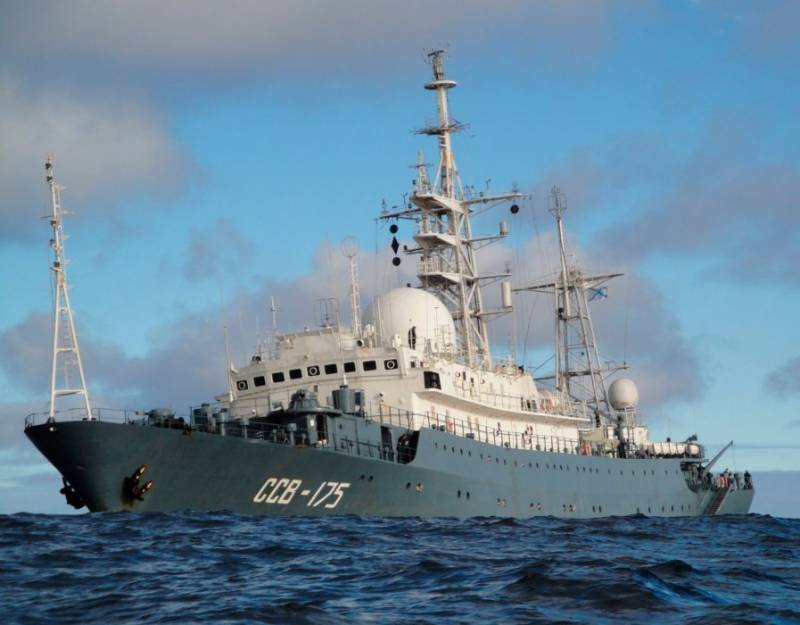 Probably not a month goes by without our media mentioning in news reports of NATO ships in the Black, Baltic or other seas conducting reconnaissance along our borders when reconnaissance UAVs cruise through airspace in close proximity to Russian border areas.

Part of the population is indifferent to this, part with understanding. But there are people who are sincerely outraged by the arrogance of the Americans or other members of the NATO bloc. The network periodically raises discussions between "ardent patriots" and "liberals" about this.

At the same time, we completely forget that we act in the same way on the shores of others or someone else's airspace. As our ships, UAVs, planes, satellites constantly monitor military facilities in other countries.

After another report on the flights of our strategic bombers in neutral waters and the interception of these aircraft by fighters of a potential enemy, we resent the arrogance of other pilots.

Today, such a discussion arose again. True, the next opposition of the “patriots” and liberals was organized not by the Russian media, but by the American. The world's second largest audience reach agency, CNN. It was there, with reference to a source in the US Coast Guard, that material recently passed on a Russian reconnaissance ship that controls the US coast and poses a danger to America.

The message is about the Russian CER (special communications vessel), Viktor Leonov. It was this ship that appeared off the coast of the United States a week ago. In principle, the tale of the communications ship is atavism during the Cold War. Anyone who understands you will tell you that the CER-175 "Viktor Leonov" is a reconnaissance ship that can really conduct complex reconnaissance.

Predictably, the discussion in the American media quickly jumped over the ocean and continued in our Russian patriotic publications. Oddly enough, the leitmotif of disputes among Americans and Russians looks the same. "This is for you ..."

What is so dangerous for the US reconnaissance ships of Russia project 864? "Victor Leonov" is just the last of seven such ships. It was commissioned in 1988. Board number 425. Serves together with the "brother" CCB-169 "Tavria" in the North navy.

In addition to the Northern Fleet, two ships are part of the Pacific Fleet, SSV-535 Karelia and SSV-208 Kuril Islands. Two ships belong to the Baltic Fleet, SSV-520 Admiral Fedor Golovin and SSV-231 Vasily Tatishchev. One ship is part of the Black Sea Fleet. SSV-201 "Priazovye".

What can these ships do? "Viktor Leonov" conducts comprehensive reconnaissance: radio engineering, radio-electronic and sonar. Simply put, now there is a “controller” of communication systems and radar systems off the American coast. The ship controls American firing ranges and missile bases, monitors the state of the seabed, and also takes data on the performance characteristics of American missiles during training firing. Well, the routine is radio interception.

In principle, such opportunities for RZK do not represent anything outstanding. Ships of this class are equipped approximately the same. That is why the military does not pay much attention to their work. A "full-time spy" who is allowed to see what is possible, nothing more. In the same way, sailors acted in Soviet times.

The question arises as to who benefits from such discussions in American, and indeed Russian, society. Why are panics not raised by the military, but by people far from the army and navy? Why are counterintelligence officers silent, but journalists worried? Moreover, journalists who most often saw the army only on the screens of monitors and TVs.

Probably, most sailors who have ever participated in the exercises of the Navy will tell about foreigners who lugged behind their ship during the exercises. Or how they themselves followed some American during NATO exercises. Moreover, no one perceives this as something out of the ordinary. Normal practice. We follow them, they follow us. Hide and seek on the naval ...

It is clear that it is important for the press to create a certain information boom to attract readers. Need a "highlight". This explains the appearance of such sensations. And the inflation of the topic is the merit of the radical patriots and their ideological opponents. The struggle between “seven in one stroke” and “chef, everything was gone.”

Information storm in a glass of water will end soon

And the topic of intelligence in this imaginary confrontation is used as the most closed and little-known sphere of activity of the military. There is an opportunity to fantasize, to use “unnamed sources”, “opinions of reliable sources” and so on. Nothing new.

So CNN, and after this agency and some Russian publications just raised a storm in a glass of water. No more. And such storms for sailors of any country in the world are just a circus number of an illusionist. Such storms of the Navy are not terrible.

This means that the information storm will die out soon. Storm needs wind, not a desk fan. 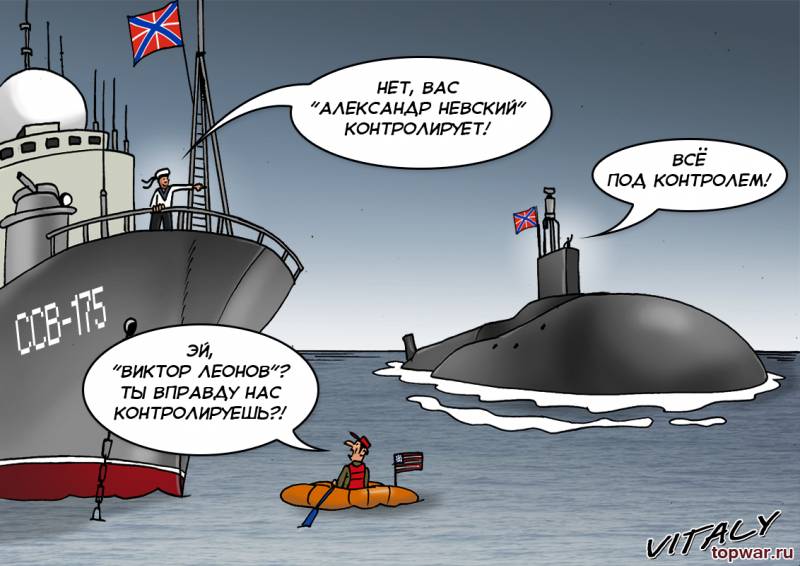