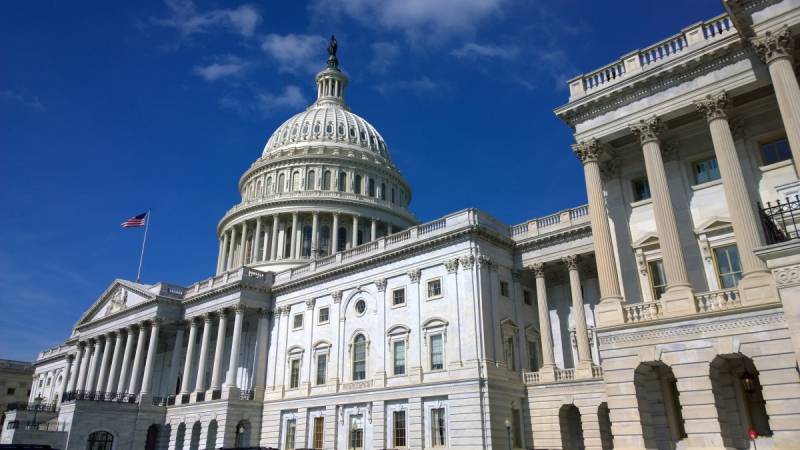 In the near future, US President Donald Trump is expected to sign a package of laws under the general name National Defense Authorization Act, which defines the country's military policy for next year. Part of this package is the Caesar Syria Civilian Protection Act (Caesar Civil Protection Act). He proposes new measures on Syria aimed at combating its legitimate authorities and opposing its allied countries.

The Caesar Syria Civilian Protection Act of 2019 (HR 31) bill, in its current form, was introduced to Congress on January 3 this year. The document was authored by almost 60 congressmen from both parties. Quickly enough, the bill passed the necessary checks, after which it was sent to the House of Representatives for voting.

On January 22, the House cast a majority of votes in favor of the draft. After that, the document was submitted to the Senate for further approval. However, at this stage, the adoption of the law slowed down. The necessary formal procedures took several months, and only in June the bill was put in the queue for voting.

The situation has not changed so far. The bill has not yet been considered by the Senate, has not received approval and remains motionless. Consideration and voting should take place this week, but its results are not yet clear. If the Senate votes for Caesar, then in the near future he will enter the National Defense Authorization Act and go to the president for signature.

Official Washington’s opinion on the Syrian issue has long been well known. The US believes that the administration of President Bashar al-Assad should leave and give way to another government that meets American wishes and requirements. For this, the United States is ready to take various measures, including impose sanctions. Another leverage should be Caesar's law. He offers economic and political methods of pressure on Syria itself and its allies.

Section 101 of the bill provides for measures against the Central Bank of Syria. Within six months after the signing of the law, the US Treasury will have to check the Syrian Central Bank for involvement in money laundering. If such schemes are identified, sanctions must be imposed on this organization.

At the same time, it is necessary to identify foreign citizens and foreign organizations in respect of which it is also proposed to impose sanctions. It is proposed to punish for material, financial or technical support to the government and the loyalist organizations of Syria. Persons related to the Syrian operations of Russia, Iran or other foreign countries will also be punished.

The reason for the sanctions is the sale or provision of various goods, services, data, etc., which can support the Syrian mining and processing industry. The same goes for sales and transfers. aviation equipment and components for it, construction and engineering services, etc.

The bill provides for the usual set of sanctions to punish violators. It is proposed to freeze any actions with the property of the offender controlled by the United States. It also refers to the cancellation of visas and the refusal to issue new ones. It is possible to impose fines in accordance with existing legislation. 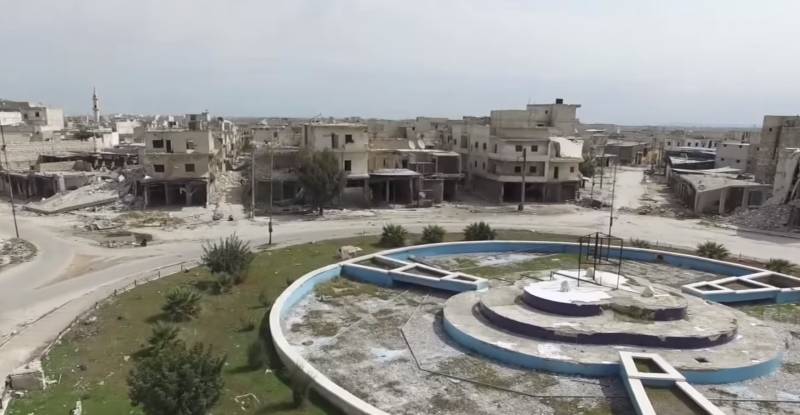 Art. 102 obliges the President of the United States within 180 days to determine the zones of Syria in which the civilian population is subjected to forced displacement, as well as to identify areas controlled by Damascus, Iran and Russia. Then it is necessary to develop a strategy for further actions aimed at protecting civilians.

The second and third chapters of “Caesar” describe measures aimed at weakening the “B. Assad regime” and supporting the civilian population. It is proposed to supplement existing laws and create new action strategies.

Art. 401 of Chapter 4 describes the conditions for suspending sanctions. Under these conditions, the US president has the right to suspend sanctions for a period of not more than 180 days. The conditions are quite simple. They directly affect the military activities of the Syrian government and relate to the Russian operation.

The bill requires Syria and Russia to stop using airspace to strike civilians. It is required to ensure the access of humanitarian missions to areas "besieged by the Syrian government", to release political prisoners and to ensure the investigation of offenses in this area. Syria, Russia and other countries should no longer carry out deliberate attacks on medical facilities, educational institutions, gathering places, etc.

Further articles of the bill stipulate the specifics of its implementation, appoint responsible, etc.

The goals and objectives of the Caesar Syria Civilian Protection Act of 2019 (HR 31) are clear and obvious. Moreover, its authors do not even hide them. Washington has long wanted to remove B. Assad and is constantly taking various measures, although the final goal has not yet been achieved. The Caesar bill largely repeats the measures already taken, but also offers new ways to solve political problems.

Washington, in the person of both parties of the Congress, is again trying to use the theme of “the tyrant Assad, destroying his own people” and is building a new bill on its basis. Once again, sanctions are proposed against representatives of the Syrian authorities at different levels. However, for them it will not be a surprise. For a long time, the United States has been systematically using all available methods to put pressure on B. Assad and his colleagues.

Much more interesting in the bill are measures against third countries. The Caesar Syria Civilian Protection Act punishes cooperation with the Assad regime in a number of areas. It is noteworthy that these measures are introduced not only for participation in military operations, but also in other contexts. So, foreign countries and organizations are threatened with sanctions to participate in infrastructure construction in Syria.

This measure is of particular interest. It is alleged that such a ban would deprive the Assad regime of funds, including from foreign investors, and will not allow him to cash in on construction. In addition, the restoration of social facilities and peaceful life in the liberated areas adds B. Assad respect among the civilian population, which is also an important factor in the political struggle.

It is curious that the authors of Caesar proposed depriving B. Assad of finances and influence on the people, but they did not specify who, how, and at what expense should restore the Syrian infrastructure. In light of this, the “law on the protection of the population” is more like a hypocritical attempt to solve its political problems, hiding behind noble slogans, and to the detriment of the real reconstruction of the country. 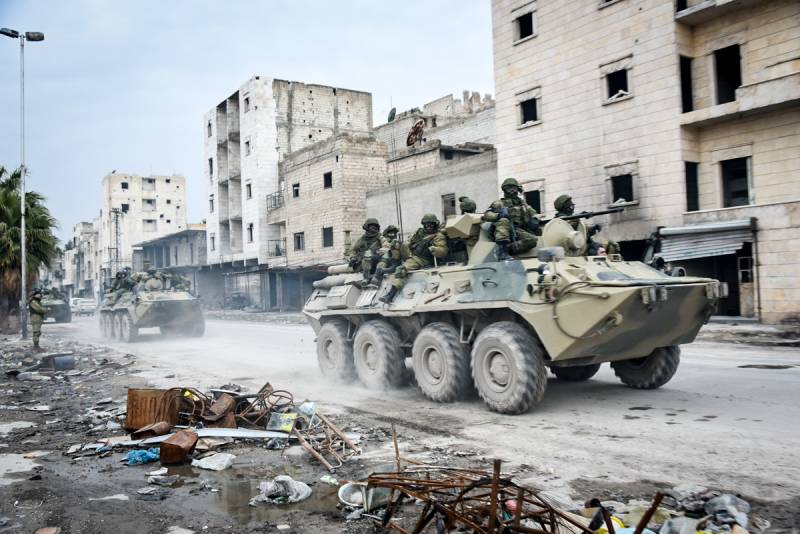 Work of sappers of the International Mine Action Center of the Ministry of Defense of Russia in Aleppo (Syria) /Mil.ru
It is also necessary to pay attention to the proposal for the imposition of sanctions against third countries. Who exactly will fall under the Caesar Syria Civilian Protection Act is not yet determined, but it is clear which countries it is aimed at. Iran and Russia are actively helping Damascus, and so Washington is trying to threaten them with its new bill.

Specific individuals and organizations covered by Caesar will be determined later - within 180 days after its signing by the US President. Knowing the peculiarities of Syria’s cooperation with foreign countries, one can imagine which organizations run the risk of being sanctioned. However, Washington, under any pretext corresponding to the agenda, can include anyone on the sanctions list. 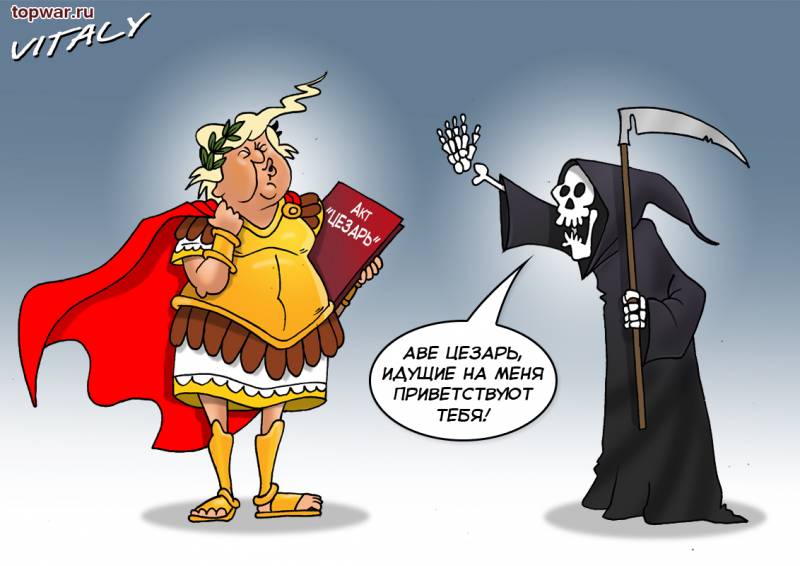 The “Syria Civilian Protection Act” passed the House of Representatives back in January, but then faced notable difficulties. It has not yet been considered by the Senate, although this event is expected from day to day. Only after the approval of the upper house will the bill be signed by President D. Trump.

It is necessary to recall that the bill passed through the House of Representatives without any problems. Despite the fundamental differences, both parties generally advocated a new law. The same should be expected from the Senate. In this case, there is every reason to believe that Caesar will successfully go to the White House and be certified by the presidential signature.

As a result, a new binding document will appear in the National Defense Authorization Act 2020. Due to him, the United States will receive a new instrument of pressure on third countries to achieve its goals in Syria. Will it be effective and will it solve the tasks - time will tell. However, it is now clear that it will not help a quick and simple resolution of the Syrian problem.