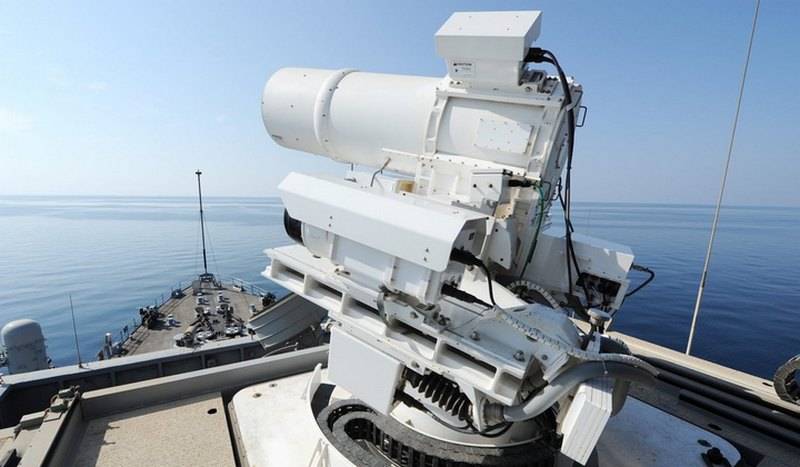 The US Department of Defense intends to conduct large-scale tests of combat lasers. This was announced by the Pentagon Assistant Director of Development weapons directional energy transfer Thomas Carr transmits "NPlus1" with reference to Breaking Defense.


The Pentagon plans to test combat lasers for their ability to shoot down cruise missiles. Tests will be conducted in the interests of the Air Force, Navy and the US Army. According to the Pentagon plans, tests of 300 kW lasers should pass in 2023 year, 500 kW power - in 2024 year.

Currently, the US Department of Defense is in talks with three developers of combat lasers to create demonstration models of powerful laser weapons and conduct their tests.

In the event that the laser tests are successful, the Pentagon will order the development of a combat laser system with an output of 1 megawatts.

It should be noted that a single-megawatt laser system has already been developed in the United States. It was jointly developed by the American companies Boeing, Lockheed Martin and Northrop Grumman, commissioned by the United States Missile Defense Agency. An ABL air-borne chemical missile laser was deployed in the bow of a modified Boeing 747-400F cargo aircraft.

In 2010, the U.S. military conducted ABL tests, during which they managed to shoot down two ballistic missiles in the upper part of the trajectory, but soon the project was closed. The Pentagon considered the laser system and its carrier too heavy and large to be used as part of the missile defense system.
Military Reviewin Yandex News
Military Reviewin Yandex Zen
50 comments
Ad