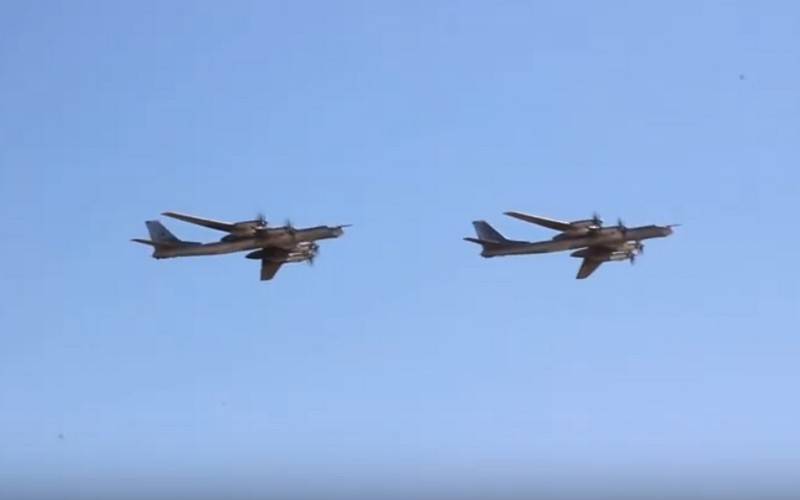 A pair of Russian strategic missile carriers Tu-95MS conducted another scheduled patrol over the neutral waters of the Japan and East China Seas. At certain sections of the flight, Russian strategists were accompanied by fighters from Japan and South Korea. This was reported by the Ministry of Defense of Russia.

The flight of the strategic Tu-95MS lasted more than 10 hours, the aircraft passed over the neutral waters of the Japan and East China Seas.

Far pilots aviation regularly fly in strict accordance with international rules for the use of airspace, without violating the borders of other states
- it is spoken in the message of the Ministry of Defense.

It is possible that in the future the Russian Foreign Ministry may receive a note of protest from South Korea accusing Russian strategists of entering the so-called South Korean air defense identification zone. The Russian Ministry of Defense has repeatedly stated that this zone is not provided for by international rules, it was created independently by South Korea and is not recognized by Russia.