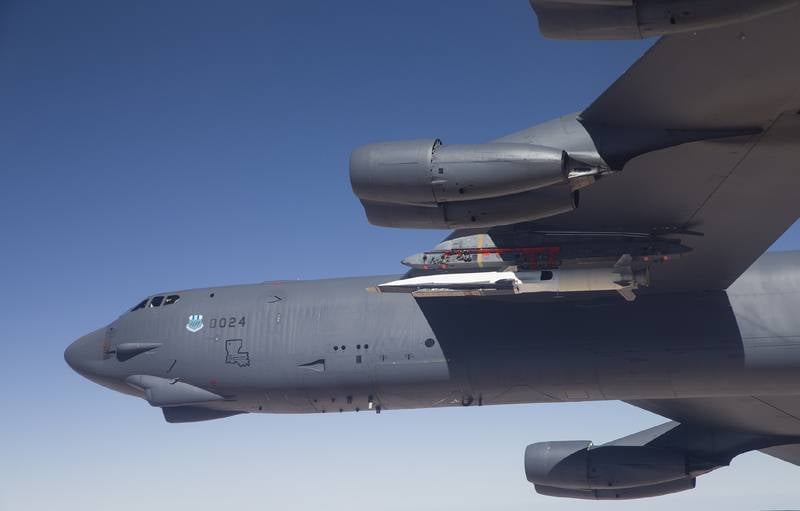 US Air Force Command Counts Both Types of Hypersonic weapons, developed by the Air Force, will already be in initial combat readiness in the 2022 year. This was stated by the head of the US Air Force Logistics Command, General Arnold Bunch.


Speaking to a group of journalists on Thursday, Bunch, in response to a question why hypersonic weapons were not included in the Air Force’s science and technology development strategy until 2030, replied that the US Air Force is already developing hypersonic weapons in two programs.

We are already making efforts in the field of hypersonic (weapons). I already have two programs. We are already implementing them: HCSW and ARRW (Hypersonic Conventional Strike Weapon and Air-Launched Rapid Response Weapon) (...) We are already working with DARPA, we are already conducting research
- TASS leads the statement of the general.

According to the general, the US Air Force plans to achieve initial combat readiness of hypersonic weapons for one of these projects, or for both immediately by the 2022 year.

It should be noted that in addition to the US Air Force, its own programs for creating hypersonic weapons are conducted by the US Navy and DARPA, the Department of Defense Advanced Research Programs of the US

We are in Yandex Zen
Yuri Drozdov: Russia prepared the role of the sacrificial calf
December 2010 years. Russian March. Senseless and merciless? Notes not a Russian person
35 comments
Information
Dear reader, to leave comments on the publication, you must to register.