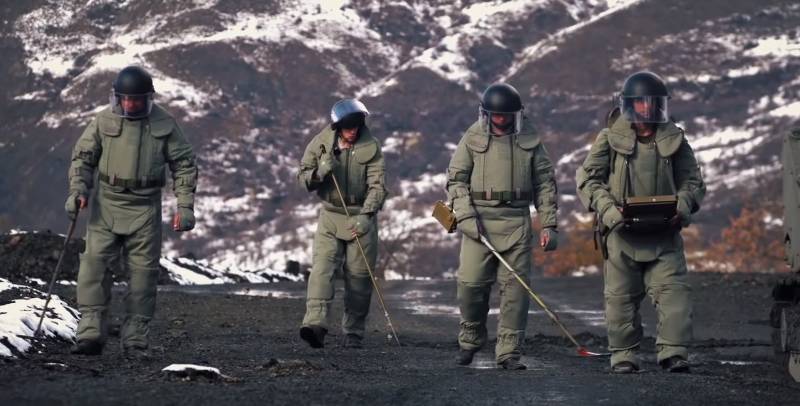 Mines - a class of ammunition that continues to fight even after the conclusion of peace treaties, and against all. You can pacify such a frenzied element only by contrasting it with cold calculation and the spirit of experimentation. Today, the crew of the Polygon program of the T24 channel is waiting for a journey into the world of disarmament and pacifism, which will be led by specialists from the engineering forces.

A special device designed for mine clearing and disposal of ammunition, as well as a real rescue for sappers, is the P-40 device. Its operating principle is similar to the operation of conventional cumulative ammunition. When blown up, the membrane turns into a red-hot stream, piercing the wall of the ammunition and burning the explosive. Due to the fact that there is a combustion reaction in the process, detonation does not occur, it is too slow and boring for an explosion, but it is very useful and fun for a sapper. The "Destroyer" is able to cope with almost any ammunition: from a hand grenade to aviation the bombs. True, to destroy smaller deadly finds this device is problematic.

In search of the ideal means for mine clearance, the Polygon team went to the North Caucasus to personally observe the work of the sapper robot Uran-6. This modernized complex is completely a domestic production and allows for continuous clearance of anti-personnel minefields with an explosive mass of up to 2 kg of TNT. An 190-strong engine is installed on the machine, which allows you to disperse the 6-ton beetle to 15 km / h. Also, the machine is able to overcome obstacles up to a meter high, which for such an iron box is, in general, a feat. The Uran-6 mine clearing complex consists of a specially equipped KAMAZ truck, a set of ramps and, in fact, the most remote controlled mine clearing vehicle. The devices are mounted on a tracked platform and include: a housing, an engine, a bulldozer blade, a gantry trawl, a switching and transmission unit. The working equipment is removable. The kit also includes a milling trawl for hard soils and a roller trawl for sand. “Uranium-6” can withstand the explosion of 1 kilograms of TNT and not suffer. The principle of the complex’s operation is based on trawling, during which either the ammunition works normally from contact with the trawl, or simply collapses from the mechanical impact of the striker. Chains unwind strikers up to 700 revolutions per minute, which allows plowing soil up to 30 cm in depth. The robot is designed so that the fragments in the explosion go either on the sides or under the car, but not in the direction of the sappers.

The path for the development of mine clearance tools only goes a long way. The Ministry of Defense has a concept for introducing robotic assets for military use. I would like to believe that soon non-contact methods of search and destruction of ammunition will supplant the dangerous and recklessly hard work of the sapper. A new technological revolution is just around the corner. Perhaps this is the only industry where I would like to completely replace a person with a robot without any regret.

We are in Yandex Zen
Last obstacle
Moon ship
6 comments
Information
Dear reader, to leave comments on the publication, you must to register.