2: 0 in favor of the dollar. Having abandoned the "green", they forgot about the "wooden" 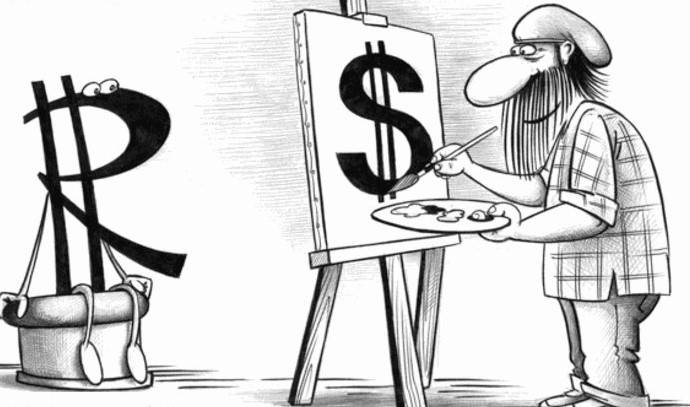 Balancing on the brink

It seems that the Russian monetary authorities, and this has long been not only the Ministry of Finance and the Central Bank, but also fiscal services, and Financial Monitoring, and a number of seemingly extraneous structures from the security sphere, are going to have difficult times. After all, for a long time they will be forced to balance between the thirst for maximum export profits and the need to get rid of dollar dependence.

And all because the course on dedollarization is accepted and nobody will cancel it. However, so far almost everything that is being done on this part is somehow not very successful. For example, despite the adjustment of the structure of the National Security Fund, dollars and dollar assets in reserves, despite all public declarations, there are still more than any other means of payment, from currencies to gold.

However, reserves, even if they are in securities with some kind of income, can be considered assets only in form. A simple currency is a dead load, which is constantly losing value due to inflation. At the same time, only outcasts like Iran and Turkey, or Russia's partners in the EAEU, who we continue to stuff with rubles even at a loss, actually switch to settlements in their own currencies. And this is 1: 0 in favor of the dollar. At least in Russia.

Nevertheless, it is Russia that is currently the real leader in the campaign to limit the privileges of the dollar in the global financial system that has already covered many countries. But they really are exorbitant, as our leaders, as well as representatives of the Central Bank of the Russian Federation and the Ministry of Finance noted. In addition, the United States by its own actions continues to constantly fuel the idea of ​​de-dollarization of the global economy.

The course to reduce dependence on the dollar in Russia is regularly criticized, and precisely because the dollar is strengthening against most other currencies. On this we are really forced to suffer certain losses, but they, in addition to the inevitable, are still somewhat virtual in nature. And in order to avoid them, one would have to make such large-scale and quick changes that it could have cost much more. 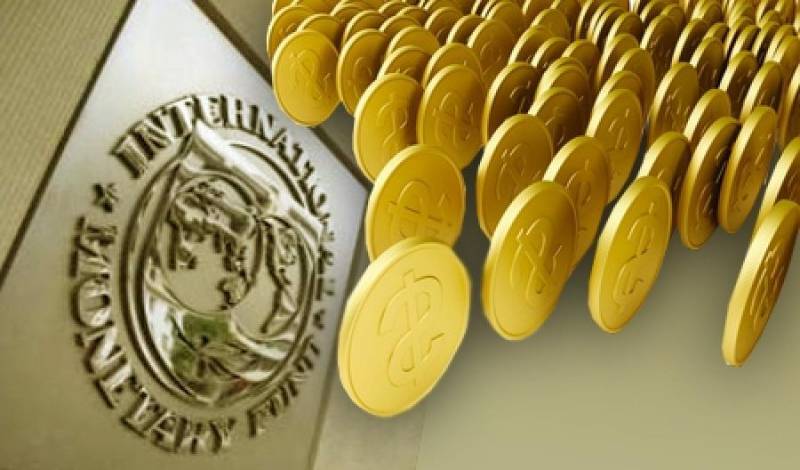 Our financial authorities are often blamed for the fact that they are more likely to find strong arguments in various kinds of disputes with the United States on topical issues. Not only is the addressee here actually higher than the Central Bank and the Ministry of Finance, in fact, this kind of criticism deserves just the lack of consistency in the implementation of the chosen course on de-dollarization.

There is another somewhat strange argument in the mouths of our liberals from the economy: supposedly in reality we are talking only about the desire to bring an ideological base for strengthening currency control. But in fact, no gain has been observed in Russia since the fall of 1998, just the opposite.

As a result of default, the government of Primakov and Maslyukov immediately tightened the currency nuts. And then they were only weakened. It must be said that the Central Bank and the Ministry of Finance, whoever has headed them since then, were simply surprisingly consistent just in terms of weakening currency control, which has been written more than once in Military Review (“Ruble or dollar: which currency will collapse first?”)

Yes, the process continues, stopping solely due to crises and sanctions. But such good reasons could well be used as the basis for returning to the healthy practice of extremely tight currency regulation. Honestly, without it, dedollarization is nothing more than a declaration.

Yes, the number of dollars in Russian reserves is declining. However, not so much that at least the euro there is more than the dollars. Yes, we trade with many not in dollars, saving on commissions, but the dollar is neither cold nor hot from this. However, if the “green” from the Russian demarches was even a little worse, we from Washington would have to say “thank you” in general. 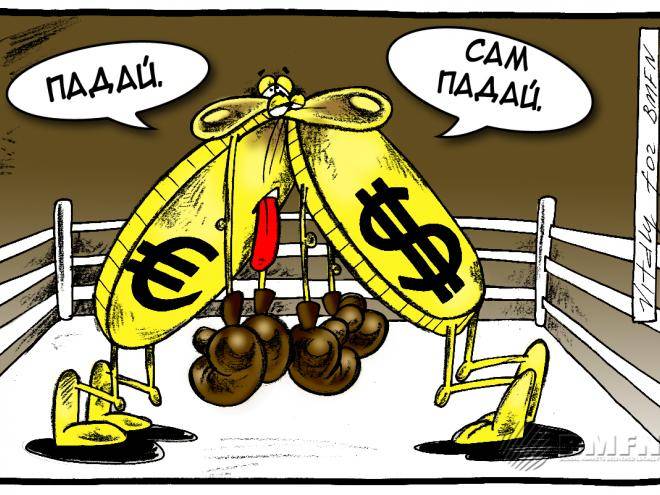 This is 2: 0 in favor of the dollar. After all, the states overpriced their own currency across their throats. And in foreign trade it is a hindrance, and the public debt makes it more expensive. Nevertheless, we repeat, the process continues. By and large, operating with the currency in Russia is becoming easier and easier. And this does not apply to those who need to throw a hundred or two bucks in the exchanger, but the players are much larger.

Just the other day, a new bill was submitted to the legislative structures that directly affects the sphere of repatriation or return of foreign exchange earnings. It proposes to put into practice the old idea of ​​not punishing exporters for the fact of non-return at all.

It is planned that such a practice will only serve as something like evidence or grounds for a more thorough examination of other violations of currency legislation. For some reason, the authors have no doubt that the bill will go through the lower house of parliament. Difficulties may arise at the top, but only because the influence of the oil and gas and trade lobbies is not so strong there.

In fact, the point is that formal dedollarization can quite peacefully coexist with pumping up the economy with foreign currency. The project, one might say, is doomed to success, since a somewhat strange idea is being promoted under the good pretext that Russian exporters can quickly need dollars to carry out foreign exchange foreign currency transactions.

Our home-grown liberals from the economy today earnestly criticize the government for preferring the euro and the yuan to the dollar, but it can be praised for the fact that it can be left without foreign exchange earnings.

Meanwhile, the dollar, which has only become stronger due to trade wars, continues to put pressure on global economic growth. Washington is already loudly repeating not only the need to support active efforts aimed at weakening the dollar, but also that the Federal Reserve System and President Donald Trump’s administration should intervene. Amid the strengthening of the dollar over the past ten years, at 22% in real terms, this approach can be understood.

What, then, can be expected from Donald Trump, which seems to be completely unpredictable? In this regard, one cannot fail to quote one of the most consistent critics of world dollarization, Steen Jacobsen, chief economist at Saxo Bank. In his opinion, the American administration “in case of its intervention in the situation with the dollar may enact the 1934 Act on the gold and foreign exchange reserves, giving the White House broad powers to intervene in regulation, for example, by selling dollars to buy foreign currency. The Fed may also print "new dollars." 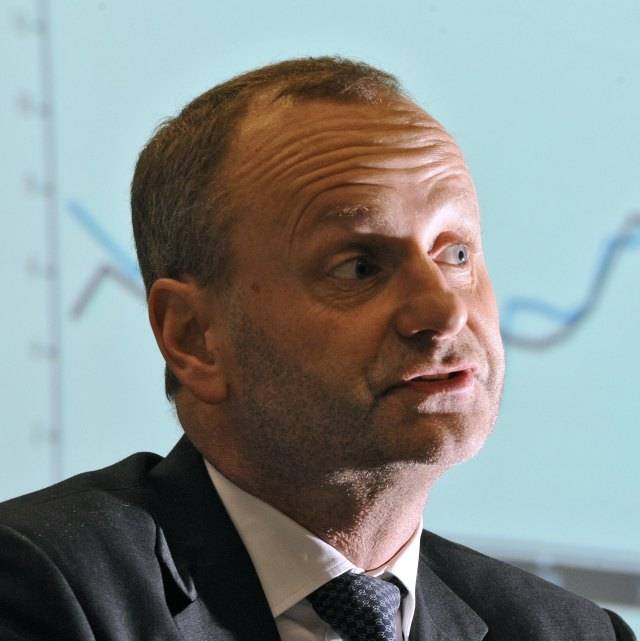 Saxo Bank Steen Jacobsen: Monetary Policy Fails
Since 1995, the United States government has intervened only three times. But “2019 year, most likely, will be remembered as the beginning of the end of the largest in stories monetary experiment, the year the global recession began, despite the lowest nominal and real interest rates in history. Monetary policy has reached the end of a very long journey and proved to be untenable. ” This is also a quote from Steen Jacobsen.

Already, few today dispute the fact that following the dogmas of monetary policy turned out to be a dead end. The world economy is left with almost the only way to break the deadlock: to lower the price of global money itself, which by more than 50 percent represents the same American dollar.

Not only Russian or Chinese, but also many Western experts are alarmed that structural strengthening of other currencies is necessary for the structural weakening of the dollar. However, this has been hindered by the existing shortage of dollar liquidity. It’s a paradox, but it happens in a world literally flooded with “green” pieces of paper. 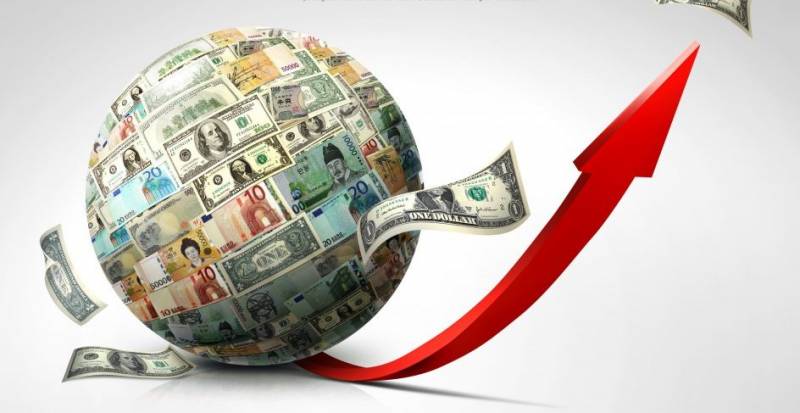 “We conduct operations in a world based on the dollar, this is a key driver of the global economy and financial markets. Starting from 2014 of the year, there is a structural problem of the dollar deficit in the world as a result of the Fed’s policy of "quantitative tightening" and lower oil prices, which led to a decrease in the number of petrodollars in circulation, "the head of the macroeconomic analysis department of the same Saxo notes with some surprise and justifiable alarm. Bank Christopher Dembic.

The United States is rapidly growing difficulties with funding the current account deficit. It turns out that Donald Trump needs dollars to secure his re-election in the 2020 year, but all those who owe the United States and to whom the Americans themselves owe more need it. Russia is by no means on this list, although it now trades mainly in euros. And this only indicates that with dedollarization it is quite possible to be more active. Ignoring the growing green.