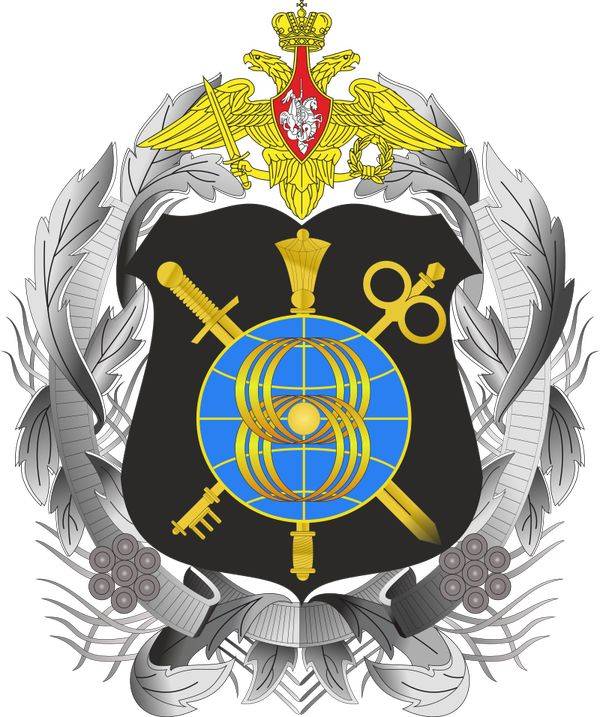 On November 13 in our country people who are directly related to the State Secret Protection Service of the RF Armed Forces celebrate their professional holiday. It is worth noting that in 2018, this service celebrated its 100 anniversary. The official date of creation of the service is November 13 1918 of the year.

The history of the emergence of the state information protection service

The official date from which it leads history The State Secret Protection Service (HRT) is considered November 13 1918 year. It was on this day that the Revolutionary Military Council of the young, newly formed Soviet Republic issued an order under the number 217 / 30, which specified the staff of the organizational management of the All-Russian General Staff. In the new structure, for the first time in history, an encryption department was allocated as an independent unit. It is from this date that Russian military cryptographic agencies trace their history, which in the future will become the basis for the entire system of protecting state secrets of the Armed Forces of the Russian Federation. Over time, the branch was transformed into the Eighth Directorate of the General Staff of the Red Army, and in modern realities - the Eighth Directorate of the General Staff of the RF Armed Forces.

At the same time, it would be strange to assume that before the 1918 year they were not involved in the protection of important information in the armed forces. Such work has always been carried out, starting with the origins of Russian statehood, but they were not systemic, did not differ in such organization and orderliness. Encryption was resorted to even in Ancient Russia, so in the XIII century the so-called gibberish letter was used, which was supposed to protect written information from prying eyes. The scientific name for this encryption method is litorea. In Russia, two types of such cryptography were used: simple and wise. Garabar literacy was called just a simple litorea, which provided for the replacement of some consonants with others. The oldest surviving and surviving examples of such encryption date back to 1229. It is known, for example, that Sergius of Radonezh used a similar method in writing. 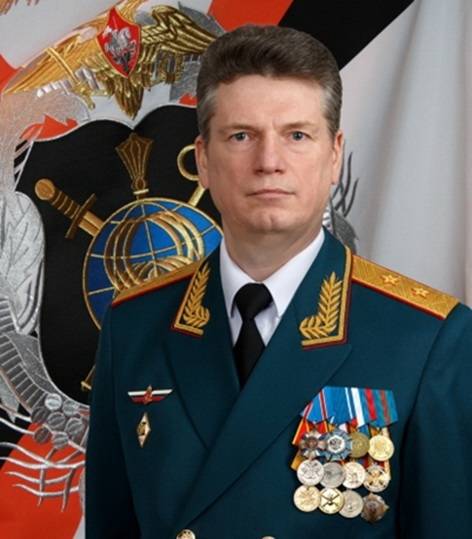 Head of the State Secret Protection Service of the RF Armed Forces, Lieutenant General Yuri Kuznetsov
Over time, encryption methods and techniques have improved. The issues of protecting state secrets, important political and military information received more and more attention. For these purposes, we used: reverse writing, the use of different alphabets, complex models of digital cryptography, etc. The first officially confirmed use of the domestic cipher dates back to August 1633. The act that has reached us is stored today in the funds of the Russian State Archive; it regulates the implementation of the domestic code at the state level. We are talking about the code of Patriarch Filaret, which they began to use in the Ambassadorial order.

Already under Peter I, ciphers and various codes began to be used in large numbers in Russia, and the first Russian emperor began to introduce specially designed posts and services in offices and colleges, for example, secret (secret) and "digital" departments. In the second half of the 19th century, as part of the country's military reform, a private military key appeared in the Russian military department, which was used to encrypt the most important messages for secret correspondence. At the same time, a feature of the work in those years was that the performers themselves were directly involved in encryption: personally the Minister of War of the Russian Empire, the chief of the General Staff, and down to the top officers who commanded corps and divisions.

After the 1917 revolution and the outbreak of civil war, the very need to encrypt important messages became even more obvious, reaching a new level. For this purpose, on November 13, 1918, a special service was established - the encryption department. At the same time, in the ground forces and on navy started work on the creation of new rules and instructions that explained the work with secret documents and information. Cryptographic work was established not only in Moscow at the General Staff, but also in the field. The process was systematized and regulated. Much attention was paid in the 1930s to the development of special equipment. Scientific progress forced the military to pay attention to special encryption machines, the first models of which appeared in the USSR just in the mid-1930s. And already in 1938, the country managed to launch mass production of encryption machines, which were sent to the troops and were used to accelerate the decryption of incoming reports. 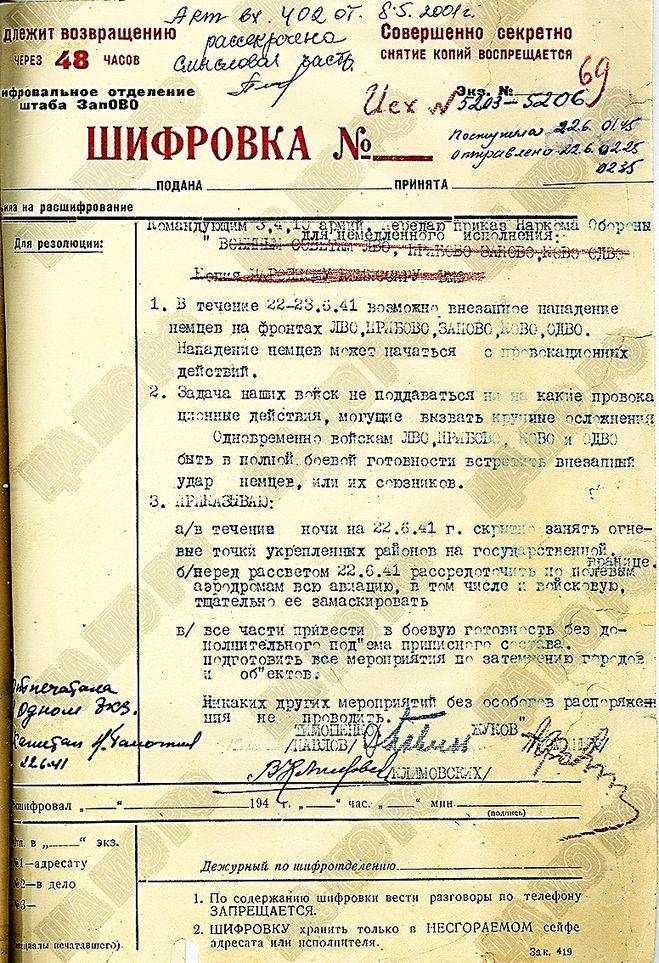 The encryption service during the Great Patriotic War

By the time the Great Patriotic War began, the encryption service was a well-developed and staffed structure with trained personnel, including engineers. Already at night, from 21 to 22 on June 1941, a telegram was sent to the military districts of the General Staff through the encryption body of the General Staff, which talked about a possible German attack on the USSR, so that the cryptographers started working on military posts even before the first German shells and bombs began to burst on Soviet soil.

There is an opinion that work at headquarters is “calm” and safe. But in the conditions of the total war of annihilation waged by Germany and the USSR, there were no more safe places at the front. As Lieutenant General Yuri Kuznetsov, who is the head of the State Secrets Protection Service of the RF Armed Forces, told in an interview with the official newspaper of the Defense Ministry Krasnaya Zvezda, almost every sixth cipher of the army was killed during the Great Patriotic War. So the work was both responsible and dangerous, especially in the first half of the war, when Soviet troops retreated and fought back farther east, often falling into encirclement.

Already after the outbreak of the war on October 7, on October 1941, the Office of the General Staff Encryption Service was officially renamed the Eighth Directorate of the General Staff, the office also has this name in the 21st century. In total, during the years of World War II, it was possible to form and reorganize 5530 special bodies, to staffing which personnel were transferred to 15 634 specialists. The work of these people was very responsible, since they did not have the right to make mistakes when compiling cipher telegrams, and in the environment of parts or the death of warships, the ciphers had to take care primarily of saving or destroying documents, and already in the second - of their own life and security. 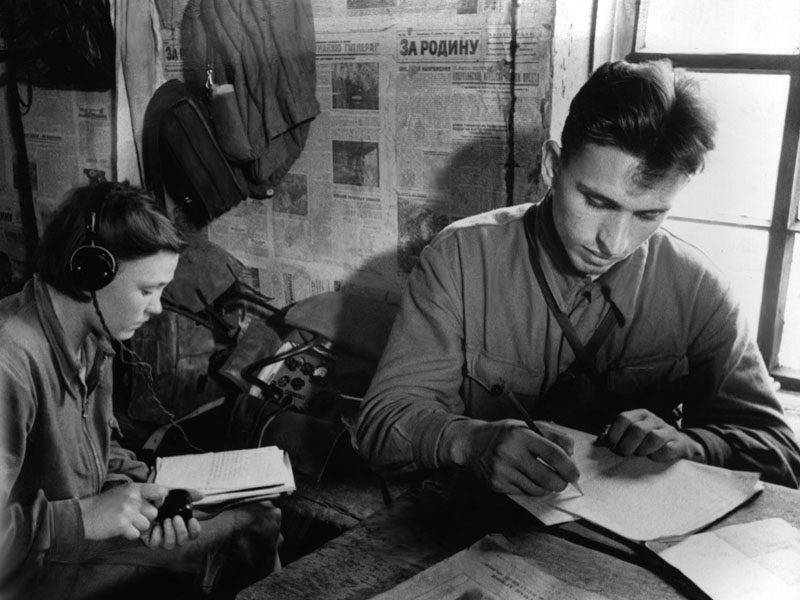 The fact that the service of Soviet cipher officers often concealed a serious danger to life and left room for heroic deeds is evidenced by the story of N.G. Shestakov, who served in the Northern Fleet. On July 20, 1941, at Cape Sizy in Yekaterininskaya harbor, 11 German Ju-88 bombers attacked the Soviet destroyer Stretitelny, which was one of the newest and most advanced surface ships in the fleet. As a result of a direct hit from three aviation bombs, the destroyer literally broke into two parts, while the bow of the ship lasted the longest (about 20 minutes) on the surface of the water, the waist and bottom went under water in just a couple of minutes. In a difficult situation that directly threatened life, the commander of the special coded communications department (KSK) Shestakov managed to get to the communications post, from where he brought out a sealed special bag with documents. With this bag, Shestakov successfully reached the coast, and valuable military documents were saved.

The high quality of the work of special bodies, including cryptographers, was appreciated during the war years, prominent Soviet military leaders spoke about this. It is no coincidence that in the famous Victory Parade, which took place on Red Square 24 on June 1945, cryptographers of the General Staff also passed as part of the combined regiment of the People’s Commissariat of Defense.

Every year, the importance of protecting and encrypting important information is only growing. In the digital age, when information is transmitted almost instantly and in huge volumes for thousands of kilometers, the protection of transmitted data is becoming increasingly important. This is not unusual, considering that along with the active development and implementation of information technologies in the civilian and military spheres, the number of attempts to unauthorized access to various information, including military information, is also growing. Foreign intelligence is working on obtaining such information, therefore, the State Secret Protection Service of the RF Armed Forces still has a lot of work. 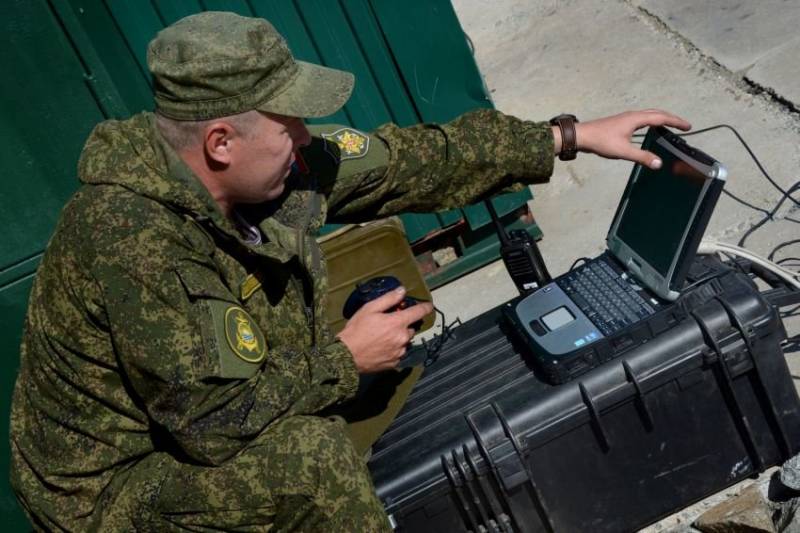 To meet the challenges of the time, the Eighth Directorate of the General Staff works for the future, paying great attention to the training of highly qualified personnel. In recent years, the establishment of a Research Center at one of the country's oldest military universities, the Krasnodar Higher Military School, has become a very important step. The work of this research center is directly related to the development and improvement of the HRT system, which is used today in the Russian army. Similar work is also being actively conducted on the basis of the first Russian military technopolis Era, which is located in Anapa on the Black Sea. The laboratory of "Information Security" operates on the basis of the technopolis. An additional strengthening of the service is the creation of a special scientific company of the Eighth Directorate of the General Staff on the basis of the Krasnodar Higher Military School. The main goal of the work of this scientific company is the implementation of scientific and applied tasks aimed at protecting information in the Russian armed forces.