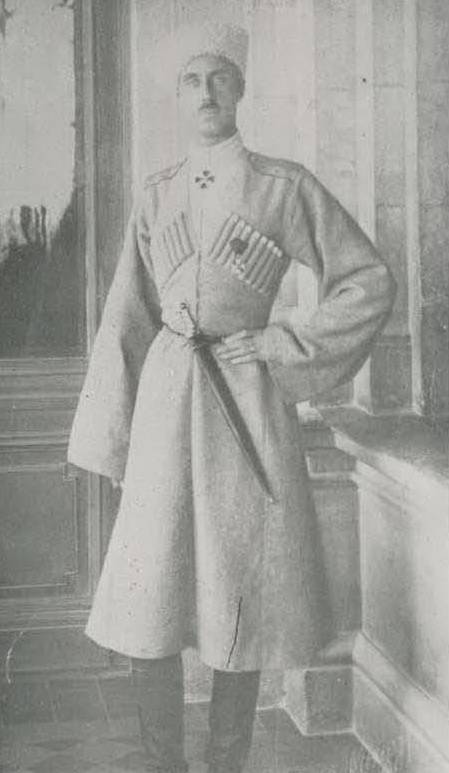 The situation with the appointment was as follows: “Gene. I almost did not know A.I. Denikin. During the Japanese war he met - at the headquarters of the gene. Rennenkampf, saw him in Mogilev. 27 August gene. Denikin reminded me of a meeting in Manchuria, said that he had heard about me more than once from the gene. Kornilova. "How do we use you ... we have few troops" ... As you know, in 1917 I commanded a cavalry corps, but in 1914 I was a squadron commander ... and still not out of date to stand up again the head of the squadron. " - “But even the squadron ... do you agree with the team leader?” - “I’m listening, Your Excellency!” 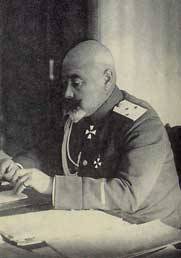 Commander-in-Chief of the Volunteer Army (with 25. 09. (8. 10.) 1918) and the Armed Forces of the South of Russia (with 26. 12. 1918 (8. 01. 1919)) Lieutenant General A. I. Denikin
But he received a division, which caused great surprise among the staff officers, since the volunteer Headquarters strictly adhered to nominating exclusively "pioneers" to command posts.

As an outstanding cavalry commander, P.N. I. Denikin. The infantry generals did not respond to a note filed by P.N. Wrangel in mid-November with a proposal to immediately begin re-creating regular cavalry units with a special main body over them - the cavalry inspection. The volunteers reacted rather coolly to the construction of a regular army. 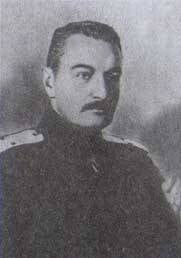 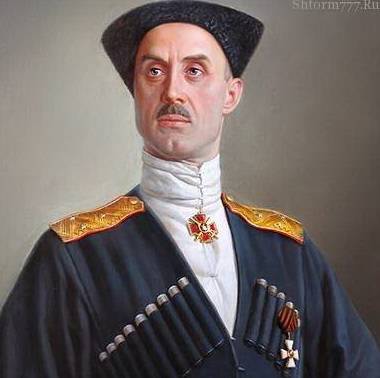 The general went to Ekaterinodar, and “Denikin thanked for the actions of the units, promised to help everyone and sent to Romanovsky ... I met with him a very kind reception, but I could not get a definite, comprehensive answer.”

By the 29 of January 1919, the North Caucasus was cleared of the Bolsheviks. White trophies became: 21 one thousand prisoners, 200 guns, 300 machine guns, 8 armored trains and other rich military booty. 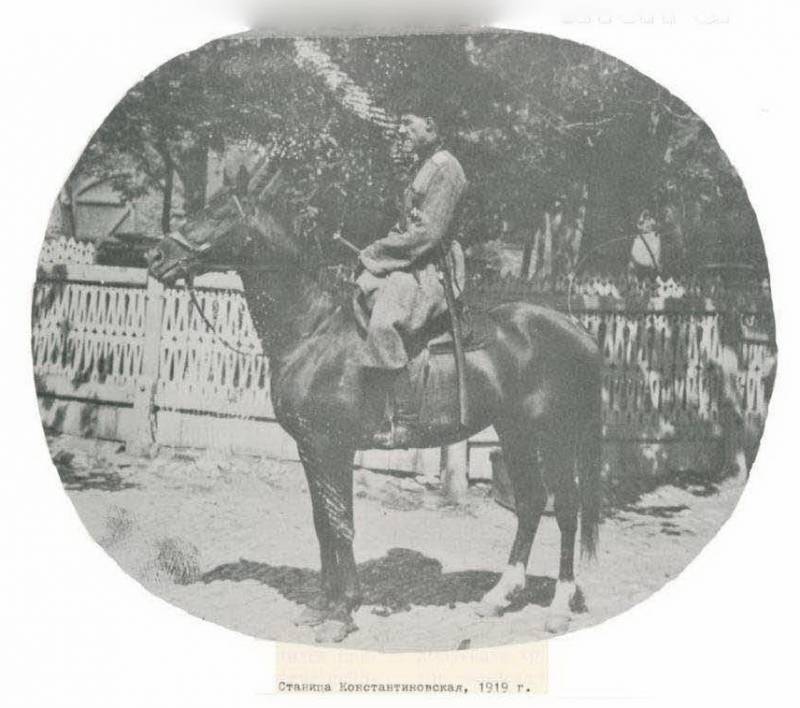 P.N. Wrangel was seriously ill with typhus. And doctors thought his condition was hopeless. Olga Mikhailovna was called from the Crimea, and thanks to her careful care and the care of the doctors, the general was saved from death. He met with A. I. Denikin at the 6 week of Great Lent - in Yekaterinodar. The meeting was cordial. The commander-in-chief and the chief of his staff complained about the "intrigues of the Kuban intriguers." To this P.N. Wrangel openly expressed his view - about the need for the sake of a common cause to be more tolerant, to agree and equalize the rights of the Cossack troops. Thus, while volunteer generals did not like the “independent Cossacks,” P. N. Wrangel called for a settlement of the contradictions that existed.

He did not sympathize with the operational plan adopted by the Headquarters, believing: “1) that the main direction should be tsaritsinsky and ... speedy communication with the troops of the adm. Kolchak; 2) act mainly in one direction, the most vulnerable to the enemy; 3) in the Lugansk direction ... we just plug holes, lose people and lose faith in victory; 4) we must expect in the near future the transition of the enemy to the offensive on the Tsaritsyno front ...; 5) it is necessary to wrest the initiative of actions from the adversary and strike him a blow ”(report from April 4 on April 1919). Further in the report, P. N. Wrangel developed a plan for the offensive from Torgovaya to Tsaritsyn: “Time does not endure, it is necessary to warn the enemy and wrest the initiative that is so often released from our hands”.

There was no response to the report. The headquarters (first of all, I.P. Romanovsky) did not tolerate other people's instructions and did not allow criticism and practical advice - the person involved in our article wrote.

Predictions of P. N. Wrangel came true: on the 12 of April the enemy crossed the river. Manych stepped on Torgovaya. It was necessary to save the situation, and P.N. Wrangel was offered to command the Manych front.

The available troops were not enough, and the general asked them to be strengthened - indicating where to get them. I.P. Romanovsky refused. Then P.N. Wrangel refused the appointment. The enemy continued to advance successfully, threatening Bataysk already.

The strength of P.N. Wrangel as a combat commander was that, having a sharp military mind, he very quickly (instantly), easily and accurately understood the most difficult, unexpectedly developing situation - not only with regard to his combat area, but also to the entire front . Possessed operational insight (in particular, having foreseen the aforementioned offensive by the Reds) and, depending on the combat situation, immediately and accurately determined the direction of the necessary counter-strike against the enemy to counter the latter's offensive. Being personally a very brave man (remember the battery taken in an equestrian attack), he never lost his cool in battle. The appearance of P.N. Wrangel during the battle in the ranks of the troops immediately greatly enhanced the morale of the soldiers and Cossacks, and the confidence in their actions provided an opportunity to entrain all the attackers - who “blindly believed him and went to fire and water by his order” .

And A.I. Denikin, taking into account the recommendations of P.N. Wrangel, gathered a fist in the 5,5 divisions, appointing a general to command him, ordering: 1) to go on the offensive on the river Manych and Sal, 2) capture Art. The Grand Duchess (railroad. Tsaritsyn - Torgovaya) and 3) conduct an attack on Tsaritsyn, having captured the city. 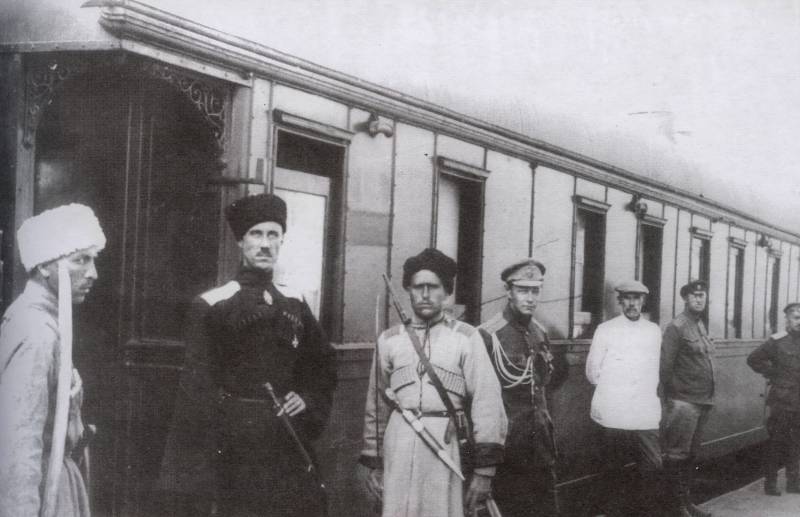 The commander of the Caucasus Army, Lieutenant General Baron P.N. Wrangel at the headquarters car. May 1919
P.N. Wrangel personally chose the places of crossing and took up the training of the troops selected by him. Each fighter knew what he had to do, crossing the river. Many wooden shields were prepared (from dismantled fences that enclosed the yard from the yard in farms and villages). The crossing on the shields was successfully tested. On the 2 of May, under cover of strong artillery fire, at night they placed shields on the bottom of the river (in several rows, one on top of the other) in those places where the forcing was planned - and the crossing of the cavalry began. The shields fell to the bottom - and stood. On the groats of their horses, cavalrymen transported the plastuns - and the bridgehead was captured. They successfully transported machine-gun carts, and then launched artillery. Although the shields were under water, the artillery also went well. 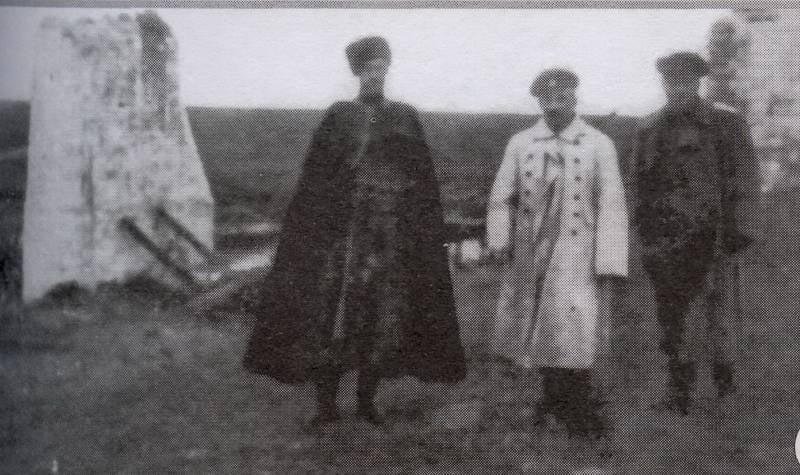 General P.N. Wrangel, Quartermaster General of the Caucasian Army Headquarters Colonel P. A. Kusonsky, Head of the Operations Division Colonel A. A. von Lampe at the Blown Bridge over the River Sal
Under enemy fire P.N. Wrangel personally led the offensive. The Reds offered stubborn resistance - and fierce battles lasted three days. Finally, the enemy began to retreat. On May 6, Art. Grand Duchess and captured by 15 thousand prisoners, 55 guns and 150 machine guns. A.I. Denikin, observing the attack of the Wrangel cavalry from the observation post of the 6 division, warmly thanked the winner, noting that during the entire Civil War he did not see such a strong fire of Bolshevik artillery. 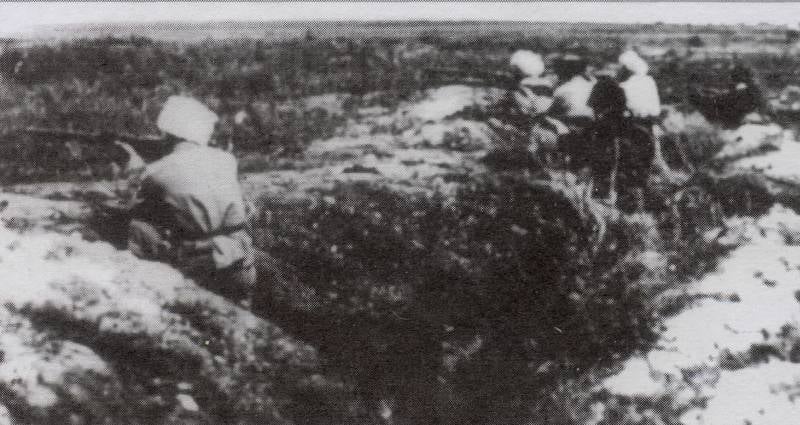 Plastuns of the Caucasian army are fighting near Tsaritsyn
Under the command of the baron, a successful operation was carried out to capture Tsaritsyn (the city was liberated 17 (30). 06. 1919).

The parade of troops in Tsaritsyno. Before the front, the commander of the Caucasian Army, Lieutenant General P.N. Wrangel. On horseback - Major General P.P. Mamonov, head of the 3th Kuban Cossack Division. 20 June 1919
The battles for the city of 1 — 2 of June showed that it was very strong, protected by strong artillery (including heavy long-range) and armored trains. The Reds, attaching great importance to Tsaritsyn, strengthened their troops, and on the 4 went on the offensive - as a result of which the White sieged back.

Despite the lack of manpower and equipment, having regrouped the troops, actively using cavalry and military equipment, and personally drawing his troops forward, P.N. Wrangel took possession of the Red Verdun.

P.N. Wrangel and the ranks of the headquarters of the Caucasian Army take the parade

Among the volunteers P.N. Wrangel was one of the few cavalry generals of pre-revolutionary production who had experience in commanding large cavalry units.

The generals P.N. It was justified as follows: since there were no reserves, and the front was excessively stretched, it was necessary to temporarily gain a foothold in the Tsaritsyn - Yekaterinoslav section, providing the flanks with large river barriers, and in the Kharkov region concentrate a powerful cavalry fist with force in the 3 - 4 corps - and act according to the shortest directions to Moscow, striking at the rear of the red armies.

But the Headquarters failed to appreciate both the significance and strength of the large cavalry mass. Since the reports were contrary to the decisions of the High Command of the All-Union Federal League of Justice, they only caused discontent between the Stavka and alienation between the generals. A. I. Denikin, taking reports, noted that the cavalry generals probably only want to be the first to get to Moscow.

The implementation of the project could bring a significant change in the operational-strategic situation. But the project was not supported by the "infantry generals" who held senior positions in the All-Union Socialist League. But it turned out to be realized by the Reds - whose mounted armies became the locomotive pushing forward the combined arms armies, and, as a result, the key to the victory over the Armed Forces of the South of Russia. 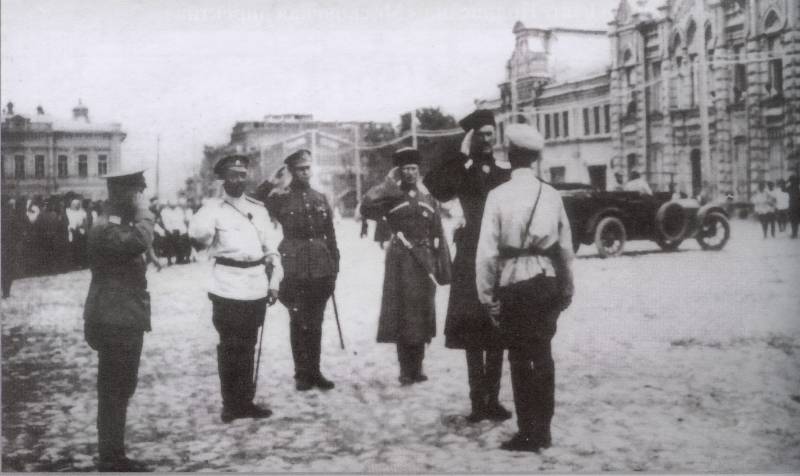 The fall and rise of P.N. Wrangel

The untimely and unsupported “Moscow Directive” by A. I. Denikin, the Baron considered the beginning of the end of the White movement of the South of Russia.

The failure of the “Campaign to Moscow”, problems with the Cossack regions, and disorder of the rear — a circle of questions regarding which there were disagreements between P. N. Wrangel and Stavka — grew rapidly. The general embarked on an opposition path to the High Command.

Author:
Oleinikov A., professor of the Mogilev branch of the BIP (Belarusian Institute of Law)
Articles from this series:
Legendary baron