Why Russia forgave Africa 20 billions of dollars of debt

October 30 2019
223
Russian President Vladimir Putin recently announced the cancellation of more than 20 billion dollars of debt to countries in the African continent. And this is far from all the debts of foreign states that have been written off over the past decades. 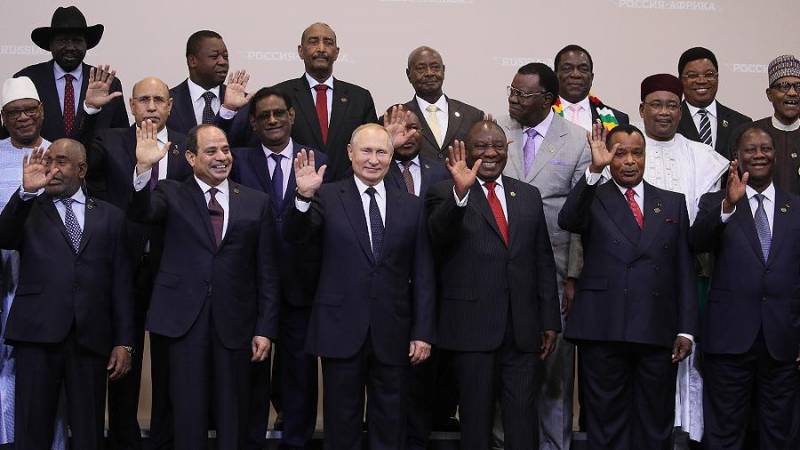 What debts and to whom

To begin with, debts are written off, which at one time the countries of Africa and, to a lesser extent, Asia and Latin America took from the Soviet Union. During the Cold War, Moscow generously supplied money to friendly regimes around the world, as a rule, demanding only political loyalty in return.

The main recipients of Soviet financial and military assistance were those third world states that expressed their readiness to follow the socialist course and provided the USSR with their territories for the deployment of military bases, supported the Soviet Union at the United Nations, that is, they were the military-political allies of Moscow.

However, the Soviet Union collapsed, and almost the entire socialist camp collapsed with it. Most of the debtors, of course, were not only not going to return any money, but could not - not before that of most African countries, which themselves are in a deplorable economic situation. In addition, Moscow did not have real leverage over African countries to repay debts, and the very existence of debt obligations made it possible to have a certain influence on the policies of third world countries even after the Soviet Union collapsed.

Moscow began to write off debts back in the 1990 years, but the vast majority of debts written off accounted for the years of the presidency of Vladimir Putin and Dmitry Medvedev, that is - for the past two decades. It was at this time that Russia intensified its activity in the international arena, again restoring lost ties with Asian and African countries. And from 2000 of the year, according to Russian Foreign Minister Sergey Lavrov, 140 billion dollars of debts were written off.

In the first place on the written off debts - Cuba. Our country has forgiven Liberty Island for more than 30 billion dollars. At one time, Cuba received tremendous help from the USSR, because in the conditions of the US-organized economic blockade, the island simply could not exist independently. Thanks to Soviet funding, modern infrastructure was built in Cuba and the Cuban army was armed.

In the 1990-s, they talked a lot about the colossal debts of Cuba to our country, as well as that there was nothing to pay Havana for debts. As a result, Russia began to write off debts, since, on the one hand, there was no hope of their return, and on the other hand, Cuba is one of the few Russian-friendly states in Latin America and this is very important, including with the military strategic point of view.

In second place in the amount of debts written off - Iraq. This country, by the way, was never exactly socialist, and the assessments of the regime of Saddam Hussein are very controversial. But the Soviet Union regularly funded the government of the Arab National Socialist Party Baath, investing huge sums in the economy and armed forces of Iraq.

Baghdad owed Moscow 21,5 billion dollars. Then the USSR collapsed, and then the regime of Saddam Hussein collapsed in Iraq. The situation in this country was destabilized, as a result of the war, the economy was undermined. However, unlike Cuba, Iraq has oil. A lot of oil.

The third place - over 20 billion dollars - is shared among various countries of the African continent. Only between 2000 and 2013. Russia wrote off debts of Ethiopia - 5,9bn dollars, Algeria - 4,7 billion dollars, Libya - 4,5 billion dollars. And these are just three African states that maintained close ties with Moscow during the Cold War.

By the way, the United States also invested quite a lot in its African, Asian, and especially Hispanic allies. Such is the fate of a great power. Like Moscow, Washington likewise contained dozens of underdeveloped states around the world, hoping that they would support it in confronting the "communist threat." True, if Americans invested in the construction of civilian facilities, it was much less than the USSR.

The list is quite impressive, especially since everything is clear with Nicaragua or Laos, but Vietnam has one of the most prosperous and dynamically developing economies in the Asia-Pacific region. Algeria and Libya, like Iraq, are oil-producing states with huge reserves of “black gold”.

But Libya, like Iraq, is in a deplorable state after the war - its economy is almost destroyed, and the country's political system is decentralized and chaotic. It is not even clear from which Libyan "government" it would be necessary to demand a return of debts, given that there are several political forces in the country that claim to be the official authorities. 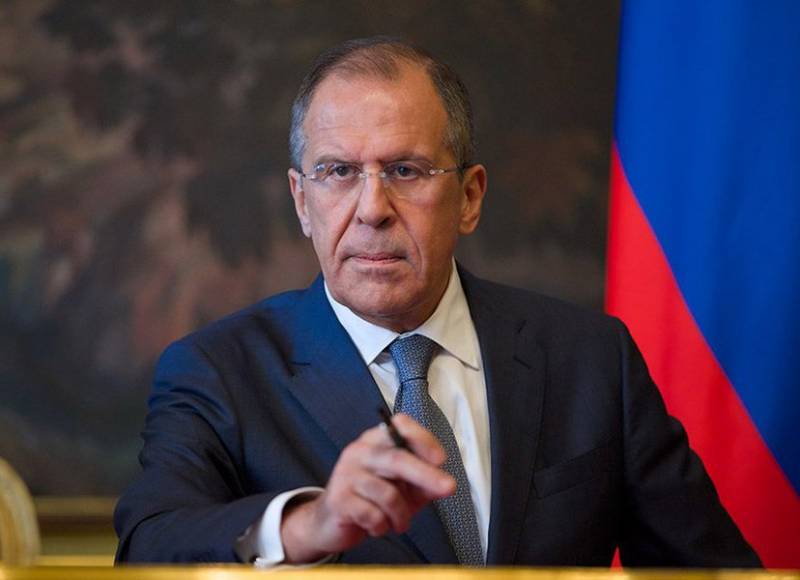 Recently, Russian Foreign Minister Sergei Lavrov has acted as the “advocate” of debt cancellation policies. He emphasized that at 90% the debts written off were bad. He also expressed doubt that modern Russia, its economy, would be greatly helped by the returned money.

I don’t think that the amounts you are talking about that are inherited from the Soviet Union would solve some internal problems and would help to substantially solve them,
- said Lavrov, speaking at the youth educational forum "Territory of meanings."

According to the Minister of Foreign Affairs, debts were collected by third world countries in the situation when the USSR was not part of the global monetary and financial system. And this fact, according to Lavrov, significantly complicates the calculation of debts. After all, officially the dollar exchange rate was 63 pennies. Now we are talking about completely different amounts.

As Lavrov noted, it is very difficult legally to prove at what rate the debts of the Soviet Union were provided to African countries. Therefore, it is not possible to return them, especially considering that the total amount is divided into debts of specific states, and each state would begin to defend its point of view in a judicial proceeding.

By the way, if we compare the amount of 20 billion dollars with Russian GDP, then it does not look so significant. Thus, existing debts to Russia are estimated at approximately 40 billion dollars, but this figure is only 1 / 40 of Russia's GDP. Our country earns such money a little more than a week. And if in her interests, political and economic, such an amount of debts collected not today, but half a century ago, is forgiven, then why can not this be done? 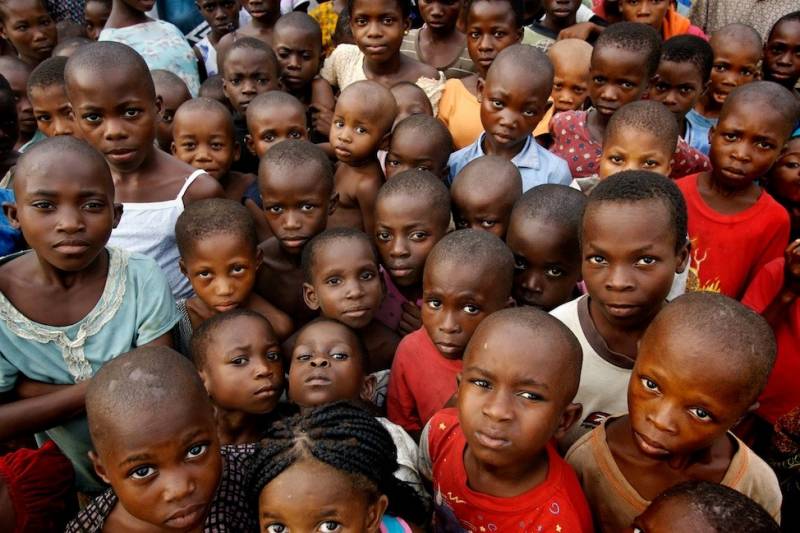 The policy of debt forgiveness is explained, first of all, by the foreign policy interests of Russia. In exchange for forgiven debts, Moscow receives certain preferences in the markets of the African continent. Indeed, today African countries are the third after China and India to buy Russian weapons and military equipment. And Russia does not want to complicate relations with profitable partners.

In addition, a number of African countries have their own interests and the largest Russian companies. For example, the Russian Rusal operates in Guinea, since up to two thirds of the world's bauxite reserves are concentrated in this African country. Russia is also interested in the natural resources of the Central African Republic and a number of other African states.

A separate issue is military-political cooperation: it is possible that in the foreseeable future Russian military facilities may appear in Africa, for example, material and technical support points for the Russian Navy. In the changing world political situation, the possibility of a military presence in Africa is also of great interest to our country. And for this opportunity, according to the Kremlin, one can pay.

Now Africa is one of the most promising regions of the planet for investing funds. Therefore, good relations with African countries are important for Russia, and the president pays so much attention to meetings with African leaders. It is not in vain that not only the former European metropolises, but also Chinese, Japanese, Indian, and South Korean companies work so densely in Africa. And our country, if it wants to develop, to ensure the utilization of its own production capacities, jobs for its citizens, not to mention political influence, should not miss the moment.

Critics of debt relief to African countries have little idea of ​​how Russia could receive these debts back. Go to Ethiopia war? Arrest furniture at Laos embassy? It was not in vain that Lavrov directly noted that most of the debts were irrecoverable and, most importantly, those of the Soviet Union, which broke up thirty years ago. Now Russia needs to live in the current moment, earn money and gain political weight today, and not the day before yesterday. 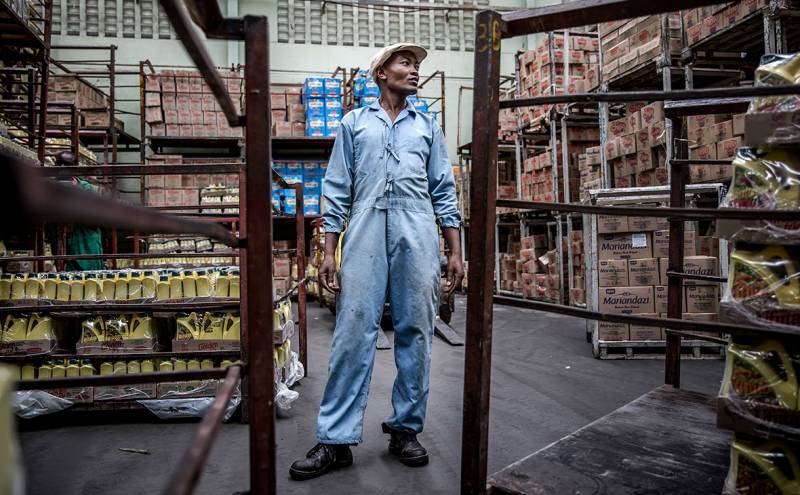 You have to pay for everything, including the status and capabilities of a great power. And the USA, and China, and European countries - they all invest, invest in the development of industry in third world countries. As for the United States, they directly support many of their allies, finance their armed forces - and not only in Central America or Africa, but also in the Middle East (the same Syrian Kurds until recently), in Eastern Europe (Ukraine, the Baltic States, Poland, Kosovo), in Central Asia (Afghanistan).

By the way, the USA or China, like Russia, has its own unsolved problems of a socio-economic nature. But this does not mean that we must put an end to foreign policy and investment, to the assertion of our influence in other countries of the world.

The reluctance to invest in foreign policy, albeit by writing off debts, in the future could lead to much more serious consequences for the Russian economy than the loss of these hypothetical twenty billion.