October 31 2019
17
The basic principles and norms of the legal status of prisoners of war during the First World War or Great War were established back in the era of the French Revolution by decree of 4 on May 1792 and the provisions of the Convention of 25 on May 1793. These legislative acts were based on the principles of the Declaration of Human Rights and Citizens, Having formulated the main provisions on the status of prisoners of war, subsequently adopted by all international conventions and domestic acts. 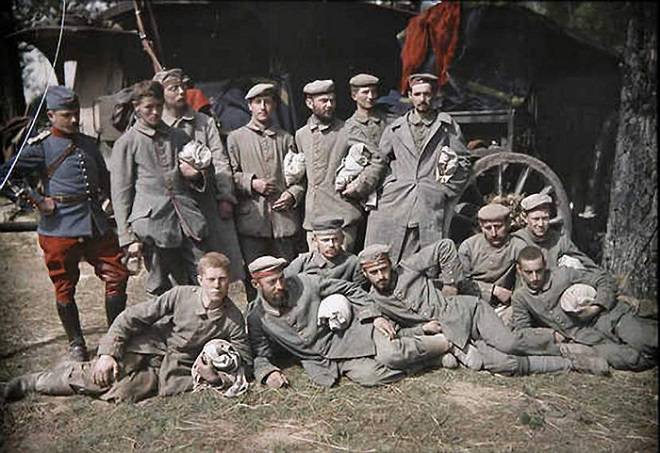 Status and its basics

Prisoners of war were declared to be under the auspices of the law. Any violence against them was prohibited under the threat of state sanctions; they enjoyed, along with civilians, ordinary judicial protection. The food allowance of the prisoners was to correspond to the allowance of the French troops and paid from public funds. Prisoners of war should have been given medical assistance, they could not be forced to serve in the troops of the French Republic. 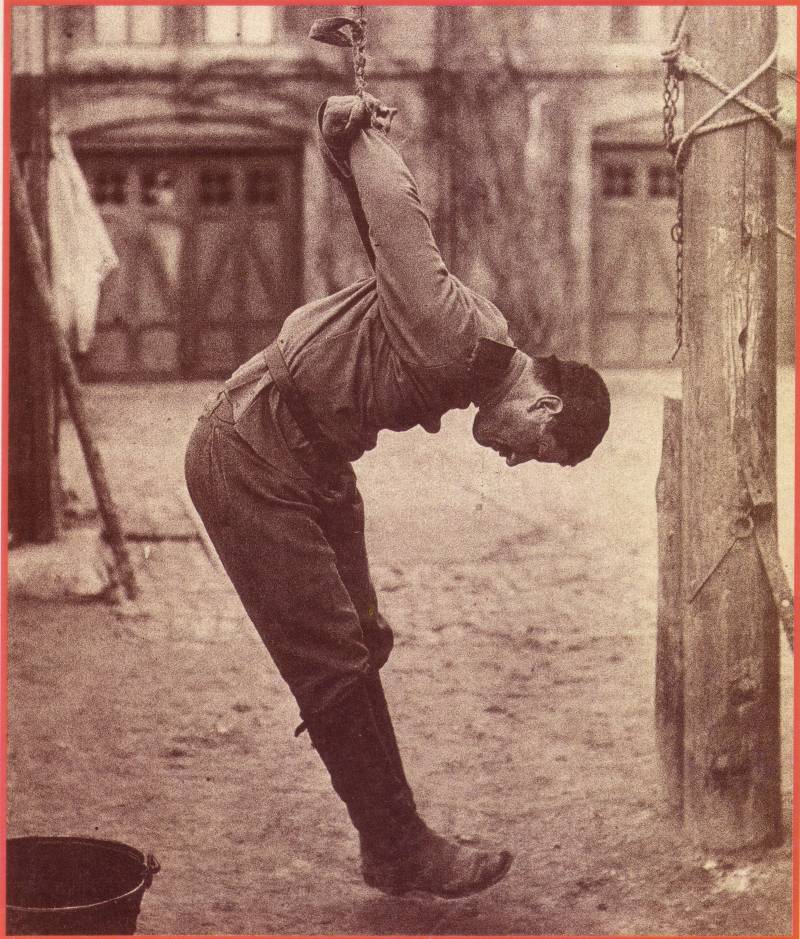 The Hague Convention of 1907, ratified by all the great powers, was at the time of the outbreak of the war the most "recent" international normative legal act on prisoners of war, which was mandatory for all warring states.

The rules on the status of prisoners of war are grouped in the Regulation on the Laws and Customs of the Land War (1 Division, Art. 1-20). Accordingly, militiamen, fighters of volunteer units who accompanied the troops of the person (correspondents, marketers, suppliers, if there were appropriate certificates) were equated with combatants (that is, soldiers of an enemy state). In the case of captivity, the latter enjoyed the rights of prisoners of war (Articles 1, 3, 13). Article 4 of the Convention stipulated that “... prisoners of war are in the hands of the government, and not of the individuals who captured them ... They must be treated with humanity. Everything that belongs to them personally, with the exception of horses, weapons and war papers, remains their property. ” A prisoner of war should answer only questions regarding his rank and name. 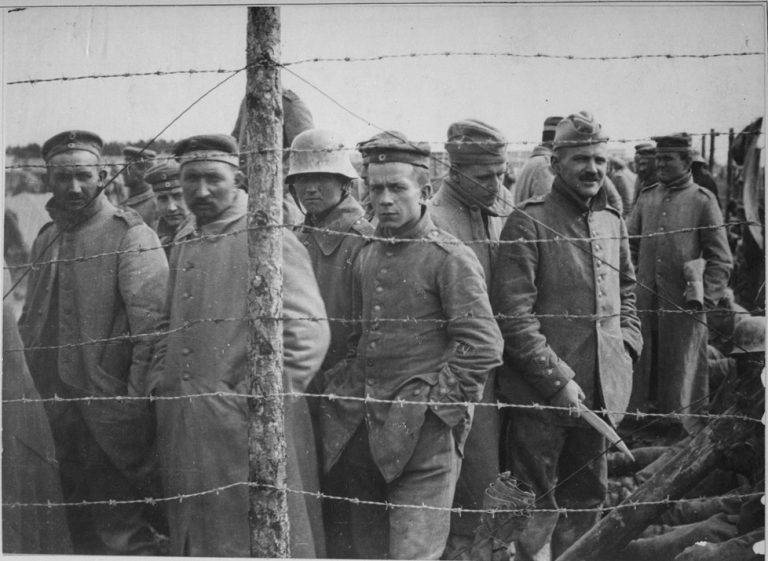 Prisoners could be involved in work with their rank and abilities, with the exception of officers, and this work should not be particularly burdensome, nor should it have anything to do with military operations. It was paid on the basis of local prices (Art. 6). Moreover, the earnings should have been used for the needs of the prisoner, and his balance should be returned to his hands upon release, minus the cost of maintenance. Prisoners of war officers were entitled to a salary in accordance with their rank.

The prisoners were entrusted with the government in whose power they were. The prisoners (unless otherwise provided by a separate interstate agreement) used food, premises and clothing similar to the troops of the government that had captured them (Art. 7). They obeyed the normative acts in force in the enemy army (Art. 8). Those who escaped from captivity and were detained before they left the territory occupied by the army that captured them were subject to disciplinary action. At the same time, a prisoner who fled successfully and subsequently was again captured, should not have been prosecuted for his previous deed (Art. 8). At the same time, prisoners of war could be released on parole, with the guarantee of personal honesty, in good faith, to fulfill their obligations undertaken (for example, to no longer serve in their army - this could primarily concern officers and generals). In the event of a second capture from the ranks of the army, such a prisoner of war could be brought to justice (Articles 8, 10, 12). 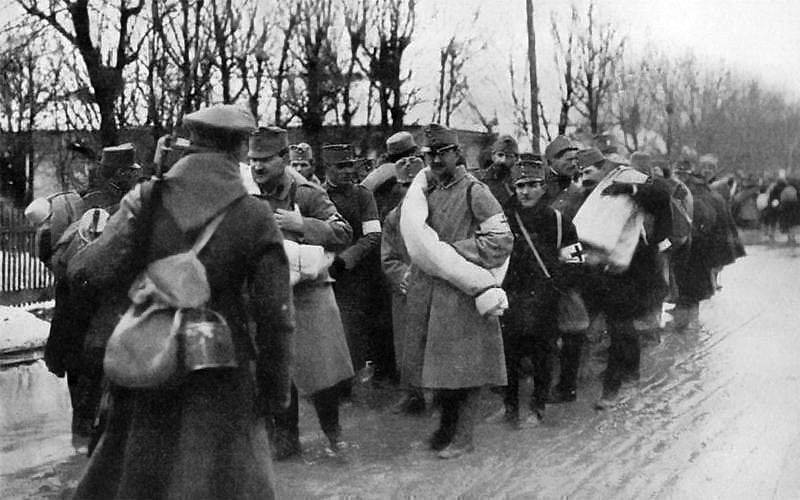 Prisoners of war were granted freedom of religious rites and the right to attend church services. The spiritual wills of prisoners of war were accepted for storage under the same conditions as the wills of military personnel of the captured army. Similar rules should have been respected with regard to death certificates and burials, and the rank and title of the deceased should be taken into account (Art. 18-19). It was assumed that upon the conclusion of peace, prisoners would be sent back to their homeland as soon as possible (Art. 20).

The decision of the Hague Conference provided for the establishment in each of the belligerent states and in neutral countries of information centers for prisoners of war, which were supposed to respond to requests regarding prisoners of war. The bureau had to get a special card for each captured soldier and officer with the registration number (issued in the camp), name and surname, age, place of birth, rank, day and place of capture, place of detention, information about injuries, death, other information (e.g. admission to the hospital). Information for these cards should have been provided by the relevant institutions of the host country. 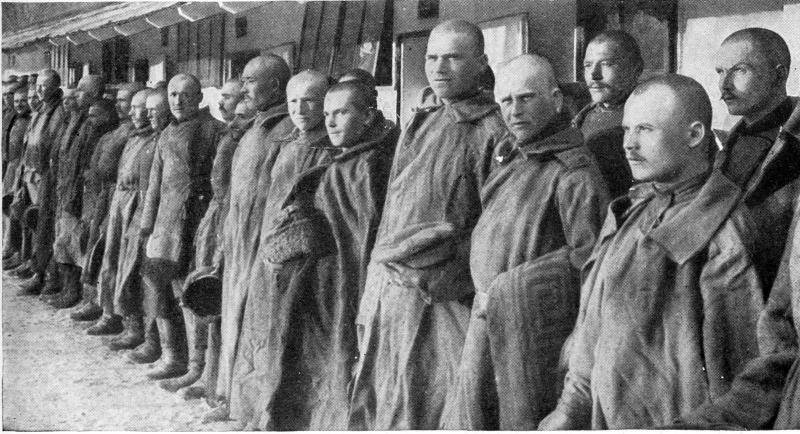 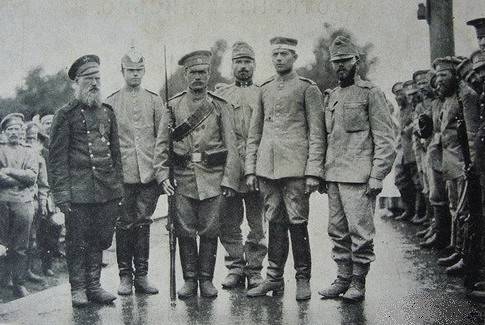 The 1906 Geneva Convention, ratified by Russia, Germany, Austria-Hungary, the USA, France, Great Britain, Serbia, Turkey, Romania, was called upon to improve the situation of the wounded and sick. Articles 1-5 of the Convention established that the wounded and sick enjoyed the protection and care of the belligerent in whose power they were, and in the event of capture by the enemy were considered prisoners of war. At the discretion of the seizing party, some benefits could be provided to the wounded and sick (transfer to a neutral state, sending home). 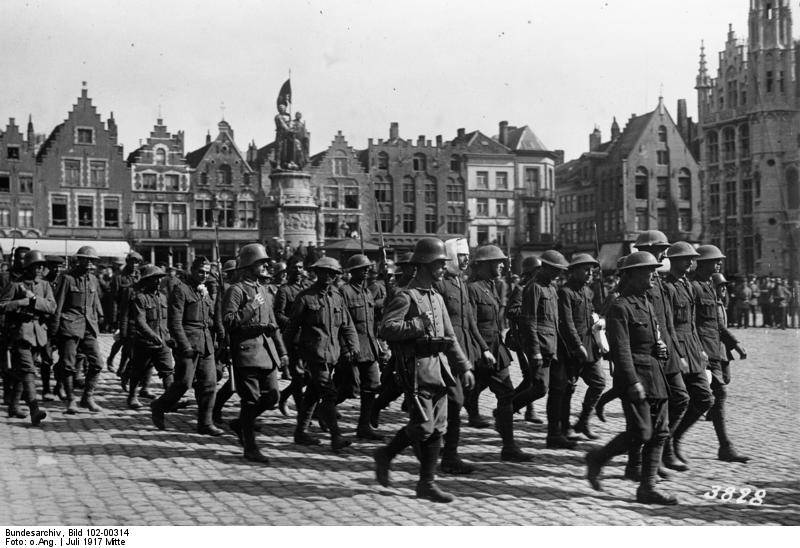 9-13 articles determined the position of orderlies. The personnel of the sanitary units should have consisted of persons intended exclusively for picking up, transporting, treating the wounded and sick, as well as persons belonging to the administration of sanitary institutions, the clergy, which is part of the army. This staff was equated to the staff of private assistance societies recognized and authorized by their government. In the event of contact with the enemy, they were not considered prisoners of war and should continue to fulfill their duties. The enemy was to provide the abovementioned persons with the same allowance and salary as the personnel of the corresponding institutions of their own army. Moreover, the sanitary facilities that got to the enemy retained their material part (Article 14). 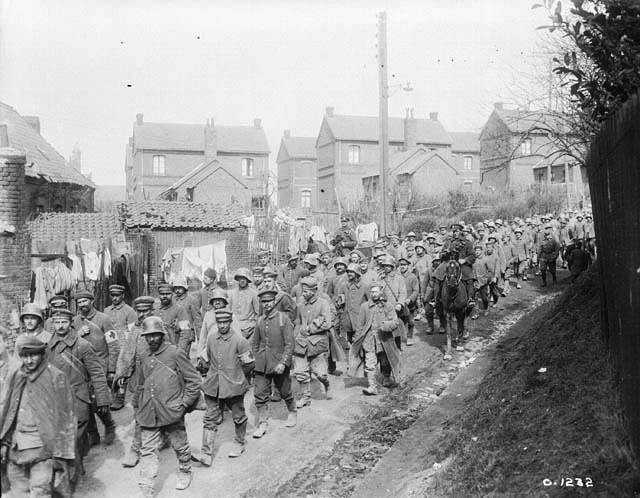 Thus, by the beginning of the First World War, the theory of military captivity was worked out quite deeply and competently, the norms were progressive and democratic, and generally reduced to the following: a) as a military captivity was considered a restriction of the freedom of legitimate combatants of an enemy side who were in the power of a belligerent state (goal captivity - to prevent the participation of prisoners in hostilities, and after the conclusion of peace, the state of military captivity ceased; that is, captivity was considered not as a punishment, but as a forced state of a gifted person of a hostile power), b) prisoners of war recognized the dignity of an unarmed warrior who performed his duty to the Motherland, c) prisoners of war had the right to communicate with their Motherland, to unhindered use of various types of assistance from societies duly established in accordance with the legislation of their country .

This concept was based on the principles of European justice and the experience of previous wars. It was duplicated in the internal acts of European states (for example, for Russia this is the Regulation on Prisoners of War in the Assembly of Legalizations of 1914). In general terms, the actual situation of prisoners of war during the wars of the beginning of the 20 century (Russo-Japanese and Balkan) was consistent with the conventional. About the realities in relation to prisoners of war of the First World War, as well as about the legal transformation of the institution of military captivity in its course - in our next articles.