Polish government in exile. Emigrants are friends of the invaders

On 25 on October 1939, the German authorities announced the creation of the military police "Governor General for the Occupation of Polish Territory" ("Generalgouvernements für die besetzen pollnischen Gebiete"). Its territory amounted to only about 35 percent of the one that was occupied by the Nazis in September - early October of the 1939 of the year: the rest of the areas they occupied were simply included in the Third Reich. 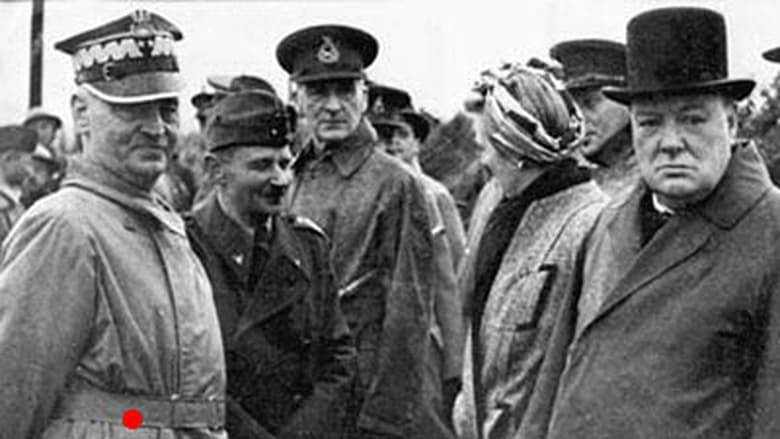 The Polish emigration for many years had an authoritative patron. In the photo: Churchill and General Sikorsky

Several Polish presidents and governments in exile for many years consistently settled in France and the UK. However, instead of the active struggle against the Nazis, which supporters expected from them, they mainly continued their obsessive policy of not recognizing the new Soviet-Polish borders. And this continued even after the end of World War II until the self-dissolution of all these “rulers” at the end of 1990.

At the same time, the new post-war western borders of Poland, as well as the inclusion of Gdansk (the former free Danzig), together with the neighboring regions of the former East Prussia, did not provoke any protest from these figures. But what happened before that? Polish "authorities" abroad have repeatedly tried to negotiate with the Reich for a joint struggle with the Soviet troops. And even to restore the eastern pre-war borders of Poland ...

The "Eastern Question" for leading emigrant circles finally became secondary only after 1956. It was then that in parallel with the Hungarian crisis and the debunking of the personality cult in the USSR, the first major anti-Soviet protests in a number of Polish cities, including Warsaw, highlighted the struggle for the removal of communists (PUWP) ) from leading posts in the country. 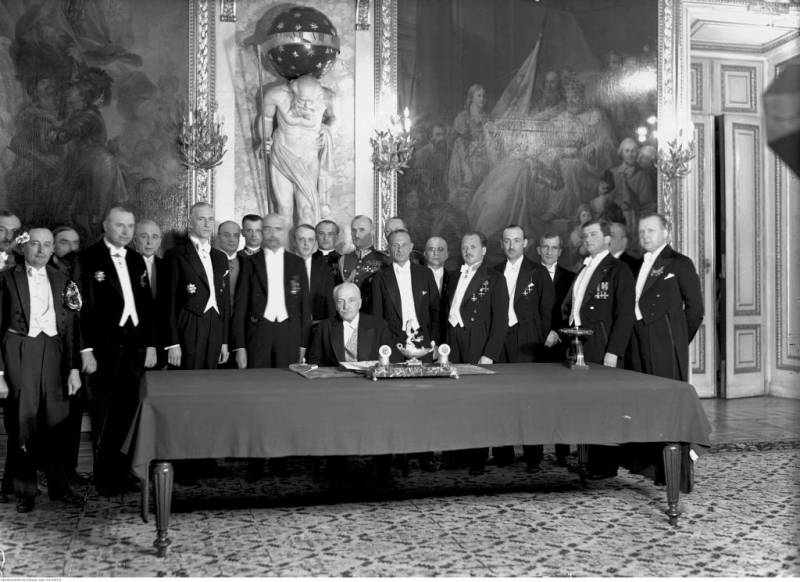 Government of Poland in exile

However, this struggle was limited mainly to all kinds of assistance to the trend itself, and not to some real actions. As the Polish president in exile (1979-1986), the Polish ambassador to London in the 1930's, Edward Raczynski, noted, "the overthrow of Stalin from the pedestal in the 1956 will further weaken and self-liquidate the Communist Party dictatorship in the USSR and Eastern Europe." As time has shown, he was absolutely right.

In October and December 1939, the emigrant governments and presidents of Poland * officially announced that their native country remained at war with the USSR and Germany, that all the pre-war borders of Poland were "unshakable and retain their status." The same, as is known, was declared by the Polish side more than once much earlier - during 1940, in March of 1941.

30 July 1941 in London was signed the Soviet-Polish Treaty of May-Sikorsky on the restoration of diplomatic relations and cooperation in the war with Germany and its allies. It entered into force on 1 on August 1941. 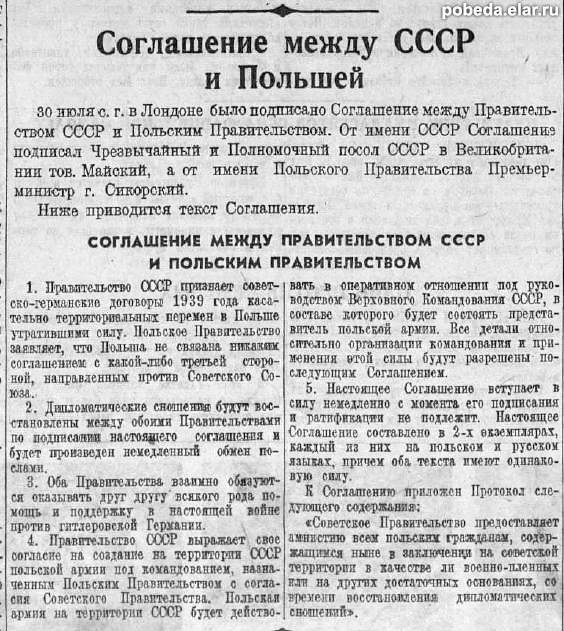 The first paragraph in the document reflected what the position of the Polish emigrant government was based on preserving the legitimacy of the eastern borders of Poland:
"1. The Government of the USSR recognizes the Soviet-German treaties of the 1939 of the year regarding territorial changes in Poland as null and void."

In the 1943 year, Moscow’s relations with the Polish emigrant authorities were, as you know, broken, but they constantly appealed to this clause of the treaty, claiming that Moscow officially recognized Poland within the borders of 1 on September 1939. Since even after the breakup, these relations were not Moscow’s official cancellation of that treaty. Which, we note, would be useful political and legal.

The instruction of the emigrant government developed by 1 on October 1943 for the notorious Craiova Army contained the following provisions:
“The Polish government directs a protest to the United Nations against violation of Polish sovereignty - as a result of the entry of the Soviets into Eastern (ie, on the borders of September 17 1939 - Approx. Aut.) Poland without the consent of the Polish government. At the same time, declaring that the country will not interact with the Soviets. The government at the same time warns that in the event of the arrest of representatives of the underground movement and any repression against Polish citizens, the underground organizations will go over to self-defense. ” 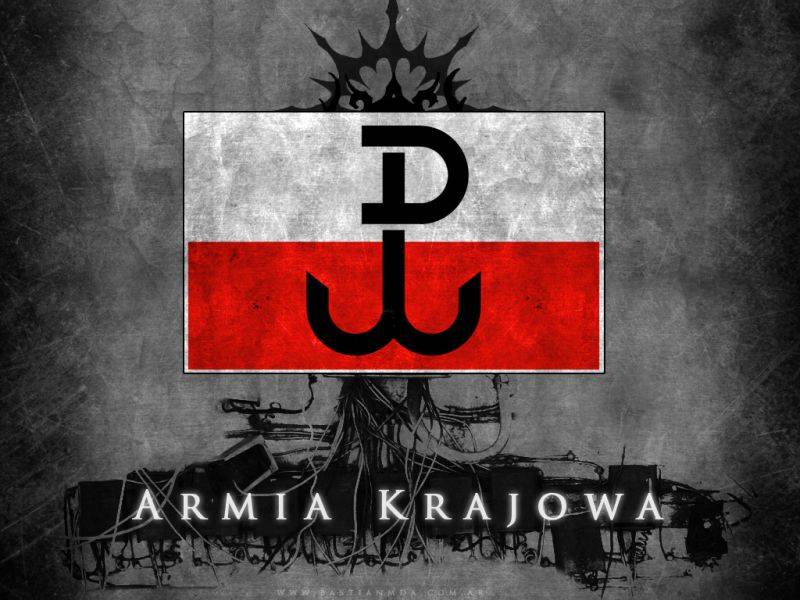 That is, to sabotage and terrorist attacks and against Soviet soldiers that continued by Polish nationalist groups ("Craiova Army"; "NO!") With the help of Western intelligence until 1951, inclusive.

On 15 on February 1944, the Polish government in exile declared its disagreement to establish the future eastern border with the USSR along the “Curzon line” (1919). The statement said that "the issue of the border should be considered in the post-war period, and during the war it is necessary to recognize the demarcation line along the border of Poland with the USSR, Lithuania and Latvia on 17 of September 1939." On 24 on July 1944, the same government sent a similar statement to Great Britain in the form of a Note, but the British authorities refused to accept it.

The reaction of the British authorities to similar emigrant notes of March 1946, August 1948 and March 1953 was the same. However, in the future, the "eastern claims" of the emigrant governments came to naught. The thing is that, in view of the well-known events of 1953 and 1956, in the West, the priorities of the struggle against pro-Soviet Poland and other social countries have changed: a bet has already been made to undermine their socialist foundations from the inside.

Shortly after the announcement of the Tehran Conference of the Allies (November 30 November 1943) about the Curzon line as the natural and only possible Soviet-Polish post-war border, it became known about the contacts of emissaries of the Polish emigrant government (at that time it was headed by Stanislav Mikołajczyk) and the then President of Poland in exile Vladislav Rachkevich with representatives of the German Foreign Ministry in Turkey and Sweden since late December 1943 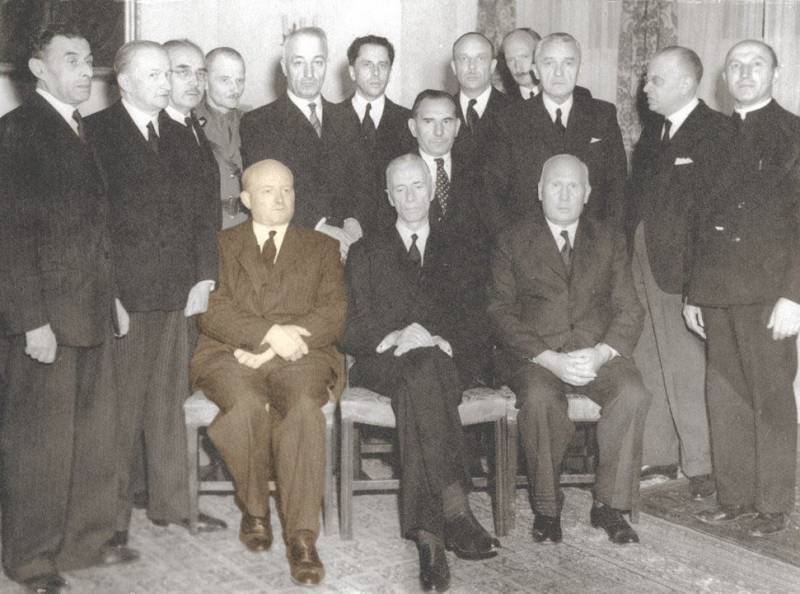 In this photograph of the Polish government in exile in the front row, Prime Minister Mikołajczyk (left) and President Rachkevich (center)

These consultations were probably conducted with the assistance of Washington and London, judging by the behind-the-scenes negotiations of emissaries of the Western Allies and Berlin from the beginning of the 1943 in the Vatican, Switzerland, Spain, Sweden, Portugal, Turkey, and Liechtenstein. The German emissaries were adamant along the Western Polish borders and Danzig, therefore, meetings with Polish "colleagues" ceased by June 1944. 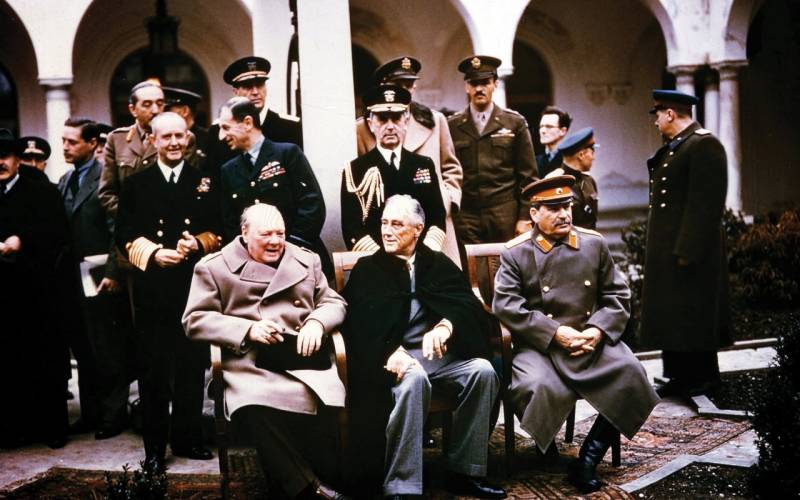 The fate of Poland was decided in 1945 in Yalta

At the same time, the transcendental Polish authorities officially refused to recognize the well-known decision of the Yalta Conference of Allies (February 1945):
“A new position was created in Poland as a result of its complete liberation by the Red Army. This requires the creation of the Provisional Polish Government, which would have a broader base than was possible before, until the recent liberation of western Poland. The Provisional Government now in force in Poland must therefore be reorganized on a broader democratic basis with the inclusion of democratic figures from Poland itself and Poles from abroad. This new Government should then be called the Polish Provisional Government of National Unity. ”

Nevertheless, in July-September of 1945, Great Britain, its dominions, the USA and France ceased to recognize the Polish authorities in exile. The Vatican, Ireland, Spain and Portugal were the last in Europe to recognize these authorities until the end of the 50's. And the most recent “admirer” of the Polish emigrant authorities was the “Republic of China” in Taiwan before their dissolution.

But the West did not discount plans for the restoration of Poland itself. Emigrant "authorities" continued to function in the London Chelsea region 43 "Еaton" until mid-December 1990. They maintained their previous positions on the eastern borders of Poland, aggressively claimed Vilnius and Braslav, but did not dispute its new borders with Germany (i.e. from the GDR), transfer of Gdansk and the south of East Prussia to Poland.

In short, the Soviet "gifts" to Poland, paid for by many tens of thousands of lives of Soviet soldiers, were Jesuit in demand by Polish emigrant authorities, just as Jesuit. In this regard, it is characteristic that those "authorities" declared their self-dissolution almost immediately after the election of Lech Walesa as President of Poland. Then he was transferred to the presidential regalia from Ryszard Kaczorowski, the last Polish president in exile (in 1989-1990-m). 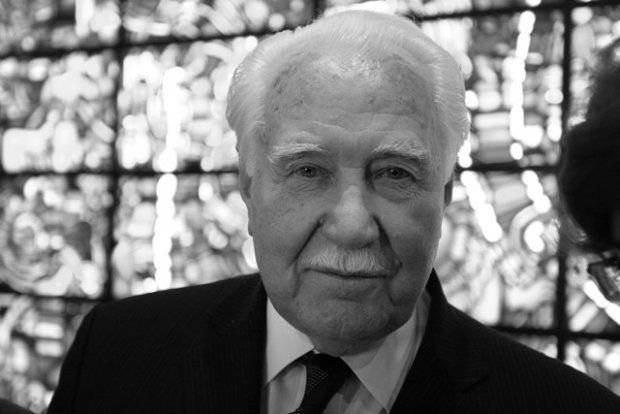 Ryszard Kocharovsky, the last president of Poland in exile

Who knows, maybe after some time the authorities of post-socialist Poland will “remember” the position of their predecessor emigrants about the eastern borders of this country, that is, with Latvia, Lithuania and now with the former USSR? At least, this is logical, given that the main task of those authorities and their Western counterparts has already been completed: the overthrow of socialist Poland. And then you can take up the "remaining" questions? ..