And where are the Germans?

On August 22 of 1939 of the year, just a day before the signing of the notorious Soviet-German non-aggression pact, Romania opened its border with Poland (330 km). The Polish Embassy in Bucharest was then informed by the Romanian Ministry of Foreign Affairs about the "high probability of a German military invasion of Poland, the borders of which with Germany occupy a predominant part of the Polish external borders."


The protest of the German Foreign Ministry against Romania remained unanswered. But after just three weeks, it was this border corridor that actually saved many tens of thousands of Polish military and civilians from death and captivity. 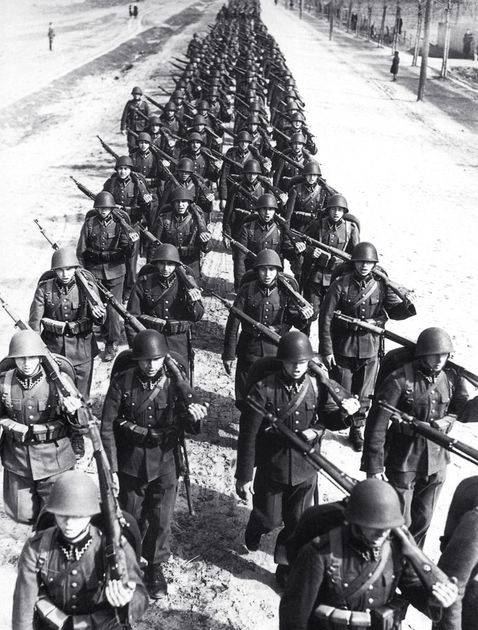 Moreover: not only Romania, but even pro-German Hungary and even Lithuania, which did not recognize the Polish occupation of Vilnius in the 1920, and barely escaped, thanks to the Soviet Union in the 1938-m Polish occupation, provided indirect political and military assistance to Poland during the Nazi invasion. Moreover, Romania and Hungary advised Poland not to neglect Soviet military assistance. But in vain ...

The Polish-Romanian non-aggression pact of 1921, signed in Bucharest, proclaimed, among other things, the inviolability of the eastern borders of Poland and Romania. That is, their borders with the USSR and military mutual assistance during the Soviet aggression against these countries. This despite the fact that Romania since 1918, we recall, occupied Russian Bessarabia, which was not recognized either by Soviet Russia or the USSR.

And on 27 on March 1926 in Warsaw, the Polish-Romanian military convention was signed, which did not have a specific validity period. Among its provisions was Romania’s obligation to put up divisions to help the ally of 19 in the event of a Polish-Soviet war, if Germany would participate in it on the side of the USSR.

If Germany remains neutral, Romania promised to help the Poles of the entire 9 divisions. Poland in response pledged to send a minimum of 10 divisions in the event of a Romanian war with the USSR, Bulgaria or Hungary. It is characteristic that the scenario of the Polish-German war was not considered at all in the treaty.

But fearing that Hungary, allied with Germany, would invade Romania to restore the Hungarian status of Northern Transylvania (which had become Romanian since the 1921 of the year) and in view of the aggravation of the Romanian-Bulgarian contradictions over northern Dobrudja (Romanian with the 1920 of the year), Bucharest refrained from direct military assistance Poland in 1939.

Gheorghe Gafencu, Minister of Foreign Affairs of Romania in February 1939 - June 1940, in an interview with his Polish counterpart Jozef Beck in July 1939 in Bucharest, advised him "not to reject from the threshold the option of allowing Soviet troops to the Polish borders with Germany, Bohemia and pro-German Slovakia. Geographic factors are such that your country is unlikely to be able to repulse the German invasion on its own. " 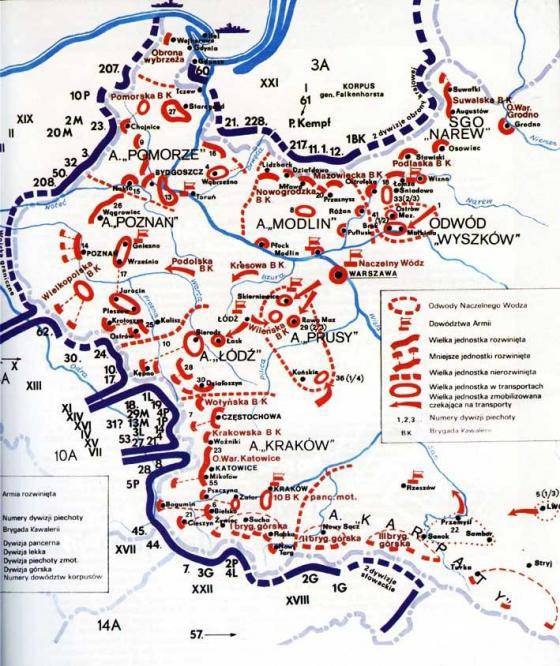 In addition, according to G. Gafenkou, the military geography of Poland is such that even the introduction of Romanian troops into the country will not change the military situation in almost all of Poland. But it can also provoke Soviet aggression in Bessarabia.

Here is such a loyal Bucharest

The Polish side did not listen to the Romanian arguments. But the supplies of Romanian oil and oil products to Germany have been increasing since the spring of 1939. And by the end of August 1939, they amounted to almost 40% of the volume of German consumption of oil and oil products versus 25% in the middle of the 30-s, and the Romanian side did not raise oil prices for Germany since 1938 of the year. These supplies also increased in the future.

Thus, Bucharest demonstrated its loyalty to Berlin on the eve of the German invasion of Poland. And many Romanian media at that time noted that Berlin agreed to “deter” Moscow, Budapest and Sofia from vigorous action against Bucharest against a number of Romanian neighboring regions. If Romania does not provide assistance to Poland in case of its military conflict with Germany. Moreover, all such messages and comments in the press were not officially refuted by the Romanian authorities.

And on 27 on August 1939, the Romanian government assured Berlin in its unannounced diplomatic note that "... it seeks to go hand in hand with Germany on the Russian question." And it will remain "neutral in any conflict between Germany and Poland, even if Great Britain and France intervene in it."

But on August 28, Romania agreed to England and France to transit military materials to Poland, although these deliveries were only 40 percent of the previously agreed volumes and schedule. In addition, they seemed hopelessly late. By mid-September, starting on 31 of August, they had completely ceased due to the occupation of Poland. 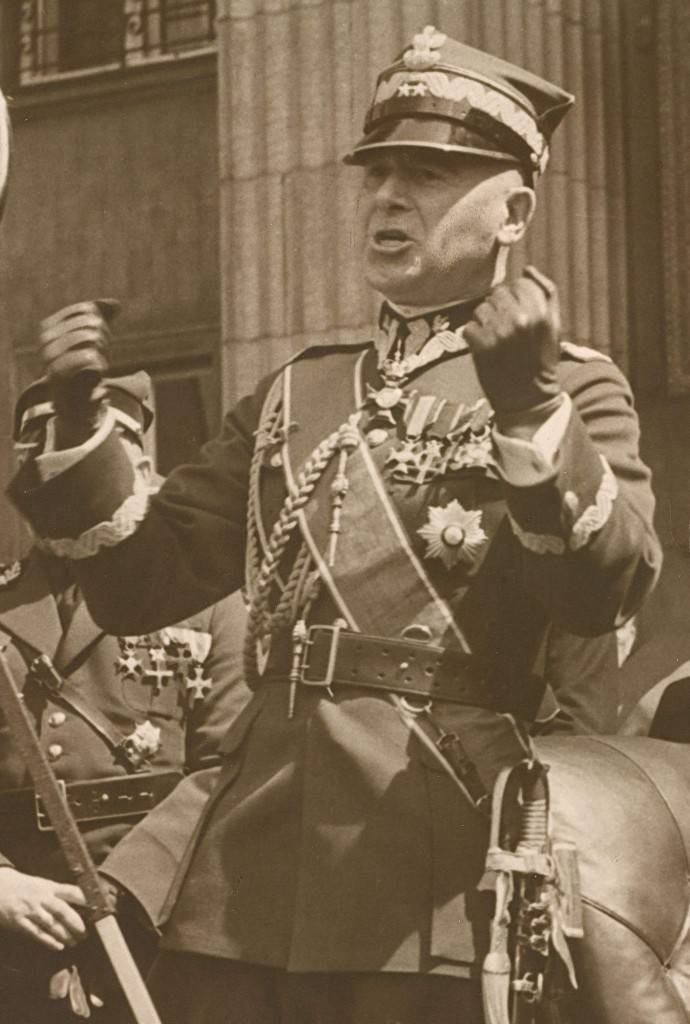 Marshal Rydz-Smigly was not the best heir to Pan Pilsudski

Meanwhile, the Polish commander-in-chief, Marshal E. Rydz-Smigly, announced on September 17 the order “... The Soviets also invaded. I order the withdrawal to Romania and Hungary by the shortest routes. We shall not conduct combat operations with the Soviets, only if they attempt to disarm our units. The task for Warsaw and Modlin (the citadel north of Warsaw. - Ed.), Which should be protected from the Germans, is unchanged. The units to which the Soviets approached should negotiate with them with a view to withdrawing units and garrisons to Romania or Hungary. The units that covered the Romanian platform (the southeastern border of Poland. - Ed.) Should continue the resistance. "

16 -21 September 1939, contrary to German protests, at least 85 thousand Poles, including the government and military officials, crossed the Romanian border. The Polish state gold reserve in 80 tons was also evacuated. Already on September 19, 77 tons were delivered to the Romanian port of Constanta and from there it was transported to Southern France (Angers).

Then, in May 1940, this gold was transported to London. And three tons of the Polish gold reserves remained in Romania for the expenses of maintaining the Poles and their "redirection" to other countries. Moreover, Romania returned these three tons to socialist Poland already in 1948 without any compensation whatsoever. Indirect Romanian assistance to Poland was expressed in the autumn of 1939 in the fact that Romania exchanged Polish zlotys for local lei at a rate very favorable for the Poles.

But already on 21 of September, the then Romanian Prime Minister A. Kelinescu was destroyed by German intelligence ...

As for the position of Lithuania at that time, it was similar to the Romanian one. She declared neutrality on 1 of September, and on August 30, the Lithuanian Ministry of Defense assured Warsaw that Lithuanian troops would not enter the Vilnius region (only about 16 thousand sq. Km), which included, we recall, the Braslavsky border with Lithuania and Latvia, if the Polish troops there redirected to the front with Germany. But Berlin abstained in protest, believing that Lithuania would succumb to the temptation to regain Vilnius. 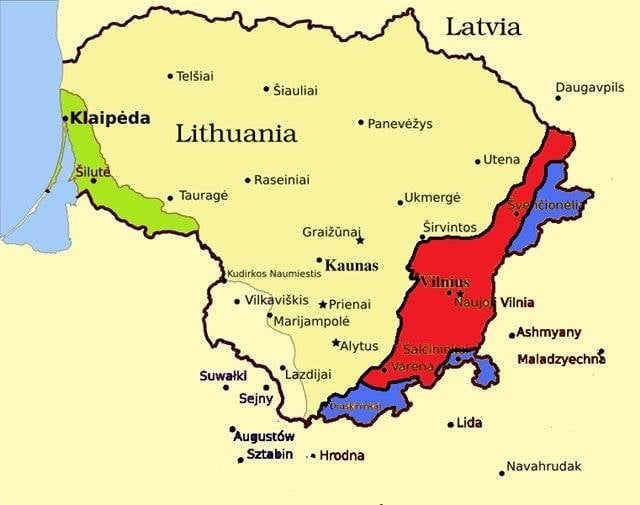 The German Ambassador to Lithuania R. Tsekhlin on September 9 invited General S. Rastikis, Commander of the Lithuanian Army, to send troops to Poland to occupy Vilna. In response, Rastikis said that "... Lithuania has always been interested in the return of Vilna and Vilnius, but, having declared its neutrality, it cannot openly put forward this proposal, fearing a negative reaction from both the Western powers and the USSR."

In the meantime, Polish troops from there were transported to Warsaw and the nearby Modlin Citadel in the first week of September. Which extended the Polish resistance in Warsaw and Moldina until the end of September.

In this connection, the report of the Chargé d'Affaires of the USSR in Lithuania N. Pozdnyakov from September 13 to Moscow: "... German representatives in Lithuania in every way inspire the Lithuanian government with the idea of ​​the need to seize the opportunity and return Mr. Vilna, captured in 1920, Poland. But the Lithuanian authorities have so far refused. "

On the same day, Major I. Korotkikh, USSR military attaché in Kaunas, informed Moscow that "... the ruling circles of Lithuania, including the military, are not tempted to join Vilna, although this could be easily done now. According to the head of 2 "of the General Staff of the Lithuanian Army Colonel Dulksnis, the Lithuanians do not want to get Vilno from the hands of the Germans. Another thing, he said, if the Soviet Union was involved here."

So, in fact, what happened to Vilenshchina in mid-October on the 1939.

Hungarian Rhapsody Not Sounded in Warsaw

As for Hungary, its authorities, although pro-German, were not predisposed to the defeat of Poland and, accordingly, to German domination in Eastern Europe. Having received in 1938-39 years. “out of the hands” of Berlin, the former Czechoslovak Transcarpathia and many areas of the Slovak border with Hungary, in Budapest set out to play their game in the region.

In the spring of the 1939, Hungary received, thanks to Transcarpathia, a border with Poland with a length of 180 km. And the Polish authorities in 1938-39 years more than once offered Budapest mediation in the settlement of the Transylvanian dispute with Romania. 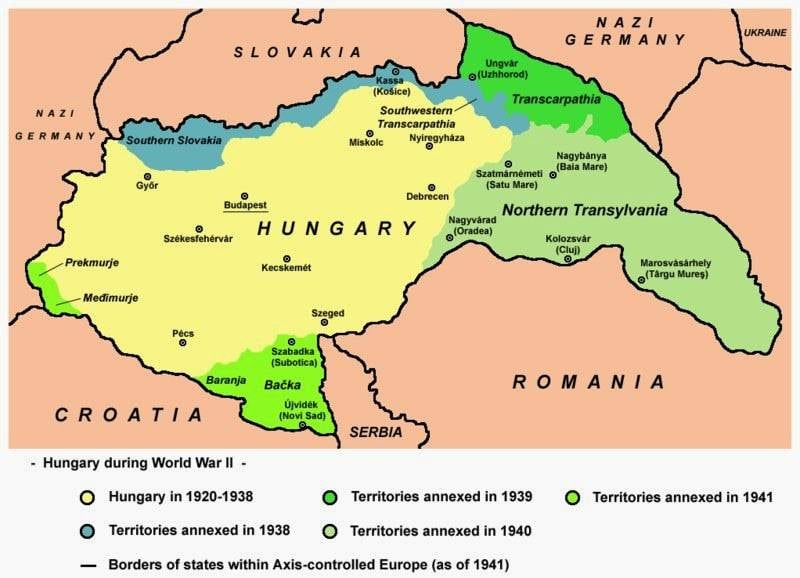 As Matthias Rakosi, who became the head of Hungary in 1947, later noted in his memoirs, “Budapest and Bucharest agreed to such mediation shortly after the German occupation of Czechoslovakia in March 1939. But subsequent events in Eastern Europe led to the fact that there were only two "a round of mediation consultations in Poland. For Berlin was increasingly hindering Hungary's independent foreign policy."

Most clearly and concisely about the problems of Berlin with Budapest it is said in the well-known German Weiss plan, approved by Hitler as early as 11 of April 1939: "... The German side cannot count on Hungary as an unconditional ally."

As for the then Hungarian appraisal of Warsaw’s policies towards Berlin and Moscow, “Poland, with her narcissistic recklessness, signed a sentence much earlier than September 1 of 1939. Geographically, it could not repulse the German invasion without assistance from the USSR, ”said the Hungarian Prime Minister (February 1939 - March 1941) Pal Teleki de Seki. 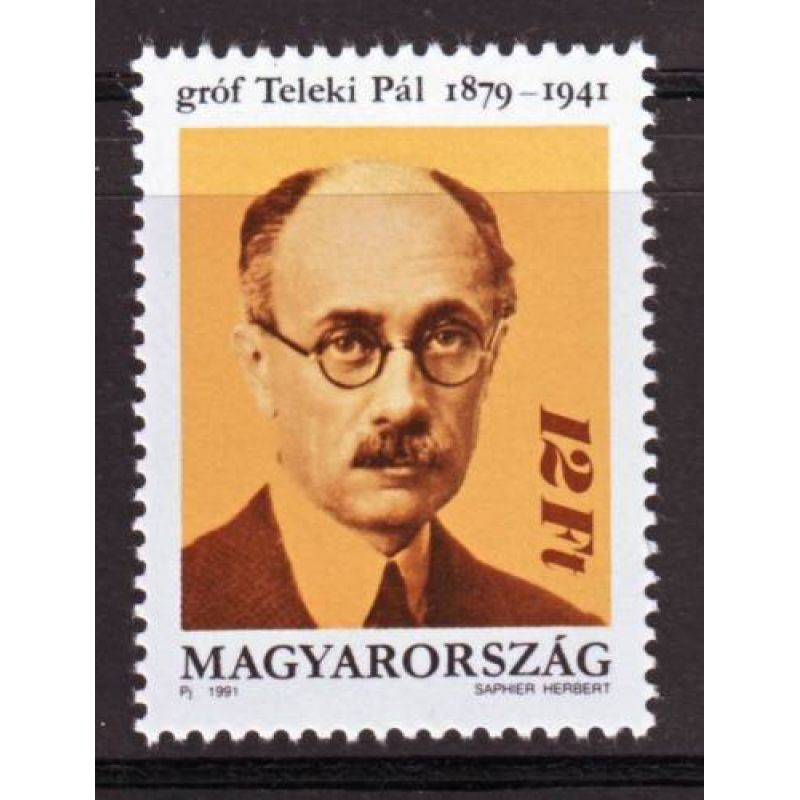 “But Warsaw, according to his caustic remark, preferred suicide, and the USSR could not allow the Wehrmacht to go to large Soviet cities near the Polish-Soviet border. Therefore, the Soviet-German pact was inevitable. He wouldn’t be there if Warsaw took into account the real plans, actions of the Nazis and the neighborhood with the USSR, which was not interested in German aggression near its borders. ”

In keeping with this completely understandable political logic, the Hungarian authorities on 7 of September refused to transit to the border with Poland and Slovakia two (as a whole) Wehrmacht divisions. This fact was taken into account in the aforementioned order of Marshal Rydz-Smigly on 17 of September - "... I order the withdrawal to Romania and Hungary by the shortest routes"

At the same time, just through Hungary, despite all the protests of Berlin, they crossed to Romania and Yugoslavia in mid-September, up to 25 thousand Polish military and civilians. In other words, a truly manic Polish ambition led, perhaps, only to the "evacuation" of Poland in 1939. In the literal and figurative sense ...