October 9 2019
40
Appeared earlier this month in Russian liberal media news about the “mercenaries from the Wagner PMC” allegedly killed in Libya, continues to appear on the pages of some publications, including foreign ones, and each time in a new light. 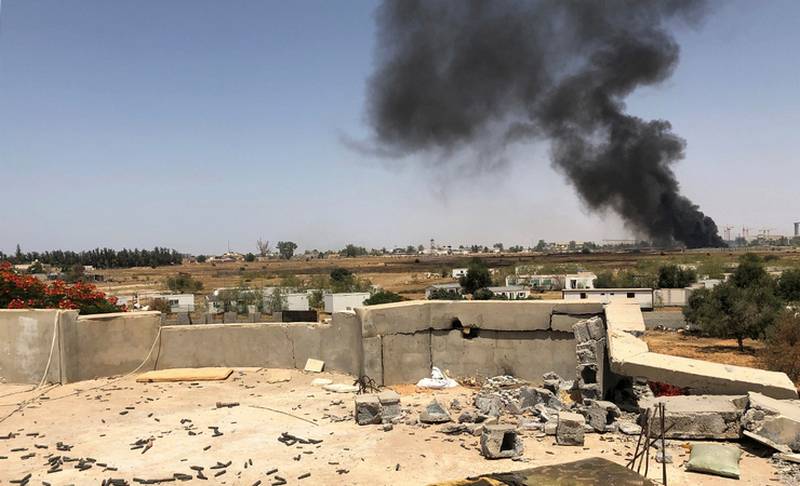 The news of the death in the vicinity of the Libyan capital of Tripoli of supposedly "Russian mercenaries from the Wagner PMC" began to appear on the pages of foreign publications, some of which are far from being yellow newspapers. With a frequency of one to two days, this news appeared on the pages of the Turkish news agency Anadolu, the French newspaper Le Point, the British publication The Times, the Israeli portal News.co.il and some other media.

The news diverges in small details: in the vicinity of Tripoli during an unknown airstrike aviation either 25 or 35 “Russian mercenaries”, members of the Wagner PMC, which is fighting on the side of the Libyan National Army, General Khalifa Haftar, were killed. Moreover, each publication does not forget to remind its readers that PMCs were founded by a person close to the circle of Russian President Vladimir Putin, and the mercenaries are somehow connected with the Kremlin.

In addition, the news said that "hundreds of mercenaries associated with Russian military intelligence who support the rebel commander of the Libyan breakaway eastern part" are fighting in Libya, and Moscow at this time is trying to expand its presence in Africa by participating in bloody battles.

Recall that exactly the same news previously appeared on the Russian Internet resource of a liberal persuasion, Medusa, which, referring to "its own sources of information," announced the mass deaths of Russian mercenaries in Libya, while, as always, not citing any evidence.

The Military Review, which received links to foreign media outlets that also published news of the same content, decided to establish the original source of the message about the death of Russian mercenaries in Libya, since the news repeated by the publications of various countries has already gone beyond Russia and is now frightened by western inhabitants. The first link sent us to the website of the Israeli publication NEWSru.co.il, which in turn referred to the Turkish news agency Anadolu. Going to the page of the Turkish publication, we learned that the Turks took this news from the French newspaper Le Point. By going to the French website, we finally found out that the source of the news is the same Russian Internet resource, Medusa, which did not indicate its sources.
Ctrl Enter

We are in Yandex Zen
Battle of Tripoli
Chronicle of the Libyan War
40 comments
Information
Dear reader, to leave comments on the publication, you must to register.