In Poland, assess the impact of the reforms of the local "Serdyukov"

25 September 2019
31
One of the most odious Polish politicians headed the Ministry of Defense for almost two years. Now, one and a half years after his removal from office, Poland is just beginning to assess the consequences of the reforms of the local Serdyukov - Antoni Matserevich, who was remembered for his ardent anti-Russian rhetoric and the purging of the ranks of the armed forces. Consider the publication of the Polish edition of ONET. 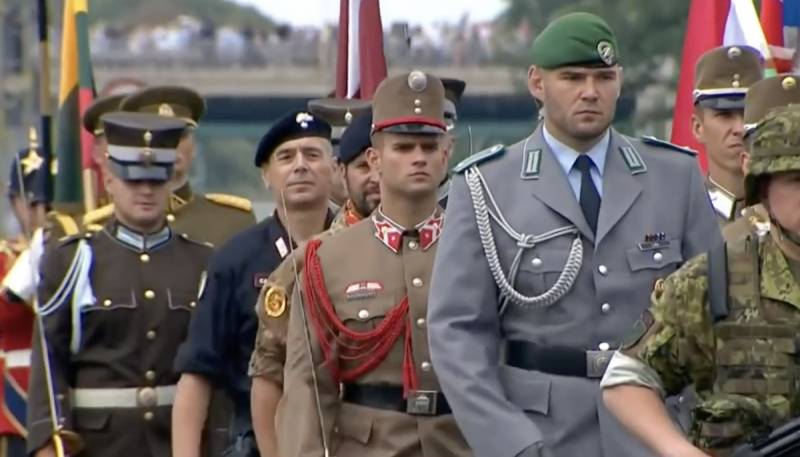 The Polish national-conservative party “Law and Justice” has been in power since the fall of 2015. From the moment of victory in the elections until January 2018, the Ministry of National Defense of Poland was headed by Anthony Matserevich.

One of the most controversial local politicians, who was the Polish Minister of Internal Affairs in the 90's, has sharp anti-Russian and anti-Semitic views. He is known as a conspiracy theorist and conspiracy theorist. In particular, it was Matserevich who launched a re-investigation of the Tu-154 disaster near Smolensk, which killed the president and members of the Polish government.

Anthony Matserevich initiated a reform of the Polish armed forces, the consequences of which, according to ONET Wiadomosci, are felt today. First of all, the new minister carried out a rigorous cleaning of the apparatus of the military department, removing possible competitors or opponents of his plans, often firing subordinates with a simple phone call. 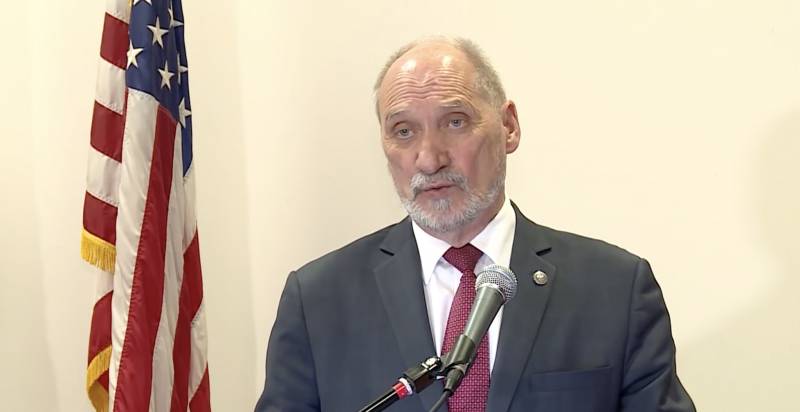 In the days of purges, almost every day a senior officer left his post. In particular, the commander of the GROM special forces Colonel Peter Golukale lost their posts; Radoslav Kuyava, Head of the Military Intelligence Service; General Petr Pytel, Head of the Military Counterintelligence Service; Bohuslav Pachek, commandant of the National Defense Academy. Those who could not be fired were transferred to service in distant garrisons.

In the postwar stories In Poland, the scale of the purge, which was then carried out in the Armed Forces, was unprecedented.
- General Mieczyslaw Gokul, the former chief of the General Staff of the Polish army, commented on the situation.

Matserevich had a fairly broad support among the military. He was especially supported by young officers. The Minister of Defense bought their loyalty, raising salaries by 10% and removing the qualification that required the military to leave the service if they had not achieved significant career success or advanced training courses during 12 years.

The new head of the Ministry of National Defense has created a system of rapid promotion, bypassing previous requirements, such as training or courses, and obstacles to promotion. In addition, as a result of personnel cleaning, hundreds of vacant posts in military units and institutions were suddenly filled. Officers who have not been promoted for years have suddenly felt that they have a chance of promotion.

On the other hand, for this advancement, humility and obedience were required. The minister demanded loyalty and servility from subordinates. The head of the base, who met Matserevich in the office, and not at the gate, was removed from office and transferred with a reduction. But those who caught every word of the minister received serious career advancement. Moreover, Anthony Matserevich organized the only correspondence academy in NATO for commanding personnel. The service in its "walls" was carried out mainly by supporters of Matserevich.

In addition, graduates of special one-year courses, before which had nothing to do with the army, began to occupy positions. Their qualifications turned out to be extremely low: this was revealed during the NATO exercises Anaconda 16 and Dragon 17. The situation reached such a level that the Allies demanded that Poland remove the "weekend generals" (the nicknames of the minister received such a nickname).

Two other projects of Matserevich also turned out to raise questions over time. In particular, the planned modernization of the technical fleet of the Polish army was remembered by the compatriots of the minister mainly with loud statements. In particular, under him, the army never bought “thousands of drones”: Matserevich repeatedly voiced this figure.

Aviation the equipment is in extremely poor condition: the Harpy program is partly to blame for this, as part of which a significant amount of Air Force funds was spent on the purchase of stealth F-35 fighters. In addition, for F-16 fighters, also delivered to the Polish army, there are no spare parts and trained equipment. But the Ministry of Defense purchased several VIP-equipped planes, which were used by members of the government as an "air taxi" - despite the fact that they were listed on the balance of the army.

Another legacy of Anthony Matserevich, the WOT territorial troops, require large cash injections and attention. In essence, these are reservist units with 3000 permanent members. Matserevich called them "special forces" capable of becoming in the way of the "invading Russian army." By the 2021 year, Warsaw is going to receive 17 brigades of fighters who train once a month on weekends, and receive for their efforts 500 zlotys and the opportunity to shoot from a rifle.

In Poland, many assess the capabilities of these units much more soberly.

WOT has no troops equipped with heavy equipment or capable of counteracting the heavy equipment of the enemy. They also have no means of support, such as artillery. This is light infantry, which is doomed to slaughter in the event of a collision with regular Russian troops.
- General Waldemar Skrzhipczak wrote in his book “We are on the verge of war”.

Currently, the new Minister of Defense, Mariusz Blaschak, continues to get rid of the legacy of his predecessor. At the initial stages of this struggle, it came to a laugh: the commander of one of the WOT brigades, having sent an invitation to Matserevich for one of the events, did not take care to invite the current minister.

However, Blaschak turned out to be a stubborn man, quietly and systematically cleaning the ministry from the people of Matserevich. Some of them were fired, and some were jailed on corruption charges. Blaschak does what Matserevich promised - he is modernizing the army. And that is why for Russia its loud but empty predecessor was to some extent more preferable.
Military Reviewin Yandex News
Military Reviewin Yandex Zen
31 comment
Ad