In Ukraine, a “politically correct” reconstruction of one of the events of World War II was carried out - the radicals are again unhappy

23 September 2019
63
In the Poltava region, local authorities decided to reconstruct the events of the Great Patriotic War. We are talking about the Soviet-American operation "Frantic" ("French"). The operation was carried out in 1944, when several airfields in the west of the USSR were provided to American bombers to strike at the Nazis. These are the airfields of the so-called shuttle approach near Poltava, as well as the cities of Piryatin and Mirgorod. 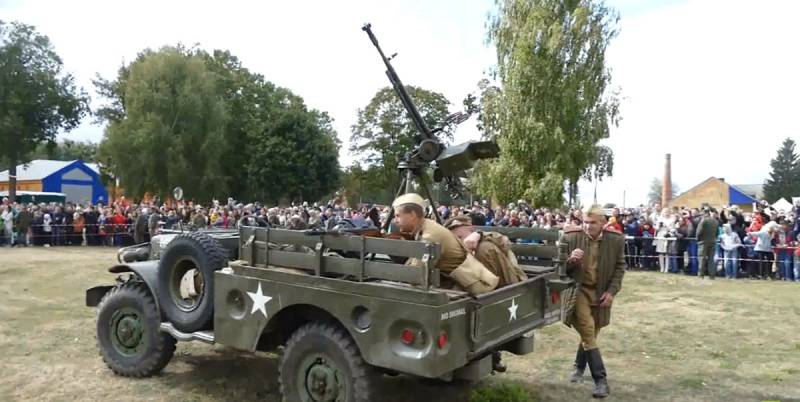 In Piryatin, then the Americans deployed fighter R-38 and P-51 escort bomber aviationand in Poltava and Mirgorod - B-17 and B-24 bombers. The airfields in the USSR were used by the Americans, including for landing after departure from other airfields - in Britain or Italy.

Considering the fact that “decommunization” and “desovetization” are continuing in Ukraine, the reconstruction of the events of 75 years ago turned out to be “ideologically” difficult. 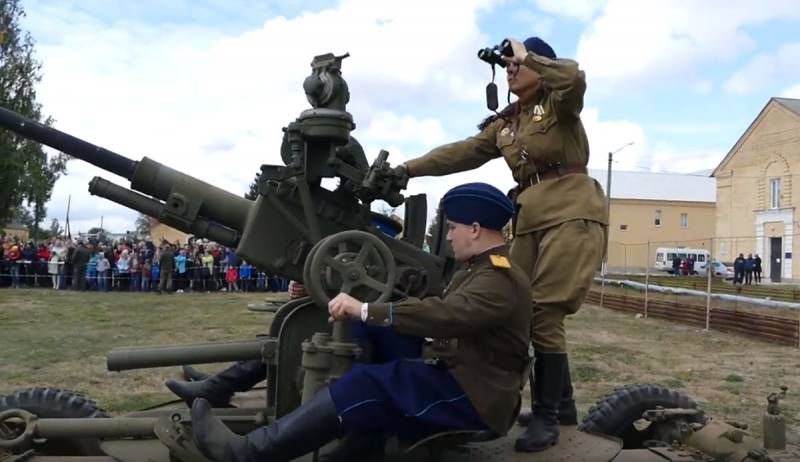 The fact is that Soviet symbols are officially banned in Ukraine, therefore, the reconstruction of an air raid on one of the Soviet airfields featured mainly American symbols. For example, we are talking about the white stars of the US Army on military equipment. 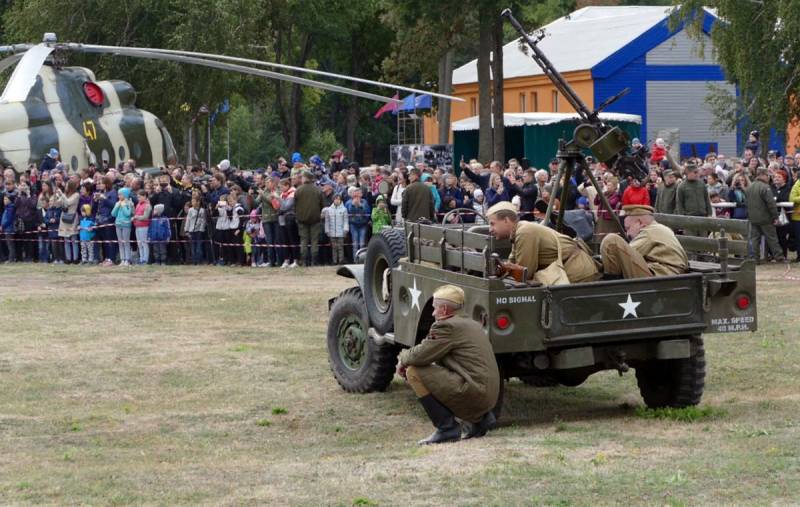 However, especially brave reenactors nevertheless decided to be honest, even to themselves and in military uniforms, used the Red Army insignia - red stars in caps and caps, Soviet awards, etc. 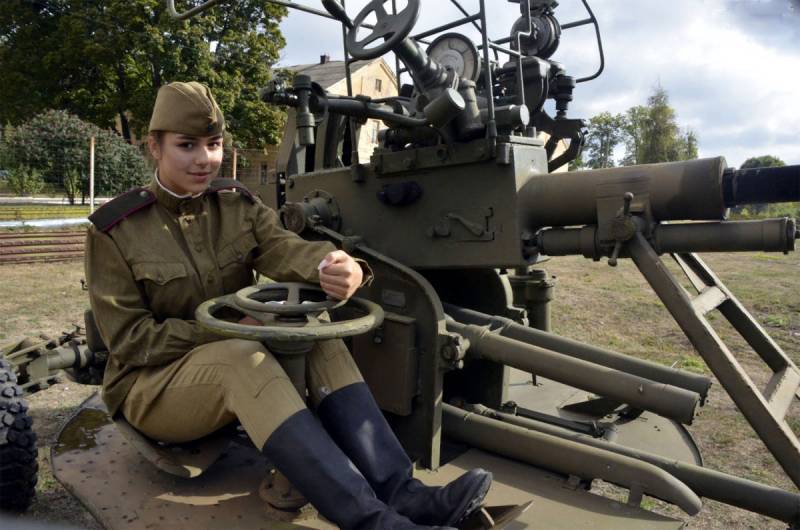 Red stars once again attracted the attention of radicals, who have already begun to pour threats against the organizers of this seemingly even for Maidan Ukraine, “politically correct” historical reconstruction.