And the service went to the state farm! 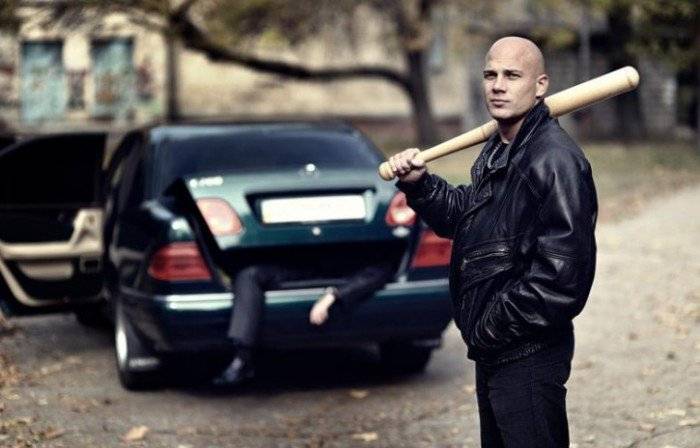 Two weeks to prepare for battle

The next morning the commander’s headquarters gathered. To them, the husband and the director said that there is a period of two weeks to prepare. The director has already found out for sure that farmers with their families flew to "cool off" in Turkey, therefore, they will come forward after returning. It is necessary to prepare so that they do not know anything in advance. And there is no need to joke, farmers can drag thugs armed to the teeth. So you need to stop drinking for this time, do not talk with strangers who are not from the state farm, in general, carefully monitor all newcomers if they hang out at the state farm. The husband said that let the men gather in the club again in the evening and bring with them all the rifles they have, cartridges for them, in order to understand how much what and what is suitable, and also let them capture their demobilization albums, whoever has them.

Our state farm is an old village, it is almost two hundred years old, the people here are indigenous, not alien. And there have always been many hunters. Wolves were beaten in the steppe to protect cattle, especially sheep. In addition, for wolf skins under the Soviet regime, they gave good bonuses. There were river and lake places, although not close to where ducks could be obtained. Hares were also found in the steppe, and Cossacks with a good dog in their crops loved to roam around and to the melon. Partridges, so interesting, all run around the earth in a flock, you go to them, but they do not fly, but run away, take off, if you really get close. Steppe foxes-Korsaki. Once they brought an animal shot, it looked like a red-headed mongrel, they said that they were a jackal, they came here from Kazakhstan. One hunter once shot a couple of long-tailed jerboas, his daughter asked them to make them stuffed for the district school where she studied. And also ferrets and gophers. Ferrets were beaten at the beginning of winter, when their fur was good, dealers bought, paid well. Gophers were also shot in September-October before hibernation, the locals ate them when they accumulated the most fat. I myself didn’t eat, but they say that the meat is like rabbit, but much more tender. And in Armavir I still saw a friend's gopher's fur coat, beautiful, but not worn, the skins are thin, wiped quickly.

In the evening, the men again filled the club, the mood seemed to be cheerful, but already somewhat wary ... However, they brought everything, some even put on boots and boots in which they came from the army, and the remnants of the uniform they could get into. This time I was already in the club openly, the director told me to secretate, I can type in half with a typewriter. The husband ordered him to put together demobilization albums, began to look at photos in them, and ask questions, the director also connected, either praising or joking. Everyone's mood rose again, again they began to show themselves out to each other as a service, all kinds of tales went with a gaggle. I also looked at these albums and was surprised! At first, when I came here, I couldn’t understand everything, how did the local women go for these of their own, such, married, where did they have eyes and brains? I looked at the albums; what, it turns out, were all the handsome fellows after the army!

As the mood rose, engaged weapons. They brought a lot of guns, almost four dozen, all pretty old hunting shotguns and single-barrels. The director brought a pair of excellent German rifles, he also kept ducks to shoot for some regional and district commanders, if on a hunt ... And a good supply of ammunition for his rifles with bullets and wolf buckshot. But there were few cartridges for other shotguns, all old, stale.

The husband turned to the most experienced hunters, so that the dubious guns were brought to mind and sorted out old ammunition. They explained how to arrange a shooting range behind the village and try out all weapons, see who knows how to shoot. And the director promised to get and bring in quickly the required supply of cartridges. Everyone was surprised by a sniper, he was the best hunter at the state farm, but he brought not only his hunting rifle, but also a three-line rifle, well-groomed, like new, in oil, and there were a dozen of two rounds of it! It turned out that his late father, also a hunter who was a well-deserved sniper in the Patriotic War, secretly brought this rifle from the war and dug it secretly. And then he went with her to the steppe and trained his son on a sniper case. This husband is very история pleased. And the men bulged their eyes, crowds, they all strive to touch the rifle!

How to put a service

Then they began to discuss how to deliver the service. They decided that it was necessary to plant crops and places with state farm cattle (stables, nightmares, pigsties) to learn to guard, especially at night, so that it was impossible to set fire to secretly. The commanding staffs should be held every day in the morning and in the evening, the whole crowd will not be assembled in the club anymore, simply each commander will then bring the decisions and orders to his own team. They voted that the husband was the chief commander, approved the remaining commanders from the headquarters, I printed the protocol, the husband and the commanders signed it, and the director put the state farm stamp. Then the director told me to pull out a few sheets, which he dictated to me in advance, and I printed a carbon copy. There were the names of all the peasants who came to the club, and it is written, just like an oath, that they say that I voluntarily enter the guard of the village, I am warned about all the dangers, I am ready to obey and bear responsibilities, not to let my comrades down. The director read this and invited everyone to personally sign it. The men turned dark again, but they all signed. And the director put the seal everywhere.

Then one “wise guy” gets up and says that since this is a serious matter, he would like, while dangerous, to hide the family from the state farm to relatives in the district center, and that would not hinder all the others ... The husband, as he heard, only clasped his head in his hands and stared at the table. But the director soared !! Like, come on, come on, we’ll take women and children around the district so that everyone will know how we are preparing here. And the bandits will take them hostage, for example, yours, and how are you going to shoot back after that? Everything calmed down at first, and then the director’s commanders supported him, and the other men agreed with them, glued the “wise guy” tightly, almost poked around his neck. On this and dispersed ...

The next morning, the headquarters decided how to make shift shifts to guard around the clock, how many people on guard would be on foot near cattle corrals, who and how many people were riding around crops and herds on pastures. They allocated a team, tools, materials, an area nearby in the steppe, where to make a shooting range with targets. In the evening, the commanders at the headquarters reported how everything was being done, and the director brought cartridges in the evening, as promised. The husband immediately told him that it was necessary to check the state farm paramedic station and make a large supply of bandages, cotton wool, any disinfection for treating wounds, pain medication and syringes. The director promised, and the commanders tensed, listening silently to this.

And the service went to the state farm! In the afternoon, they dig through their own or state farm work, but summer is hot. Day and night, guards with guns go out. At the shooting range they tested all the guns and looked at who was shooting. The best shooters received guns, those that are worse, became their second numbers with them, helpers who will accept weapons if the first number cannot be owned. Husband, director and commanders all slowed down, did not allow to relax. My husband told me every day to collect women in small groups and go with them to the paramedic. The paramedic was in the room on the board. We washed it, put things in order in it and in the room next door. The paramedic taught us how to bandage, stop the blood, treat wounds, even showed how to give injections, administer promedol for pain relief and apply tires in case of fractures. In the room next door they decided to put those who need it. For this, the paramedic told each of us to sew and fill the mattress, to have a sheet, a pillow and a blanket for him, so that you can immediately bring everything to the point, if any. They also agreed that those with sewing machines sew fabric bags with shoulder straps and different compartments for everyone to add to the sanitary supply. Women at home even older daughters taught nurse.

After these sanitary exercises, the nerves of some began to fool around. The commanders at the headquarters said that one man came home after the guard, and his wife only returned from classes, saw him and howled, as if by a dead person. He was dumbfounded, either laughing, or giving her a hit on the head, so as not to croak, a fool! Then settled somehow in a good way. It seems like a funny case, but something no one laughed ...

The Kremlin commander has two sons, 14 and 16, both healthy, as father. Their children obeyed. First, the Kremlin man made them promiscuous at headquarters, and then they made all teenagers promiscuous at their fathers. All strictly followed the secrecy. If someone is an outsider at the state farm, they tried to make sure that nothing of the kind was noticeable, and they gazed with all eyes into whoever throws a word with an outsider.

The postman was not allowed into the district center. Instead, the director took our mail, he didn’t go alone, so that, therefore, there was an eye behind him, like everyone else. But all the letters and postcards from the state farm so far decided not to send to anyone.

A day later, the director called up with the head of the district police, then she and her husband consulted separately from everyone. So the first week passed.