Partisan army trained in Poland in case of war with Russia

18 September 2019
75
Poland is preparing for war with Russia by all means available to it, including partisan detachments created in case of Russian military aggression. As he writes picture with reference to the statement of the Minister of National Defense of the country, by 2024 the number of partisan army will be up to 53 thousand people. 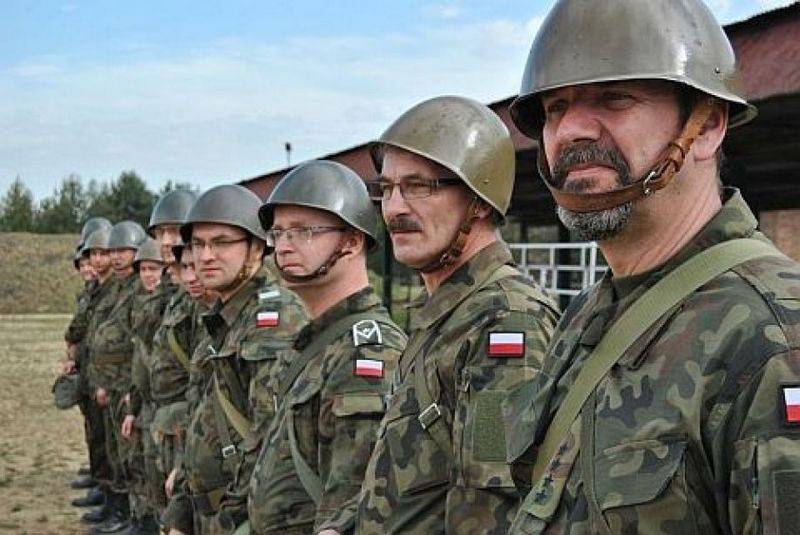 Poland is preparing to meet the Russian attack by all means. Not only the regular army will be involved in containing the offensive, aviation and the fleet, but also the so-called partisan army, consisting of paramilitary territorial defense troops that appeared in the country after the party "Law and Justice" came to power.

Although the authorities in the party believe that these paramilitary units collected from volunteers are a “logical response to the Russian threat,” experts have called them cannon fodder. According to the plans of the Ministry of National Defense of Poland, the size of the partisan army by 2024 should reach 53 thousand people. In the near future, one hundred such partisans will be sent to the United States to undergo military training on "tactics of guerrilla and asymmetric combat operations."

This is one of the elements of the defensive capabilities and the intimidation potential of the Polish army
- explained the creation of the territorial defense troops Mariusz Blaschak.

In the event of an armed conflict, these units will fight along with the regular army. In peacetime, it is planned to use partisans to eliminate other threats, in particular, to fight against disinformation campaigns or to counter attempts to destabilize the situation in the state.