Napoleon in Russia. The pursuit of fear

Antichrist and his buddy

12 failures by Napoleon Bonaparte. At the very beginning of the negotiations between Alexander I and Napoleon in Tilsit in June 1807, the Russian emperor addressed his French colleague with the words “Sovereign, I hate the British as much as you do!” “In that case,” Napoleon answered, smiling, “that's all will be settled, and peace will be consolidated. ” 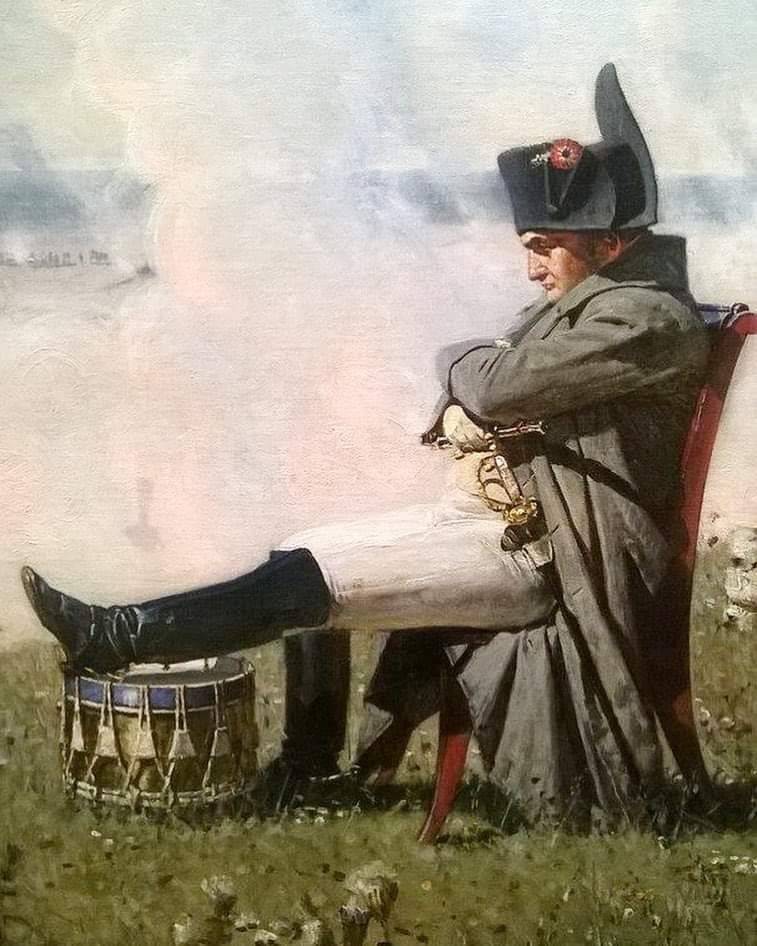 Indeed, a peace treaty was signed, two rival empires became allies, only Napoleon smiled in vain: far more than the British, the Russian Tsar hated the French emperor himself. It was truly an all-consuming passion, which erupted only in communication with especially trusted persons.

So, his sister, Grand Duchess Catherine Pavlovna (to whom, by the way, Bonaparte unsuccessfully wooed), the sovereign brother admitted that there is only one place for them on earth. However, the excellent lyceum Alexander skillfully hid his feelings, and, exploiting the natural charm, tried in every possible way to win over the French monarch.

And although Napoleon suspected acting of an opponent, it seems that he did not solve the simple riddle of the Russian “Sphinx”. To paraphrase the conventional wisdom, Bonaparte’s relationship with Russia can be described as “only politics, nothing personal.” Alexander proceeded from exactly the opposite motives: "no politics - only personal." The reasons for such an attitude are a fascinating subject, but lying beyond the scope of our topic and already dismantled at Military Review.

However, at the beginning of the 19th century it was precisely subjective factors that dominated relations between Russia and France. All attempts to overcome Russia are unique in some ways, but similar in some ways. In 1812 and 1941, the continental Europe considered the war with our country only as a stage (albeit the most important) in the defeat of England.

But if fascist Germany and the Soviet Union looked at each other as mortal enemies, fully aware that a military defeat would turn out to be a national catastrophe for the confrontation, then Napoleon’s attack on Russia was clearly inadequately assessed in the official propaganda and public opinion of Russia of that era. 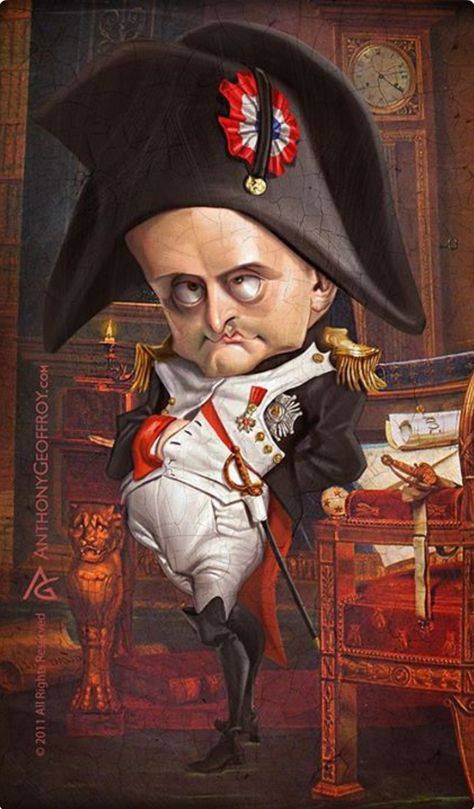 Nowadays, this kind of caricature of Napoleon is a rarity. At the beginning of the XIX century - the norm

Napoleon did not plan any “invasion” of Russia. His military plans corresponded to political tasks - rather modest. First of all, the Corsican intended to tighten the continental blockade against England, create a buffer state on the territory of the former Commonwealth and enter into a military alliance with Russia for a joint campaign in India - this mega-project from the time of Paul I continued to occupy Bonaparte’s imagination.

The main point of the war on the part of the future adversary was “coercion to cooperate”. Russia was required to strictly follow previous allied obligations and take on new ones. Yes, it would be an unequal alliance, covering up vassal dependence, but still an alliance.

Such an approach was fully consistent with the views of the emperor, whom numerous victories over Prussia and Austria did not encourage to encroach on the state sovereignty and internal structure of these countries. Moreover, Napoleon did not harbor such radical plans regarding Russia.

For the emperor of the French (as well as soldiers and officers of the Great Army), this was, let’s say, an ordinary “Central European” war. Unusual can be considered the size of the army, exceeding half a million people. Bonaparte gathered under his banners almost the entire Old World, which had not only military, but no less political significance, demonstration of unity and power - in front of Alexander, England and the rest of the world.

The invasion of the “twelve languages” in Russia was perceived quite differently, which was facilitated by official propaganda. After the beginning of the 1807 year, Russia opposed France as part of the so-called Fourth Coalition in order to arouse hatred of the enemy as a citizen, the clergy after each mass day read out to the parishioners the appeal of the Holy Synod, in which Napoleon was declared by none other than ... the Antichrist. 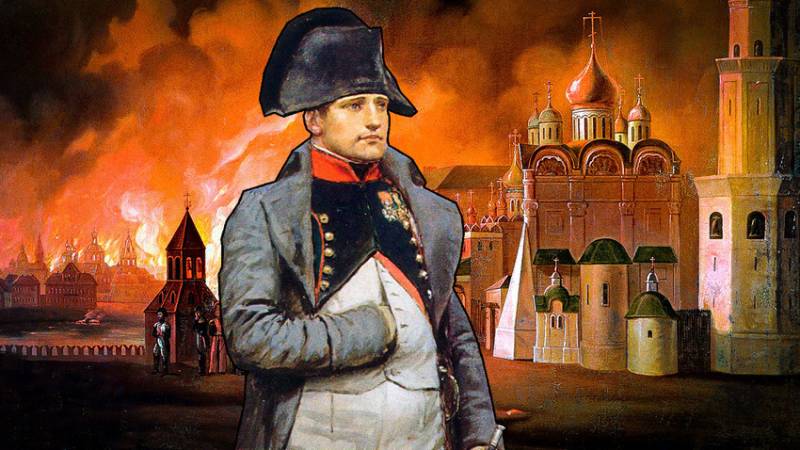 Note that in letters (for example, in a message from March 31 of 1808 of the year), Alexander called his French counterpart "dearest friend and brother." It is clear that the requirements of etiquette and political considerations prevail in diplomatic correspondence, but such an appeal by the Orthodox monarch to a person who was officially declared an enemy of the human race a year ago is at least amusing.

As the historian S.M. noted not without sarcasm Soloviev, "the war undertaken solely for the salvation of the perishing Prussia was turned into a popular war directed against the persecutor of the Orthodox Church, who dreamed of declaring himself the Messiah." Then a decree was issued on the collection of the people's militia. It is not surprising that five years later, the war against Bonaparte, which invaded Russia, was declared Patriotic.

The approach of the enemy to the heart of the country, unprecedented since the Time of Troubles, in itself caused shock in different sections of society. Moreover, after the rapid expansion of the country's borders to the west and south during the reign of Catherine, such a development of events seemed incredible. Let us add the regular rise of patriotism, hatred of the invaders, anxiety for the fate of the Fatherland, the pain of losses, the reaction to robberies and violence, and it becomes clear why the Patriotic War became such not by name, but in essence.

But, again, for Napoleon, the Russian campaign differed only in the scale and theater of operations. About the pathological hatred of Alexander, who at the beginning of the war came in unison with the moods at the top and bottom of Russian society, the ruler of Europe had no idea and hardly took such categories into account. In a letter from the burnt down Moscow, Napoleon will tell Alexander that he "waged a war without bitterness." But these were, as they say, his problems - no one promised the aggressor to take into account his "vindictiveness."

It is generally accepted that Russia was pushed to confrontation by the humiliating Tilsit world, which forced to curtail trade and grain exports to England, dealt a significant blow to the Russian economy. As for the "humiliation", it is appropriate to talk about it only if you take into account that the contract was concluded with the "Antichrist" and under its dictation.

As for the economic problems allegedly generated by Russia's accession to the Continental blockade, then, as Chancellor N.P. informed Alexander Rumyantsev, "the main cause of the financial crisis is not at all a break with England, but incredible military spending." 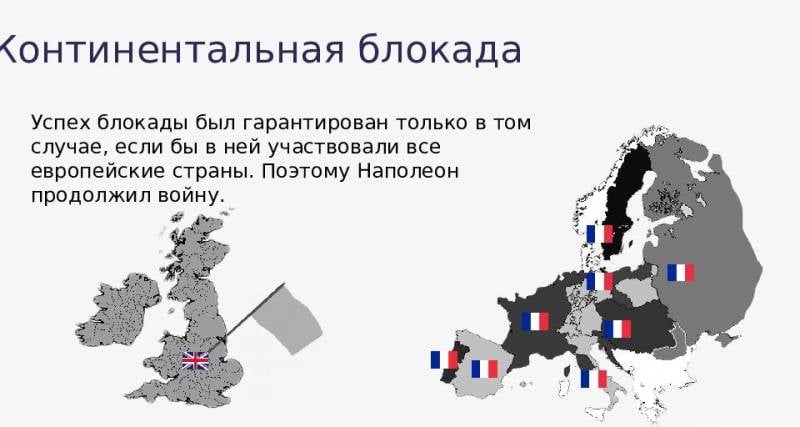 In 1808, treasury losses from a reduction in trade amounted to 3,6 million rubles, while military expenses amounted to 53 million rubles. In 1811, they more than doubled - to 113,7 million rubles, which amounted to a third of the total state budget. Such large-scale preparations were obviously not made to get out of the Continental blockade, otherwise it would be akin to trying to nail a fly with a crystal vase.

On the whole, the development of any relations with England, the most consistent and ardent opponent of Russia, obviously contradicted national interests. Alexander had much more reasons to be friends with Napoleon against the British than vice versa.

It was this consideration that Bonaparte took into account. Moreover. The French emperor probably knew that Russian landowners, including many influential metropolitan nobles, suffered from joining the Continental blockade. In this case, the successful invasion of the Great Army in Russia could “help” the tsar to cope with the internal opposition and, without looking at it, strictly follow the agreements in Tilsit.

But, as we know, Alexander (at least in this matter) was guided by completely different motives. He may have hated the British, but do not forget that the plot against Paul was inspired by London and knew very well the background of his son’s accession to the throne. And in 1807, Russian troops fought the “Antichrist” for Prussia with English money.

Napoleon intended to achieve his goals by winning a large frontier battle. However, the real scenario of the Russian campaign immediately and decisively diverged from these plans. Moreover, it seems that this script was written in advance and written in St. Petersburg. This is fundamentally at odds with the current view of the course of the 1812 campaign of the year, in which the retreat of the Russian troops appears to be a forced decision and almost impromptu, but the facts speak for themselves. 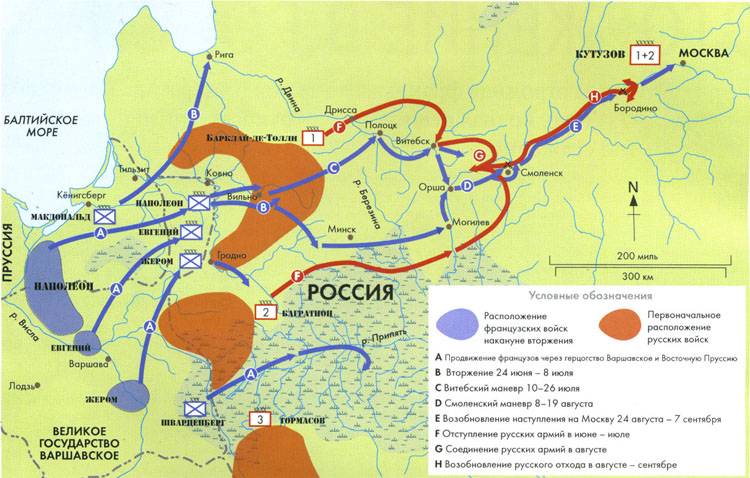 To begin with, the whole experience of previous anti-French coalitions prompted similar tactics. As S.M. noted Soloviev, all the best generals considered the best means of fighting Napoleon to avoid decisive battles, retreat, drag the enemy deep into the territory.

It’s another matter that in the constrained conditions of the European theater of operations, there was nowhere to retreat and “drag out”, so Napoleon and his marshals resolutely stopped such attempts - but the Russian open spaces opened up exciting prospects for such maneuvers. The scorched earth tactics cannot be considered the same domestic know-how - it was successfully applied in Portugal by the Duke of Wellington when retreating to the Torres-Vedras lines in 1810. And the effectiveness of the guerrilla war against the French Spanish guerillos demonstrated quite clearly.

The strategy of the "Scythian war" is attributed to Barclay de Tolly. But the Russian Minister of War, in search of worthy examples, hardly needed to go so deep into the past. In 1707, on the eve of the invasion of Charles XII, Peter the Great formulated the following course of action for the Russian army: “Do not fight the enemy inside Poland, but wait for him on the borders of Russia,” according to Peter, Russian troops had to intercept food, obstruct the crossing, and “exhaust” the enemy transitions and constant attacks. 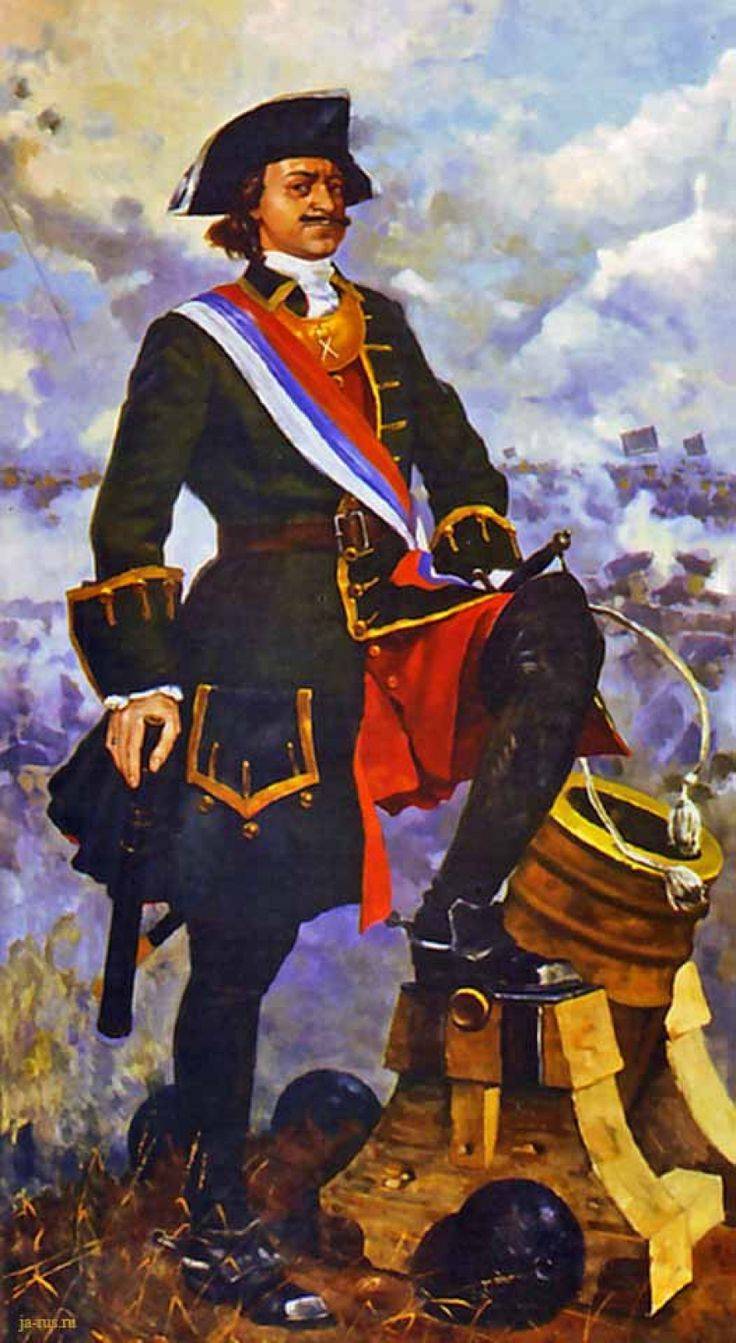 Having in mind a similar strategy, Alexander directly pointed out to Barclay: "Read and re-read the journal of Peter the Great." The minister, of course, read, read, and drew conclusions from his aides, such as Ludwig von Volzogen, the author of one of the plans for a "retreat" war against France.

Russia had no shortage of competent experts. The former Napoleonic Marshal, and at that time the Crown Swedish Prince Bernadotte, in a letter to the Russian Tsar, gave extremely clear instructions:
“I ask the emperor not to give general battles, to maneuver, to retreat, to prolong the war - this is the best way of acting against the French army. If he comes to the gates of Petersburg, I will consider him closer to death than if your troops were standing on the banks of the Rhine. Especially use the Cossacks ... let the Cossacks take everything from the French army: the French soldiers fight well, but lose their spirit under deprivation. "

The emperor praised Bernadotte's authority, to the extent that he suggested that he lead the Russian army after Kutuzov was appointed commander in chief. Undoubtedly, the king listened to his advice and used them in making decisions.

Author:
Igor Maximov
Articles from this series:
Russians have the right not to consider Borodino a defeat
1812-th: nobody but Kutuzov