17 September 2019
16
The latest complex of electronic warfare operational-tactical level "Palantine", which began to enter the army this year, was first used at bilateral regimental exercises held in the Voronezh region. This was reported by the press service of the Western Military District. 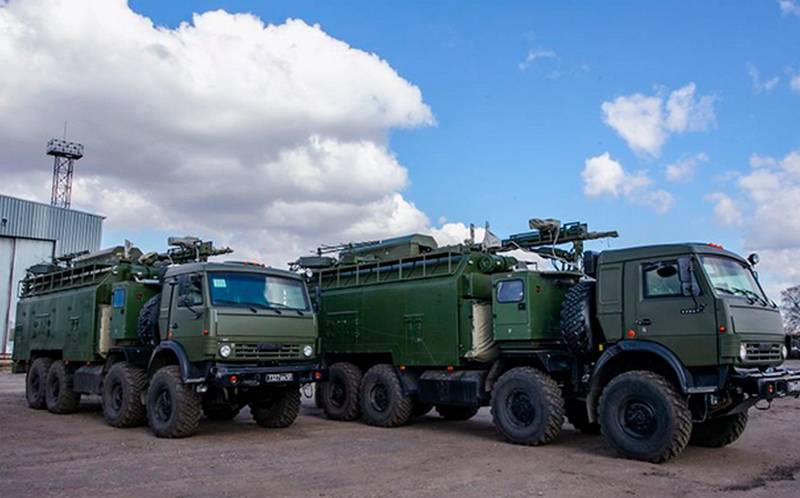 According to a popular report, the latest Palantin electronic warfare complex was used to cover an interspecific group of forces in southwestern Russia. According to the plans of the command, the complex will provide protection from high-precision weapons and missile-cannon weapons during the tactical design of the exercise.

The battalion tactical group of the complex suppressed the radio communication system and electronic intelligence of the conditional enemy in a strip about a thousand kilometers wide
- explained in the press service, adding that the capabilities of the equipment allow to “blind” the enemy in the short-wave and ultra-short-wave ranges, as well as deprive him of cellular and trunking communications.