Better than Vityaz. What is the S-300 air defense system capable of with the unique 9M96E anti-ballistic missiles? 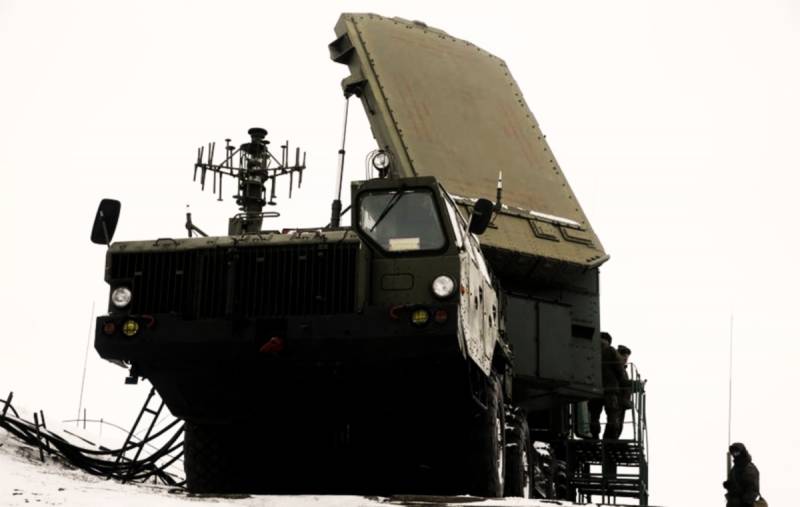 This fact indicates that the ammunition load of each self-propelled launcher 5П85CE (or towed 5П85TE) has been increased exactly 1,5 times (three anti-aircraft missiles 48Н6Е and three SAMs 9М96Е respectively), while fourXXX were previously only represented by fourX48. Consequently, the total arsenal of one modernized anti-aircraft missile battalion C-6ПМ300 will be increased from 1 to 48 anti-aircraft missiles, due to which its combat stability will increase markedly, and the process of "depletion" of ammunition will decrease.

The corresponding question arises: what spectrum of unique operational-tactical and technological advantages can the updated S-300ПМ1 and С-400 Triumph air defense systems boast in comparison with the early modifications of the systems if the advanced 2019XN launcher announced at the 5 training exercises comes out phases of the concept demonstrator and will begin to replenish regimental sets of “three hundred” and “four hundred”?

While some news journalists, due to their low awareness of the architecture of the S-350 Vityaz airborne guidance system, continue to point to equipping the 9M96Е / E2 family of interceptor missiles with infrared seekers, in reality we are talking about a modern centimeter high-resolution active radar seeker (Ku ) or millimeter (Ka) ranges based on a slot antenna array. Unlike semi-active radar seekers of the 48Н6Е and 48Н6DM anti-aircraft guided missiles, which require continuous illumination from the multifunctional radars 30Н6Е and 92Н6 until the “meeting” with the target, active missile launch systems of the 9X family are capable of scattering near the 96M family with an effective target. m (fighter "Typhoon" with weapons on suspensions) at a distance of about 1,5 — 55 km, after which the need for illumination disappears. Targets of the type “AGM-60 JASSM-ER” (EPR near 158 — 0,08 sq. M) can be “captured” at a distance of 0,1 — 25 km. Consequently, the S-27ПМ300 and С-1 air defense systems equipped with this missile will be able to work on targets "hiding" outside the radio horizon.

It is also known that only JSC Agat Moscow Research Institute has experience in the development, serial production and modernization of these types of active radar seekers. And this means that the 9M96Е / E2 anti-aircraft missile homing head is one of the modifications of the ARGSN Slate, partially unified with the 9M317M anti-aircraft missiles that are part of the Buk-M3 air defense systems. According to official data published in the online directory rbase.new-factoria.ru with reference to the Agat Research Institute, this homing head is able to receive target designation from a wide range of third-party sources of radar, radio-technical and optoelectronic reconnaissance (including Bumblebee radar systems) Aircraft AWACS A-50U, H011M Bars-R airborne radars of Su-30СM fighters, Sych family of airborne systems, as well as shipborne and ground-based surveillance radars).

Conclusion: equipped with 9M96E / E2 interceptor missiles, the S-300 and S-400 complexes will be able to strike even those enemy air attack weapons that have a low-altitude trajectory throughout the entire flight and do not "emerge" because of the radio horizon, revealing their location for divisional guidance radars 30N6E or 92N6E. This quality will be a key bonus of the updated "three hundred" in the case of massive missileaviation attacks from the enemy.

Another indisputable advantage of the new missiles in comparison with the standard 48Н6Е and 48Н6DM is the presence of a two-tier "gas dynamic belt" of transverse control engines (DPU) located in the center of mass of the rocket, the advantages of which we have repeatedly listed in our previous reviews. In contrast to the standard developed aerodynamic rudders and the gas-assisted air-breathing system, which provide a longer (“viscous”) reversal of the SAM in pitch and yaw planes, the “belt” of the anti-aircraft missile, creating an impressive transverse moment of force, provides instant throws of the missile interceptor on the trajectory with overloads from 60 to 70G, which allows you to intercept aerodynamic and ballistic objects maneuvering with 30-35G overloads and destroy them using the hit-to-kill direct hit method. Thus, the missile defense potential of the upgraded S-300ПМ1 air defense systems can reach the level of the latest C-350 "Vityaz", "Patriot PAC-3 MSE" and SAMP-T missile systems.

But there is also such a parameter, according to which the basic ammunition of the S-300PM1 complex can give odds even to promising Vityaz. It's about the speed characteristics of the long-range anti-aircraft missile 48Н6Е. Its flight speed on the marching and initial sections of the trajectory reaches 5 — 6,6M, respectively, while the speed of the 9M96Е / E2 interceptor missiles barely approaches the figure in 3,2 — 4М. It is logical to assume that the preservation of full-fledged heavy anti-aircraft missiles with the 48Н6Е index in the ammunition kits will make it possible to intercept enemy strikes that remove high-speed targets after 30-100 distances of km or more.

The presence of this quality can become critical if the enemy carried out a massive missile attack on the defended object using several dozen 5-swing air ballistic missiles “Deep Strike” or high-speed supersonic missiles such as ASN4G, and the C-300 covering division did not manage to intercept all attacking counter course missiles using the slower 9M96E missiles. Good old 48Н6Е safely compensate for this drawback.