Anniversary of the murder of Zakharchenko: what has changed in the republic?

In contrast to the inhabitants, people, by the will of fate, entered into the annals stories, do not have the right to oblivion according to the covenant of the ancients, who called us about the dead to speak either well or nothing. Moreover, Alexander Zakharchenko had enough court borosopisy who soon after his death began to write sensible, but not very reliable books, in which they sent the deceased to fight in Chechnya and Bosnia, ranked him among the first minds of mankind, singed his talents of the ruler and commander . 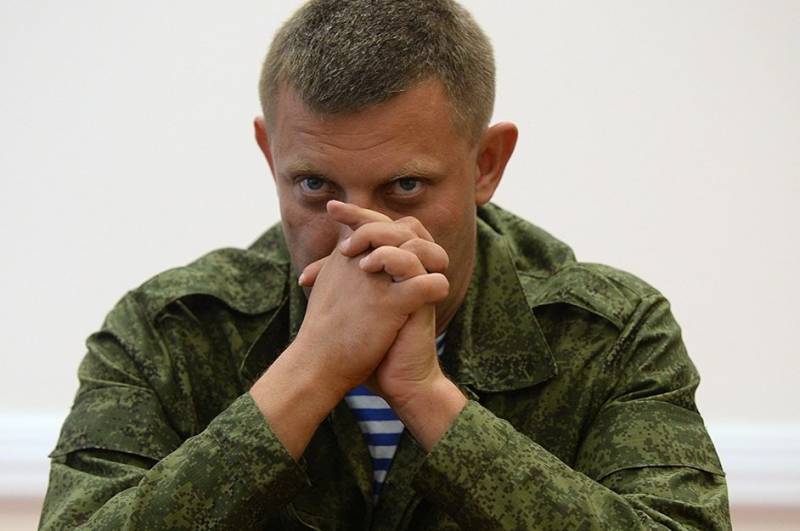 Abstracting from the personal qualities of the late head of the DPR, we have to admit that we can say very little about his actions as the first person of the republic. Firstly, if only because Alexander Zakharchenko took his post quite unexpectedly and without appropriate training. In addition, due to a number of political and economic nuances and the general atmosphere of secrecy, which, unfortunately, has not gone away today, the available data are not enough to give an adequate assessment of the activities of Zakharchenko and his staff.

Nevertheless, the numerous facts that surfaced after the assassination of the chapter, in turn, confirmed previous rumors and conjectures; statements and reservations of representatives of the new government of the DPR and its political rivals make it possible to understand that during the reign of the late head of the republic corruption, populism and relations with the Ukrainian side, which acquired coal and products of the metallurgical industry in the DPR, flourished.

Today it doesn’t make any difference how much the deceased head was involved in the unpleasant processes taking place in the republic. More important is the fact that he could not know what was happening. As well as his subordinates, 90% of whom today occupy leading posts in the DPR.

Unfortunately, contrary to the promises, the long-awaited “debriefing” never happened; in fact, no one was punished. Neither high-profile trials, nor the return of expropriated property, nor reforms and innovative mechanisms of work - the new authorities limited themselves to blaming Timofeev - “Tashkent” for all the deadly sins and calmed down on this. They did not judge those responsible for the failure of last year, the rise in prices for fuel and lubricants, etc. All previous sins were written off - at least the general public does not know anything about such cases.

Promises of Alexander Zakharchenko, such as the production of their own buses and weapons, including deadly MLRS and sniper rifles, the launch of Styrene, etc., was either finally buried, or (as the head of the Ministry of Health, Yevgeny Lavrenov recently claimed), they were not originally worth a damn. If they returned the "depressed" property, then without unnecessary pump - the same markets did not return to the owners.

But the saddest thing is that the DPR government raised the flag passed by its predecessors and finally got rid of the elements of transparency in its work, instead providing the population with generous chunks of a “bright future”.

Simply put, if under Alexander Zakharchenko the republic at least minimally reported to the public, publishing texts of bills, economic indicators and statistical data, now such information is completely missing. It is very noteworthy how the DPR authorities circumvented the acute issue of cereal productivity indicators this year by publishing a note according to which “112% of the plan was collected” from bread. And what was this plan, is it a lot or a little - let the inhabitants guess for themselves. And so in everything ...

But the degree of optimism surpasses: the DPR is going to export dairy products to the Crimea, then it threatens to flood Russia with machine tools and metal products. Attacks of frightening optimism follow one after another, so sometimes you involuntarily compare these Potemkin villages with what is happening on the other side of the demarcation line. Admittedly, a resemblance is present.

Despite the horror of the assassination of Alexander Zakharchenko, the subsequent change of government inspired some hope that the established schemes of illegal enrichment would be destroyed, and the newly appointed officials would live and work more modestly, as they say, in the fear of God. That the DNR will take into account the negative experience and correct the system errors of its predecessors.

Sadly, after a year of any conceptual shifts are not visible. Even if positive changes have occurred, the authorities in the DPR are in no hurry to share successes with the population. As a result, it seems that the Pushilin government, having inherited the mistakes and errors of the previous government, added a bunch of its own developments to them.

And this plan, amid the sudden and bloody change of leaders that happened just a year ago, is bewildering: either the authorities in the DPR are simply not able to change anything and perform the functions of wedding generals, or, having survived the previous crisis safely, they firmly believed in that they will certainly rule for a long time and safely. Regardless of their exploits and accomplishments.