Designers have proposed replacing the An-2 single-engine monoplane

August 28 2019
172
Ural Civil Plant aviation (UZGA), in the framework of the program to create a new aircraft to replace the An-2, came up with a proposal to create a single-engine monoplane for 9 passengers. This was announced by the chief designer of the aircraft factory Vadim Demin. 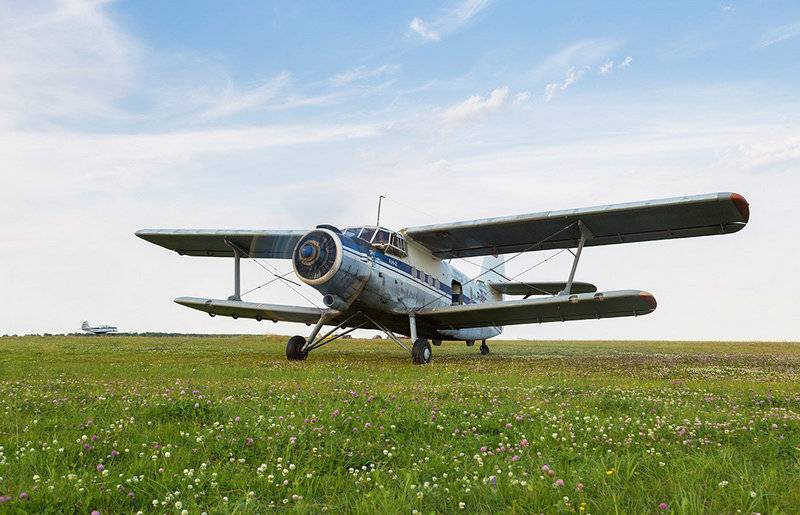 According to Demin, the new aircraft, being developed to replace the An-2, should be a monoplane with a high strut wing. Such a scheme, according to the chief designer, compared with a biplane, is easier to manufacture, maintain and repair, and also has a higher aerodynamic quality and, accordingly, better cruising characteristics.

Thanks to this design of the airframe, the aircraft will have a maximum take-off mass of 4800 kg, which is 1,5 times less than that of TVS-2DTS (7400 kg). This complies with the standards that set weight limits for light single-engine aircraft.
- Demin said on the sidelines of the MAX-2019, adding that the UZGA will come up with a proposal to create a single-engine monoplane with a capacity of 9 passengers to replace the An-2.

Earlier, the Ministry of Industry and Trade announced that a new aircraft with a capacity of 2 - 9 passengers will be developed to replace the legendary An-14. The single-engine TVS-2021DTS "Baikal" aircraft, previously planned for serial production from 2, developed by the Siberian Research Institute of Aviation on the basis of the An-2, will not be produced, but developments on it will be used to create a new aircraft.

The aviation industry explained that the decision on the fate of the Baikal aircraft, as well as what technological features will be used to create the new aircraft, will be made in September. Work on the creation of a new light multi-purpose aircraft to replace the An-2 will begin this year, the first prototype of the aircraft for static tests should be ready by December next year.