In China, compared the new aircraft carrier with the Varyag purchased from Ukraine

August 19 2019
70
Aviation the wing of a promising Chinese aircraft carrier will increase by 50% compared with the number of aircraft on the Liaolin aircraft carrier. Liaoning is a former heavy aircraft carrier Varyag purchased from Ukraine. The Russian "Admiral Kuznetsov" was built with him on the same project. 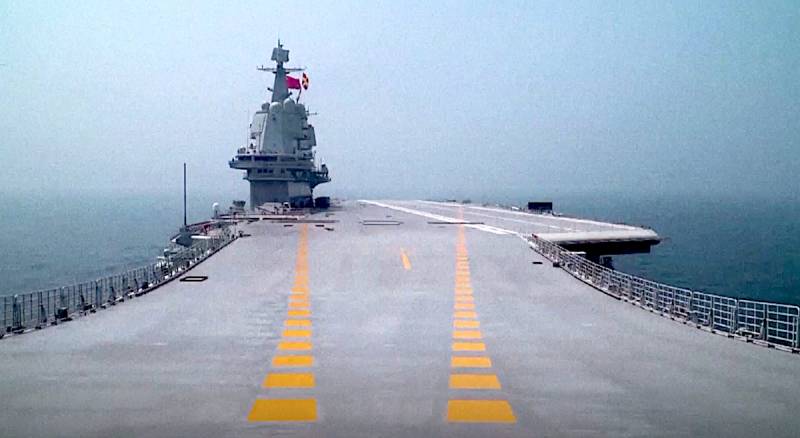 Earlier this month, the promising Chinese aircraft carrier 001A passed its seventh test in the Yellow Sea. The Chinese publication South China Morning Post evaluated the potential of the new ship, comparing it with the aircraft carrier Liaolin already available to the PRC. According to the author of the article, the promising ship is superior to the former Soviet Varyag, bought by the PRC from Ukraine.

According to the data published in the article, the 001A type will receive a wing from 36 J-15 fighters. Liaolin has 24 aircraft on board. The new aircraft carrier is an upgraded version of the Liaoning ("Varyag"), and, in fact, the heir to the heavy aircraft-carrying cruisers of the 1143.5 project.

Another clear difference will be the reduced “island” of the control tower and the greater displacement. Hu Wenming, the head of the ship construction program, said this in an interview with CCTV.

Both platforms look almost identical, but from the point of view of design, technologies and developments used, they differ significantly.
said Hu, who is also the president of China Shipbuilding Corporation (CSIC).

The total displacement of the aircraft carrier under construction is 70 000 tons, compared to 58 600 tons in Liaoning. In addition, the ship received a longer take-off platform - 315 meters against 304. 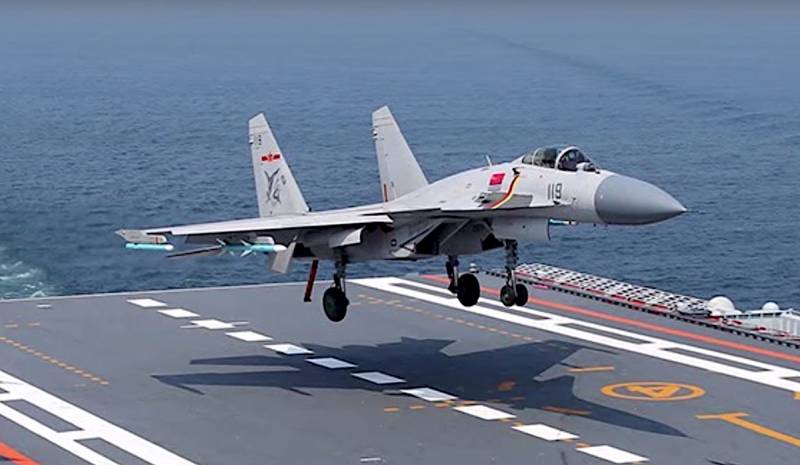 Type 001A will receive a Type 346 “Sea Star” digital radar system with an active phased array antenna. Among other things, Liaoning carries on board a wing of 16 helicopters; its crew is about 2000 people. Both ships operate on four-shaft steam turbines, but the maximum speed of the promising aircraft carrier is less than the progenitor: the 31 node against the 32 of the former Varyag.

China has gained extensive experience in upgrading Liaoning, and this has helped in the construction and operation of the 001A Type.
- Hong Kong military expert from Hong Kong emphasizes.

The former heavy aircraft-carrying cruiser Varyag was laid down on December 6, 1985 at the shipyard of the Black Sea Shipbuilding Plant in Nikolaev under the name Riga. In 1990, changed its name. After the collapse of the USSR, the ship went to Ukraine, after which its construction was stopped. In 1998, it was sold to China. Since 2005, the Chinese state corporation CSIC has been engaged in the modernization of an aircraft carrier at a shipyard in Dalian. The ship was handed over the fleet China in 2012.

J-15 aircraft, which are the main Liaoning wing, are based on the Su-33 carrier-based fighter. The prototype of the aircraft, T-10K, was purchased in the same Ukraine in 2001, and was carefully studied by Chinese engineers. In addition, presumably, the aircraft was based on J-11 technology, which is a copy of the Su-27.
Military Reviewin Yandex News
Military Reviewin Yandex Zen
70 comments
Ad