This name immediately brings to mind his many battles and wars. Napoleon Bonaparte is a commander whom Suvorov placed on a par with Caesar and Hannibal. Immediately after the campaign of the 1796-97 years, even when there were no Ulm and Austerlitz, Yen and Wagram. 15 of August marks the 250 years since the birth of Napoleon. 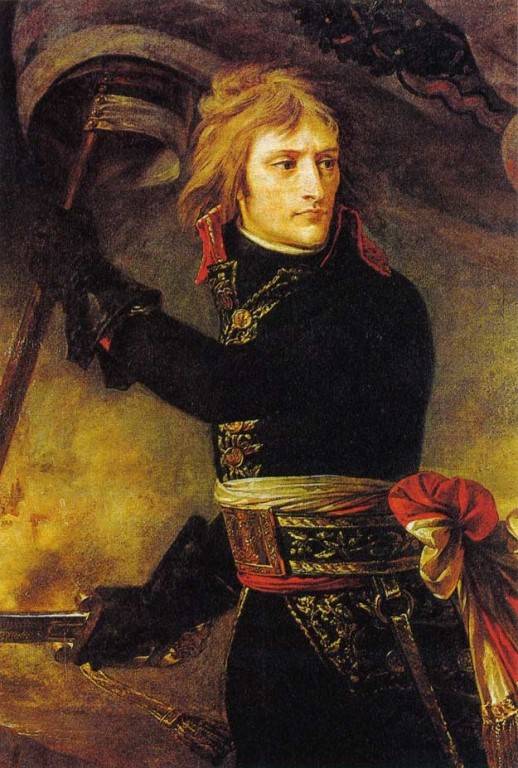 Not a single person who is interested in the military will be able to pass by such a date. история, as well as the story in general. The island of Corsica, which even in our era of global communications remains something like terra incognita, endowed the history of the New Age with perhaps the most extraordinary hero. Perhaps many managed to surpass him as a politician and statesman, some as a strategist, but the greatest of the commanders in the history of Napoleon is recognized without reservation.

Yes, the first thing that comes to mind when talking about Napoleon is numerous victories and rather rare defeats. The defeat and failure of General Bonaparte, the first consul and emperor Napoleon I, is devoted to the ongoing series of publications on the Military Review website. To our readers, Napoleon, as a unique master of military affairs, must be no less interesting than as an emperor of the French and a reformer of Europe.

Someone said about him that in his defeats Napoleon is even greater than in brilliant victories. It is hardly worth arguing with this, although one cannot but take into account that the final result of all these victories was an unconditional defeat. Life, more like an ancient legend, ended with a solitary confinement on a distant island in the middle of the ocean. The “Little Runaway”, who managed to retire on time from the place where he was in complete collapse, failed to make his last escape from St. Helena. 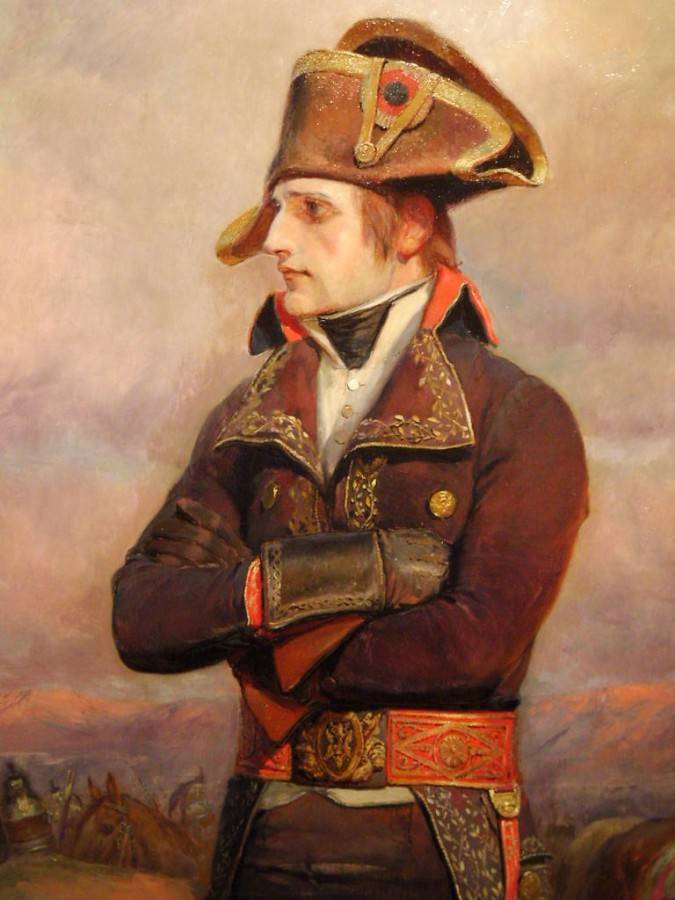 But the fact that he knew how to fight like no one else, at least in his time, is an indisputable fact. The Duke of Wellington, when Napoleon, having taken Charleroi with his army, literally cut off the British from the Prussians, dropped in conversation with Blucher: "This man honors the war."

Very soon after these words of the English aristocrat, who became the last of Napoleon's victors, he had to leave the broken army in an attempt to save the throne and France, which they could again “surrender to the Bourbons”. As a result, everything ended on the English ship and the island of St. Helena. The most recent escape from which, as already mentioned, never happened.

Meanwhile, this craving for flight was one of some features, one might say, “chips” of Napoleon. Everyone knows how he left Egypt, leaving the army melting from disease and hunger against General Kleber, one of his potential rivals. It is also known how Napoleon drove away from Russia immediately after crossing the Berezina, having received news of the plot of General Male. From Spain, seemingly also defeated, Napoleon escaped in order to prevent the Austrian invasion of Bavaria. 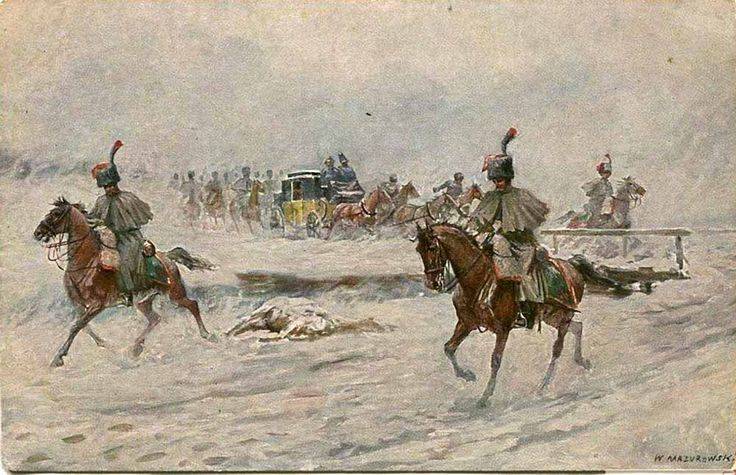 As an escape, however, more tactical, one can also regard Napoleon’s maneuver to Troyes in the 1814 campaign of the year. He was ready to leave Paris to himself, moving the capital to Orleans. But under the threat of the Allied offensive Napoleon, having left the army at Bertier, with headquarters and a small convoy urgently drove to Paris. He arrived in Fontainebleau on a postal card with only five officers, reached Esson, where he met the courier with news about the surrender of the capital. 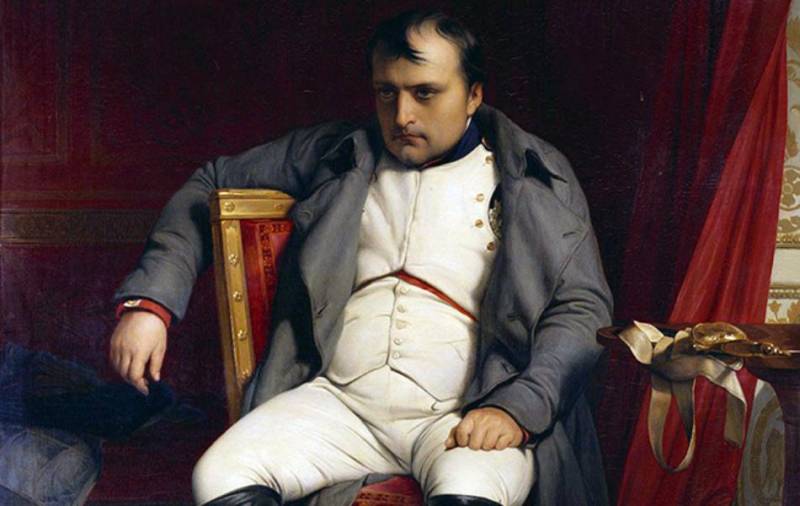 Finally, few people know that even before Toulon, the Vandemeier and the Italian campaign, Napoleon fled several times to Corsica, and not only for family affairs and leisure, but also for politics. Immediately taking the side of the Revolution, Bonaparte quarreled with all the local patriots. Moreover, his brother Lucien, who managed not only to become a member of the Convention, but also to accuse the Corsican leader Paoli of counter-revolutionary activity, added fuel to the fire. 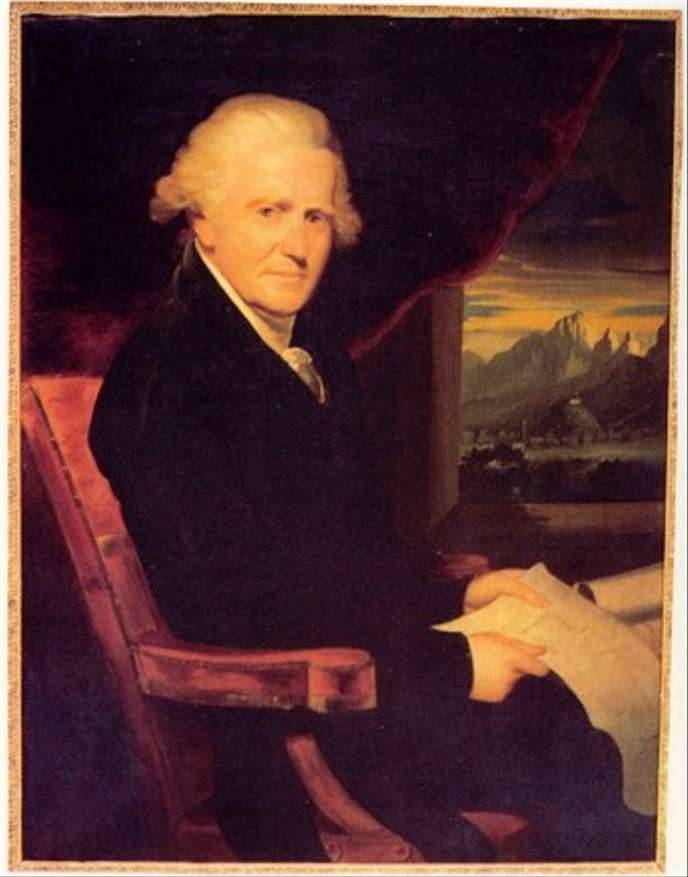 In the end, everything ended with a complete "divorce" of Napoleon with Paoli, the evacuation of the Bonaparte family on the continent and fate abruptly of any French novel. But in fact, as a young officer, Napoleon Buonaparte did not bother himself with service in any way - for six years he managed to spend thirty-two months on various holidays, which, however, speaks more about morals and level of discipline in the royal army of Louis XVI. Napoleon will visit Corsica only once more - returning from the Egyptian expedition in the 1799 year, he will be here waiting for a storm for a week.

Like many other conquerors, he had to trip over Russia. However, he stumbled, he seems, after all, in Spain, and in Russia, rather, got stuck to the neck. Under Berezin, he got out of our endless snowy expanses just like a swamp. And let the ardent Bonapartists consider the crossing among his victories, as, however, Borodino, Maloyaroslavets, and Krasny ...

The Russians are still trying to unravel the peculiar "code of Napoleon", which, like the devil, drove him into a distant northern country. The Russian campaign is, in someone’s opinion, just a series of continuous triumphs, with an apotheosis in the form of the capture of the capital’s capital of the throne - Moscow. But how then can one explain why, as a result of a series of victories, the great commander managed to squander the most powerful 600-thousandth Great Army in history? 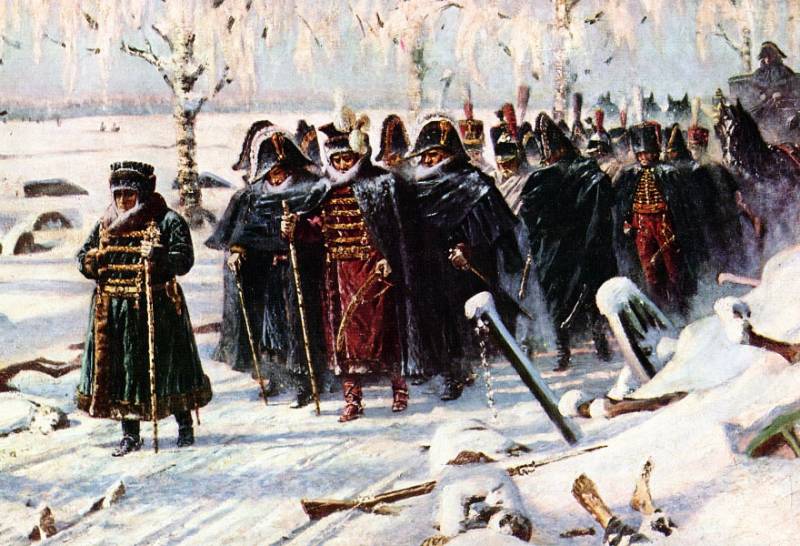 In Russia, fortunately, it never occurred to anyone to erect a monument to Napoleon. Although in comparison with Mannerheim and even with Kolchak, he would have been able to win. To the fallen French soldiers and officers - this, please, as much as you like. But nevertheless, in comparison with other conquerors of Russia, Napoleon definitely wins.

Is this why it was not an attempt in Russia, in official history, or in journalism, even yellow, to try to somehow impose on the public the parallels between Napoleon and Hitler? A different scale, different plans. Napoleon, although he was called in propaganda not only a "usurper", but also a "cannibal", and those ideas that the "Fuhrer" brought to Russian land would not have crossed his mind.

Parallels with Stalin, who had also “put an end” to the Great Revolution, but somehow didn’t work out, could have been more appropriate. Although, judging by the way France became under Napoleon and Russia under Stalin, the desire to draw parallels becomes simply obsessive. 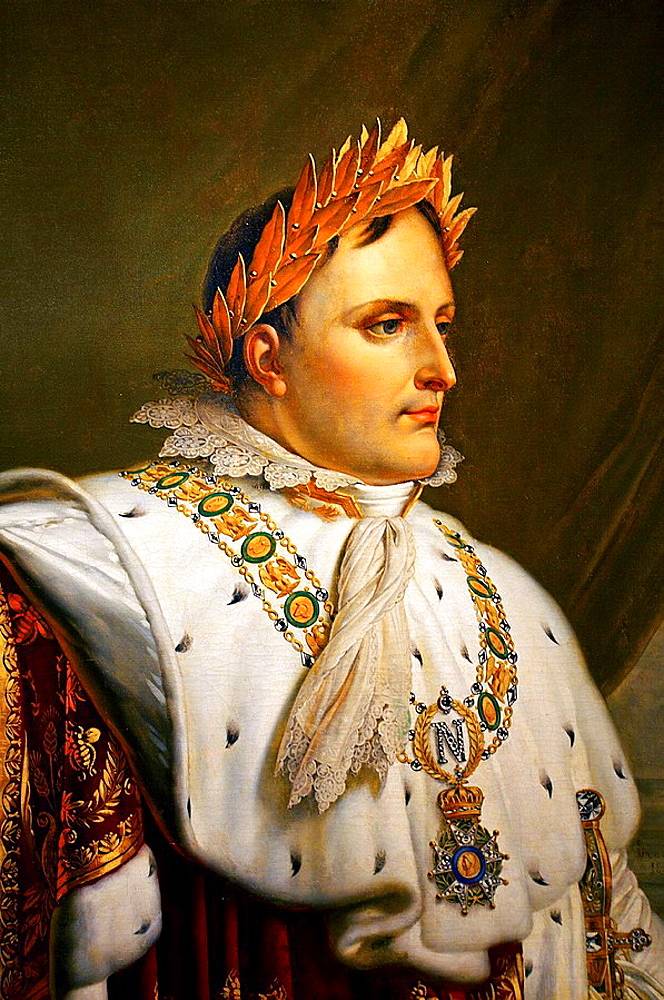 However, it is known that Academician Tarle was by no means just given carte blanche so that, singing the heroes of the 1812 of the year, not to sculpt from Napoleon the image of a "world villain." As a result, Napoleon at the famous historian turned out to be in some ways even prettier than Kutuzov and even more so Emperor Alexander I.

For a long time it was not too customary for us to directly oppose the Emperor of the French to Alexander the Blessed. But today, his leading role in the victory over Napoleon is no longer hushed up. No, the main role, of course, was played by the Russian army, but in those great years, without the rare stubbornness of the sovereign, it would hardly have reached Paris.

Moreover, it was in Russia that something like a kind of “cult of Napoleon” developed, although it is sometimes simply amazing in nature. Here and Bonapartism, which once literally hurt the “reds”, from some Colonel Muravyov to Trotsky and Tukhachevsky, and the “whites”, from Kornilov to Wrangel. There is an irresistible craving for the Empire style - the imperial style, which was easily adopted by the entire Stalinist culture.

Among other things, there is respect for the most worthy of all the conquerors or just opponents who tried to conquer us. And, perhaps, a latent understanding that Russia with such a French ally a hundred years before the world war and the Entente could "fit into Europe" is somehow completely different.

Few doubt that Napoleon was a genius. Like any other genius - not like everyone else. Moreover, almost all the positive and negative qualities that ordinary people have are concentrated in the image of Napoleon. And the fact that he spent the most significant part of his life in battles and campaigns only more fully revealed all of his qualities.

For some reason, it is generally accepted that he was a parvenu - an upstart, although the Corsican clan Buonaparte was probably no less ancient than the Bourbons, and certainly the ancient clan of the Romanov boyars. Although this was not at all annoying Alexander Pavlovich Romanov, who had never forgiven Napoleon for a too frank hint of participation in the murder. 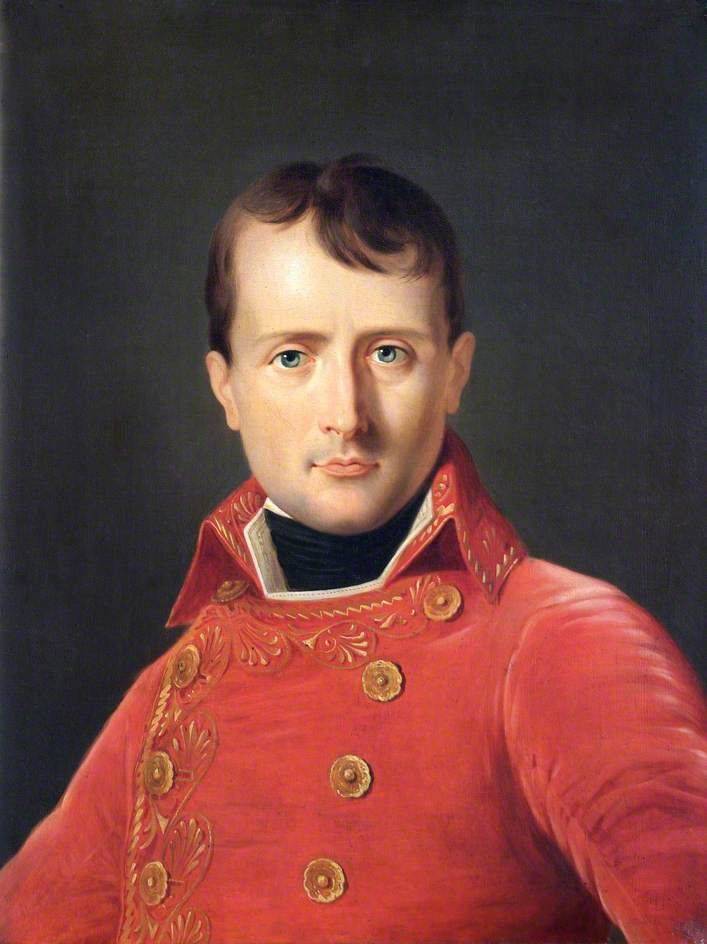 Another thing is that fate has repeatedly provided Napoleon from the Bonaparte clan with unique opportunities that he truly ingeniously enjoyed. Until the rock turned his back on him. He himself perfectly understood this, saying once: “No matter how great my material power, spiritual was even greater. It came to magic. ”

At the same time, fate, at first, was by no means always favorable to this chosen one. He had failed more than once, long before the first military defeats, in his studies, in his service, in the political struggle in his native Corsica, although he quickly cooled down to island patriotism. 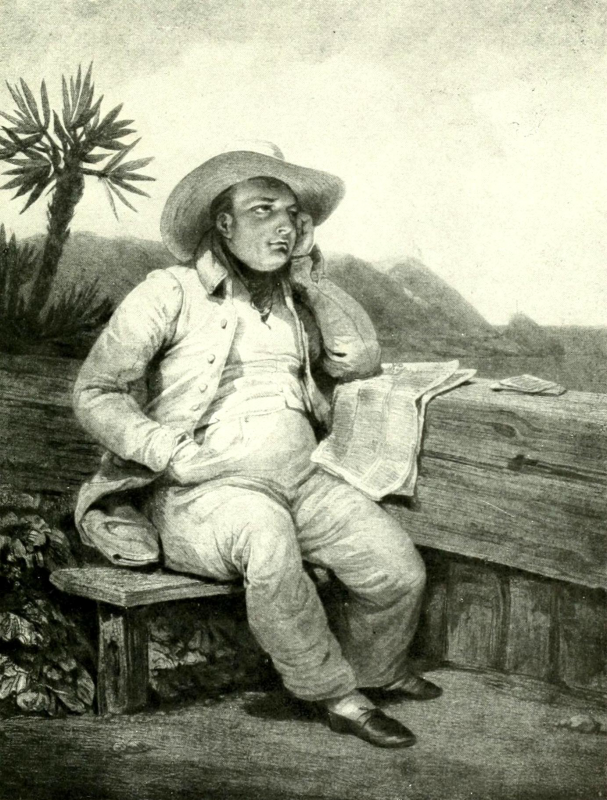 But only his military failures, as well as the biographies of the winners of Napoleon, who, if possible, tries to consider in detail in his publications “Military Review”, can serve as especially fertile material for researchers and readers. Among those who are interested to at least get closer to unraveling the notorious “Napoleon’s code”.