August 12 2019
40
After the United States refused to sell Turkey the fifth-generation stealth fighter F-35 to Turkey, Ankara was thinking about acquiring the Russian Su-35. It is reported by the publication Yeni Şafak. 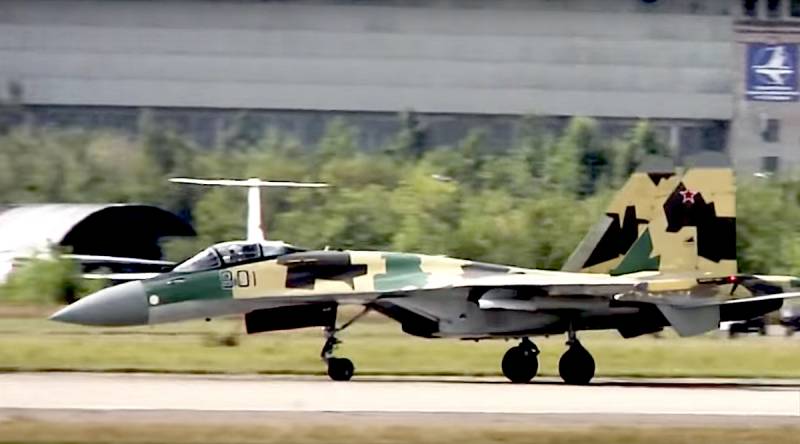 Ankara continues its confrontation with Washington in the field of its own defense independence, increasingly retreating into autonomous navigation and moving away from the NATO bloc. The decision to acquire the S-400 Triumph anti-aircraft missile system has embroiled Turkey with its main ally, the United States. Despite the fact that cooperation between the two countries in the military sphere continues, the Turks are increasingly trying to show their independence from the military machine of the United States.

For many years, the Republic of Turkey was one of the junior partners in the F-35 stealth fighter program. For many years, Ankara has been trying to make its defense industry self-sufficient. Recep Tayyip Erdogan, President of Turkey, credits himself that since he came to power as prime minister, the Turkish military-industrial complex, which previously provided the army with only 20 percent, was able to increase its share weapons local production up to 70%.

Partnerships in JFS, the F-35 development program, gave Turkey the opportunity to gain a lot of new knowledge about building fighter jets. In addition, 10 Turkish companies were engaged in the production of elements for this aircraft. However, after Turkey decided to acquire the Russian S-400 air defense system, the United States decided to show its teeth - and refused to supply Ankara with the already acquired aircraft: and it was going to order at least 100 cars.

After the pilots of the Turkish Air Force, trained at the F-35, were sent home, Ankara faced the question of how, on the one hand, to fill the gap, and on the other - how to hurt the United States, which caused such a painful blow to its ally.

Today, as part of meeting the needs of a new generation of fighters, Turkey has focused on working on alternatives, including considering proposals from Russia, China, and Pakistan. In addition, Ankara is accelerating work on the national TF-X fighter, a fifth-generation Turkish fighter project that is due to take off for the first time in 2023.

The Yeni Şafak newspaper notes that after Turkey’s exclusion from the JFS program, Rosoboronexport invited her to purchase Russian 4 ++ Su-35 fighters. And Ankara is seriously considering this proposal.

The Presidium of the Ministry of Defense of the Turkish Republic asked end users and relevant departments, in particular, the Air Force command, to express their opinion on the Su-35. Negotiations with Russia will be officially launched if the military positively evaluates the aircraft and expresses its opinion about its necessity.

In the case of the sale of Su-35, it would be logical to assume that Turkey will receive part of the technology for the production of aircraft, as well as in the case of C-400. If Ankara enters into a deal involving the transfer of certain technological processes, it will have the opportunity to accelerate the rise of its own fighter into the air.
Military Reviewin Yandex News
Military Reviewin Yandex Zen
40 comments
Ad