Our Antarctica. Does Russia have special rights and interests on the sixth continent?

28 May 2019
11
Antarctica, the southernmost continent, can rightly be considered one of the most ambitious geographical discoveries made by Russian navigators. Today, Antarctica is a territory of international importance, not belonging to any country, but causing a lively interest from a number of states at once. But two centuries ago, the very existence of the southern continent was unknown. In 2020, we celebrate 200 years since Russian navigators Faddei Bellingshausen and Mikhail Lazarev discovered the southern cold continent.

Expedition to the mysterious continent

Before the journey of Bellingshausen and Lazarev, there were various rumors about the existence of the sixth continent, but no one before the Russian sailors could prove its reality. James Cook, who first tried to break into the southern cold seas, did not deny the existence of the sixth continent, but believed that it was impossible to get close to him because of the ice that impeded the movement of ships. 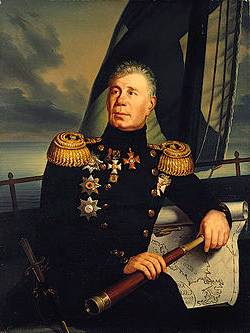 One of the main initiators of the study of the distant southern seas was Ivan Kruzenshtern, a navigator who commanded the first Russian round-the-world expedition. It was he who sent 31 March 1819 a letter to the Russian naval minister with a proposal to equip an expedition to the far southern icy seas. In his letter, Kruzenshtern emphasized that it was impossible to delay the expedition, because if Russia did not take the chance, then England or France would take advantage of it. Ultimately, the authorities gave the go-ahead to the equipment of the expedition. At the Okhta shipyard built the sloop "Vostok", at the shipyard in Lodeynoy Pole - "Peace". 4 July 1819, the sloops Vostok and Mirny left the port of Kronstadt and, beating Europe, headed south to distant and unexplored seas. 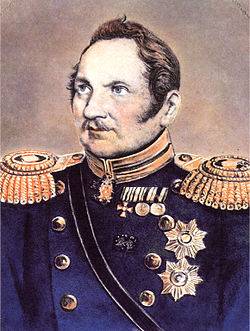 Mikhail Petrovich Lazarev, the future admiral and celebrated naval commander, and then the 31-year-old officer, who, incidentally, also had a lot of experience in long hikes, commanded the Mirny as a sloop boat. In 1813, for example, 25-year-old lieutenant Mikhail Lazarev commanded the Suvorov frigate, which set off for a round-the-world voyage. 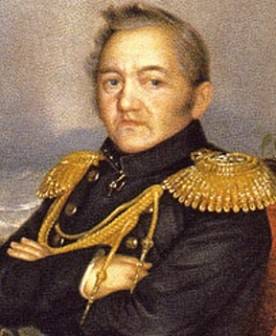 Probably, since Lazarev already had the experience of an independent round-the-world voyage, he was entrusted to command the Mirny sloop, being also the deputy Bellingshausen under the command of the expedition.

December 29 1819, the ships arrived in the area the research. Here, Russian travelers managed to establish that the territories that James Cook regarded as capes are in fact separate islands. Then Russian sailors started to perform the main task - the maximum promotion to the south. Five times during January - March 1820, the expedition crossed the Southern Arctic Circle.

On January 28, the sloops "Vostok" and "Mirny" approached the ice-covered shore, but approaching it turned out to be an impossible task. Then the expedition went around the whole continent, discovering and scoring dozens of new islands. On the way back, the Russian ships also continued their discoveries, the sailors collected unique natural science and ethnographic materials, sketched the animals and birds inhabiting the Antarctic. So, for the first time in stories mankind, managed to get information about the southernmost continent, although the true study of Antarctica, its geography and nature, was still to come. 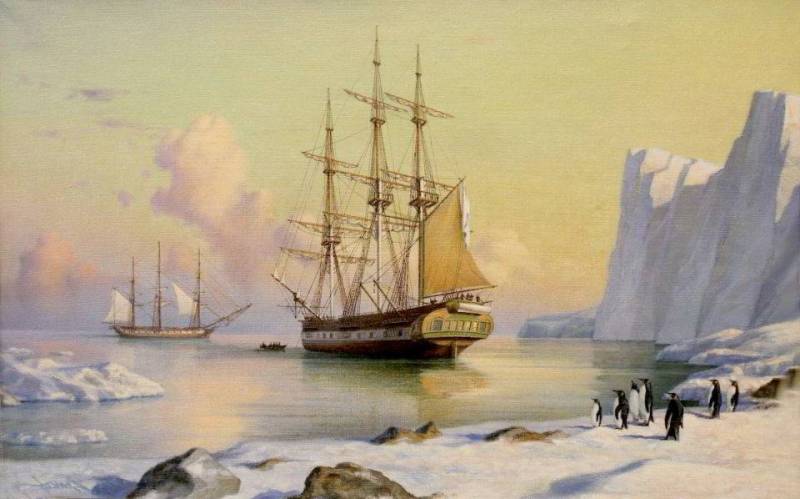 24 July 1821, the sloops Vostok and Mirny arrived in Kronstadt. More than two years it took Russian sailors on a journey to the shores of the distant continent. Of course, it was a real feat and one of the greatest geographical discoveries in the history of the exploration of the Earth. But Russia then did not take advantage of the discoverer of Antarctica - there were no resource opportunities for the development of the ice continent, even to secure any special rights to it from the Russian state.

Without Russia in the Antarctic can not

Meanwhile, by the right of discovery, Antarctica could well have been declared a part of the Russian Empire, and now our country would have every reason not only for research activities on the continent, but also for searching and extracting the natural resources of Antarctica. Indeed, in our days, when the need for resources is growing, and their number is decreasing, the time of the “battle for the Antarctic” is approaching.

So far, the United States and some other countries have laid eyes on the Northern Sea Route, on the Arctic expanses, trying to designate their presence in the Arctic and limit Russia's rights to the Far North. But to accomplish this task with the Americans and others like them is unlikely to succeed due to the fact that the Arctic really adjoins the Russian coast. It is quite another matter - Antarctica is as remote as possible from Russia, for which a number of states apply for special rights - from the USA and Great Britain to Chile and New Zealand.

Even in Soviet times, the question was raised that the opinion of our country should not be ignored by other states when deciding on the present and future of the sixth continent. Another 10 February 1949 of the year, with the report “Russian discoveries in the Antarctic”, was made by the President of the USSR Geographical Society, Academician Lev Berg.

Since then, the Soviet Union has taken an unambiguous and uncompromising position - the interests and position of the country should be taken into account when developing Antarctica, since Russian navigators made a huge contribution to the discovery of the sixth continent. 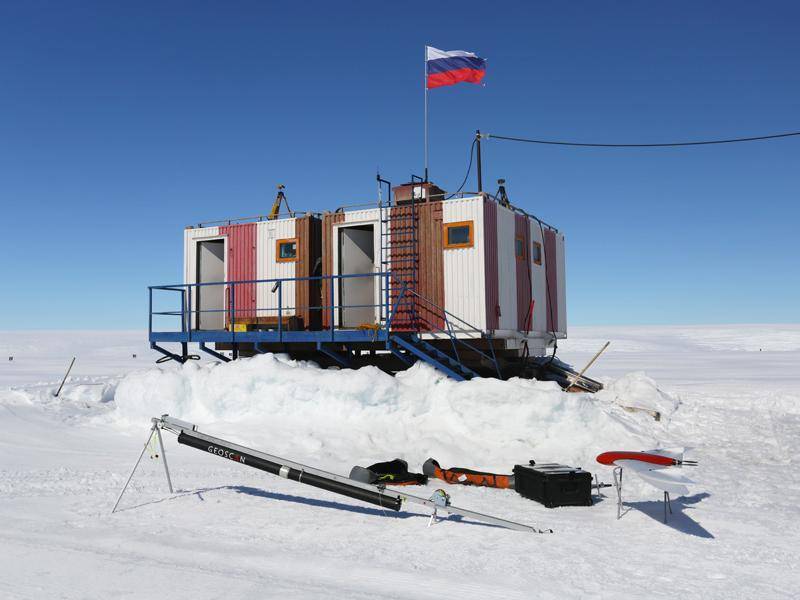 Whose is it, Antarctica? 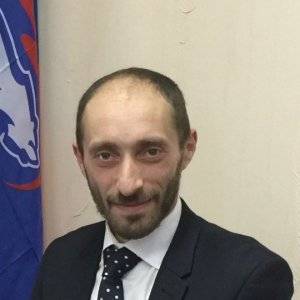 As lawyer Ilya Reiser, who has been studying Russian rights in the Arctic and Antarctic for a long time, stresses, Antarctica should certainly belong to all of humanity. But one cannot dispute the fact that Russia has indeed played a key role in the discovery of the southernmost continent itself.

- Regarding the right of the “first night” of Antarctica, discussions are still underway. Who is right?

- In the Anglo-Saxon world, first of all in Great Britain and the USA, the pioneer of Antarctica is considered the famous captain James Cook. It was his ships that first reached the southern seas, but Cook refused to go further, because he considered the ice impassable. Thus, it can be considered the discoverer of Antarctica with a very big stretch, or rather, he is not really like that. It is quite another thing - our seafarers. We know that in 1820, the sloops Vostok and Mirny commanded by Russian officers Thaddeus Bellingshausen and Mikhail Lazarev sailed around Antarctica, after which it was proved that this land is a separate continent, not part of America or Australia. So the real pioneers of the southernmost continent are Russian navigators.

- Nevertheless, a number of countries lay claim to the continent?

- Yes. In the early twentieth century about their specific rights to the said Antarctic UK. London justified this by the proximity to the mainland of the Falkland Islands under British jurisdiction. In 1917, the UK announced that it was the British crown of the territory between 20 and 80 degrees West Longitude. Then the Australian Antarctic Territory was annexed to Australia, and the Ross Territory to New Zealand. Queen Maud Land was ceded to Norway, Terre Adélie - to France. Chile and Argentina put forward their claims as the nearest neighbors of Antarctica. Of course, the United States play a very large role in the development of Antarctica; they also state their claims. And finally, the growing interest of China to the southern continent in recent years. 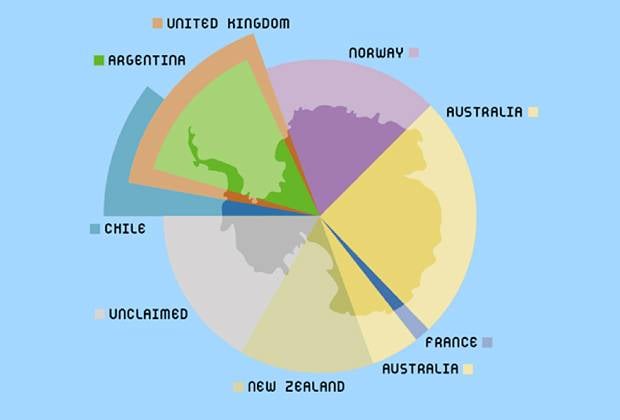 Our country has played a very positive role in resolving the situation in the Antarctic. It was at the suggestion of the Soviet Union were suspended for an indefinite period of territorial claims. In 1959, an international Antarctic treaty was signed. She was recognized as a demilitarized nuclear-free zone. weapons. The existing bases in the Antarctic of various states have only scientific and research powers, not being the territories of these countries. Also in Antarctica, the extraction of natural resources is prohibited. But this moratorium on mining is temporary - until 2048. And the battle for the resources of the Antarctic world can not be avoided. The contract is updated once in 50 years and it is possible that after forty years some changes will be made to it.

Russia and the "Battle of Antarctica"

It’s hard to disagree with our interlocutor. Indeed, just to the middle - second half of the XXI century, the world will inevitably face a shortage of resources, and here the rich possibilities of the sixth continent will turn out to be most welcome. For example, according to geologists, oil reserves in the Antarctic can reach 200 billion barrels. It is not by chance that now all who feel like it, from the Norwegians to the Chinese, are trying to “enter” Antarctica. Even countries such as the Republic of Korea, Turkey or Saudi Arabia, which had no relation to the discovery and exploration of the Antarctic, are now trying to designate their presence there, declare their interests in the Antarctic space. 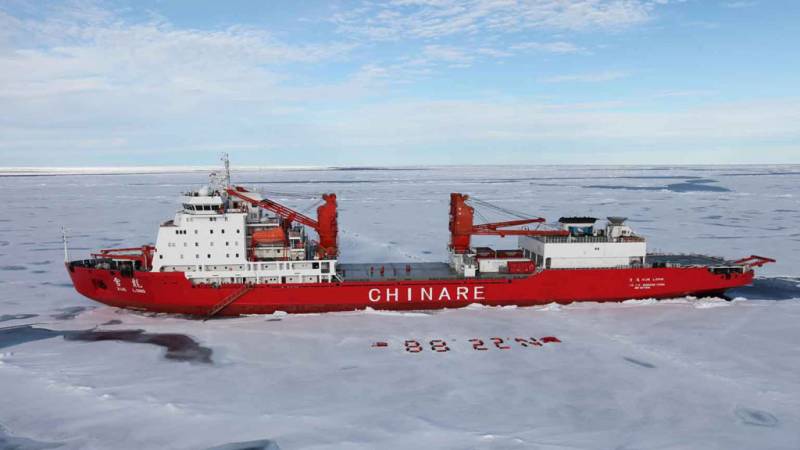 The most active in the Antarctic is China, which has a number of research stations equipped with the latest technology. In Beijing, Antarctic research is not stingy, and Chinese maps of Antarctica are replete with names like Confucius Peak. By the way, Chinese icebreakers are being built not only for the Northern Sea Route, but also for Antarctic expeditions. For example, the famous "Snow Dragon" has already visited the Antarctic. At one of the Chinese stations even hung a "talking" poster with the text "Welcome to China!".

If even the Saudis, Turks and Koreans, not to mention China, have attended to the future of the sixth continent, our country simply must as clearly as possible denote its rights in Antarctica. In no case should Russia miss its chance, which, moreover, is also the embodiment of historical justice. But what needs to be done for this?

First, the must be at the legislative level to underline Russia's role in the development of the Antarctic. There are grounds for this — even the most “hotheads” abroad cannot deny the contribution of the Bellingshausen-Lazarev expedition to the exploration of the southern continent. Russia should designate not a claim for certain special rights to Antarctica, since, in accordance with international agreements, not a single state can claim control over Antarctica, but its inalienable right to resolve all the most important issues of studying the sixth continent, the possible exploitation of its natural resources in the future (now, according to the Antarctic Treaty, a moratorium has been imposed on this operation).

Second, the it is necessary to more actively denote its presence in the Antarctic physically. Expeditions, research stations should be as large as possible, they should be numerous, focused on comprehensive research.

To realize this goal, you shouldn’t regret financial resources, since in the future Antarctica can bring much greater profit. But, unfortunately, while we see a reverse trend - the number of Antarctic stations is decreasing, primarily due to insufficient funding.

It is possible that sooner or later the question will arise about the military support of Russian interests in Antarctica. Antarctica is now officially a demilitarized zone free of weapons and maintaining neutrality. But will this situation continue in the future, especially in the second half of the 21st century, when the existing agreements on Antarctica can be revised? In the Arctic, for example, Russia is ready to defend its interests in a variety of ways and means - from legal disputes to armed defense.

Ctrl Enter
Noticed oshЫbku Highlight text and press. Ctrl + Enter
We are
Kuriles - an integral part of our homelandBattle of Antarctica
11 comments
Information
Dear reader, to leave comments on the publication, you must to register.